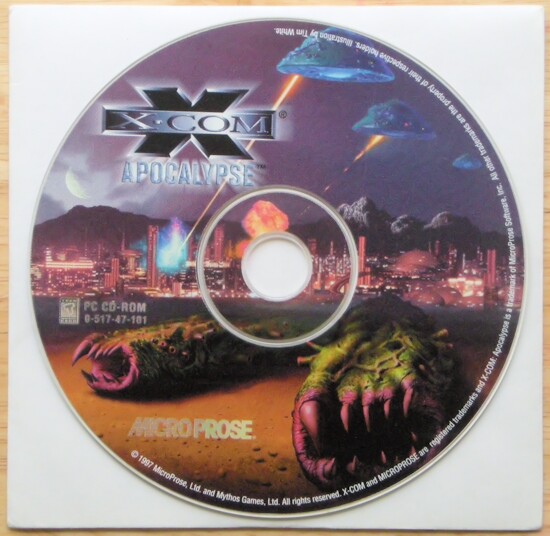 The Game
Unlike previous X-COM entries, Apocalypse does not take place on a global scale. Instead, it is situated within a single city, Mega-Primus, which is being invaded by an alien race unrelated to the Cydonians from the first two games. Instead of being judged by a global committee, your actions are judged by the local businesses, mostly arms and transportation dealers. You must buy the majority of your equipment from these businesses (eventually you will begin manufacturing some of it yourself), and only a limited amount of goods are available each week. If you look past the unrealistic economic model of Mega-Primus (why these companies are charging you for equipment when the whole city is on the verge of being destroyed is never explained), it feels like a real city. Cars drive around, transports bring you your equipment, buildings are damaged as you blast away at UFOs over the skyline, huge aliens wreak havoc in the streets, and minor skirmishes are waged in the streets between corporations. The only minor problem is that Mega-Primus looks bad. In the day, your hometown is a nightmare of bright primary colors, and things only get bearable to look at during the evening, when it gets good and eerie like an X-COM game should be. This is in sharp contrast to the creepy ambient music, which would be terrifying if it didn't jar with the decidedly un-creepy environs.

The city model lends an air of innovation to the combat in Apocalypse. The majority of the battles take place indoors: Large warehouses, factories, and apartment buildings (both ritzy and run down) will need to be defended. These settings also include perhaps the best addition to X-COM's combat system - they can be destroyed. Machinery explodes, huge chasms can be created in the floors, and whole levels can come tumbling down on unfortunate combatants standing underneath. The dynamic environments can be used to your benefit, but they will cost you - enough damage and the owner will come looking for some payback, usually of a financial nature, but occasionally he'll just take some potshots at your vehicles or stage a raid on one of your bases.

The real time element is much better than the first two releases. Since it's not true "real time," you can pause or slow down the action to assign orders, then watch them play out simultaneously with the opposing side. Your agents, with experience, act more intelligently, taking cover and firing from a safe position. As an added bonus, it makes the missions extremely short affairs, sometimes on the order of two or three minutes, as opposed to the two or three hours needed to complete longer missions in turn-based play. But the real-time lacks the suspense of previous X-COMs, and it's hard to have that same sense of familiarity with your agents when you don't spend several minutes mulling over their every move. Both the real-time and the turn-based have their drawbacks and their merits, and you will undoubtedly spend your time alternating between the two.

The alien race you're up against is by far the most interesting thing about Apocalypse, and brings back that spark of excitement each time there's some new species to research (and there are many more alien types this time out). Research is split into two areas, Bioengineering and Quantum Physics. The latter researches new equipment and technology, while the former researches the prisoners and corpses you bring back from combat, as well as a great deal of the alien technology, which, it turns out, is almost entirely organic (leading to some terrifying weaponry you must face, including an enzyme-based firearm that dissolves your agents' armor and sets off any explosives on his person). The end game is more elaborate than in previous chapters as well. Instead of a single attack on a distant base, you must infiltrate the alien home world, turning the tables as you raid their buildings one by one.

X-COM: Apocalypse is is an amazing turn-based game. Once you are past the learning curve everything that made X-COM great is still there, from the surprise at meeting a new alien species to the joy of researching a technology. In other words, it's a lot of fun. 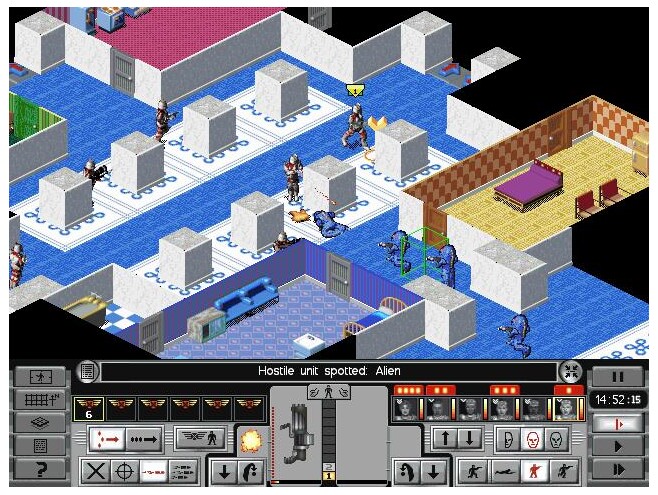 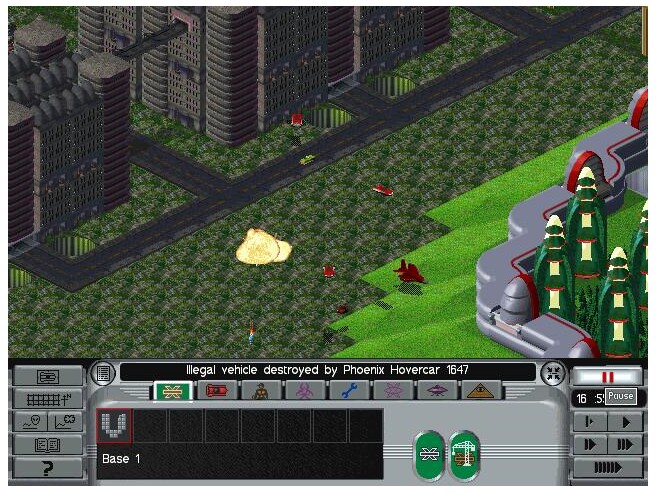 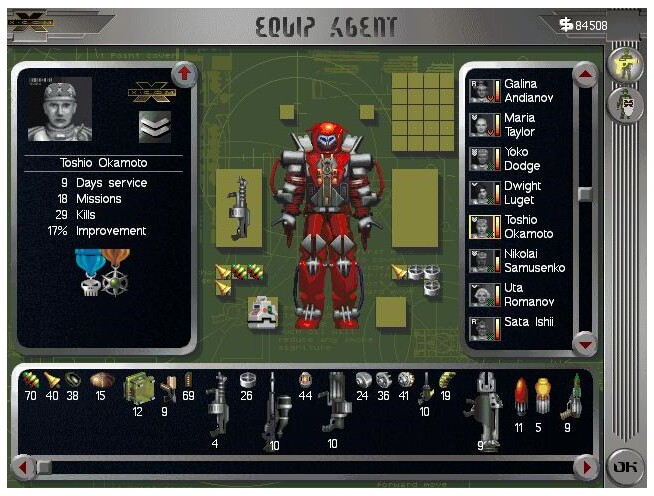 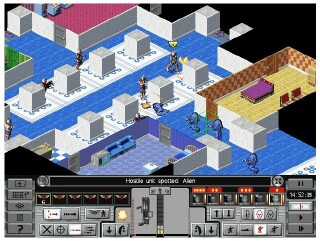