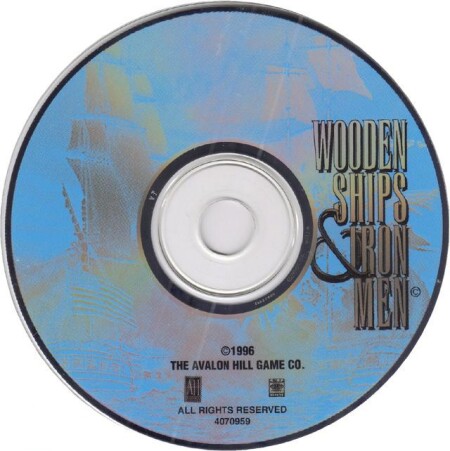 The Game
"Don't give up the ship!" shouts the captain to his crew as the masts fall. "Damn the torpedoes!" is the cry as the warship engages a superior force. "Agh!" is heard as your frigate merrily heads south while the computer-controlled ship turns away to the north. All of this can be yours with the purchase of Avalon Hill's Wooden Ships & Iron Men.

Wooden Ships & Iron Men is a turn-based game that allows you to recreate naval battles from the 18th and 19th centuries. You begin the game in a Pirates-style main screen from which you may play a scenario, a campaign, or a game via e-mail. If you choose the Scenario option, you can also visit the Scenario Editor to create your own missions. (It's pretty average - simple to use, but limited in the types and names of vessels.) If you're happy with the canned scenarios, you jump straight to the combat view once you've made your selection.

The campaign mode is definitely the road to take with this game. As the commander of a US ship during the War of 1812, your job is to sink as many English ships as possible. The campaign is presented as a Captain's Journal. You may encounter many enemy warships, and fleeing from combat is sometimes the best course. Since you can't replace injured crewmen during the voyage, a charge into the guns of the English ship-of-the-line would be truly insane. When your ship runs out of supplies, the game is over.

The game screens are in adequate SVGA. The ships look good when the view is zoomed in, but you'll rarely be able to see your opponent's ship from here. Control is simple - a couple of clicks of the mouse enable you to change course, load the cannons, or reassign your crew to stations. You give the orders, then tell the computer to execute them.

As it stands, the game is a faithful conversion of the old board game. The computer AI causes some head-scratching, but does make the game entertaining. 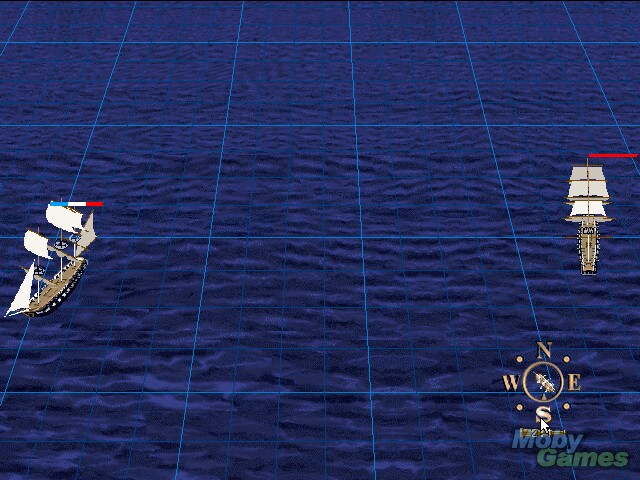 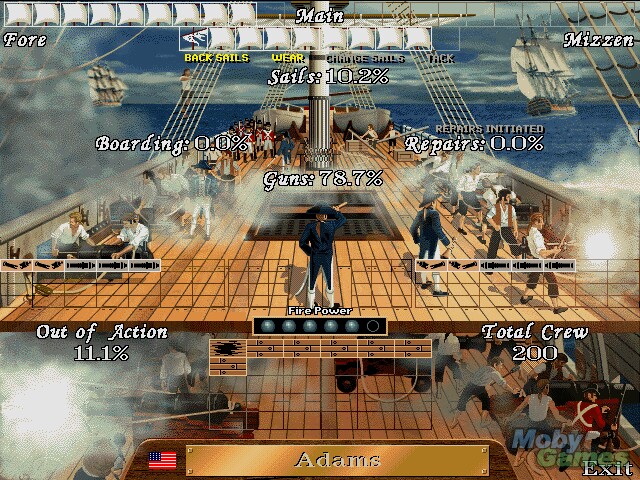