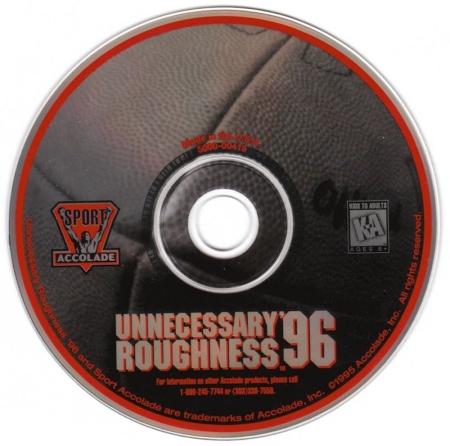 Actual Game
The Game
Unnecessary Roughness '96 is the 1996's incarnation of Accolade's series of American football games. Updates in this version attempt to correct the "arcadish" feel the previous had with a much bigger emphasis on team management and coaching. You can buy entire teams, make any trades, set salary caps, manage rosters and injuries, etc.

The statistical side of the game is spruced up, with more realistic scores, and an additional play-designer added to the editable features, which allows you to store up to 1,300 plays, to which you can even add audible calls.

On the gameplay side of things new features include an automatic pass reception which allows you to basically concentrate on using the quarterback. Also available is two player cooperative or vs gameplay modes, and new, clearer graphics, animations and sounds. 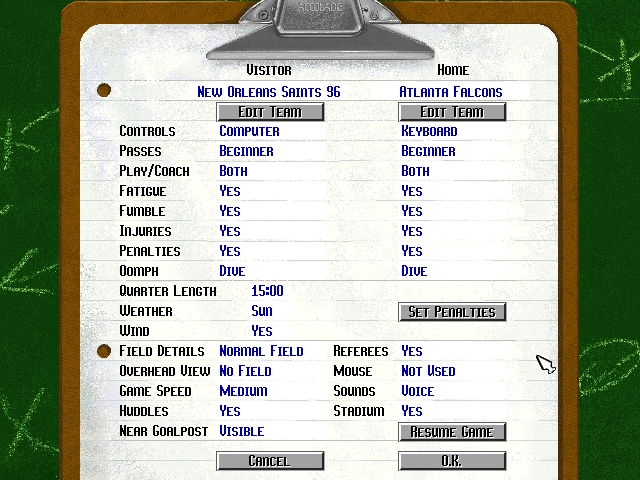 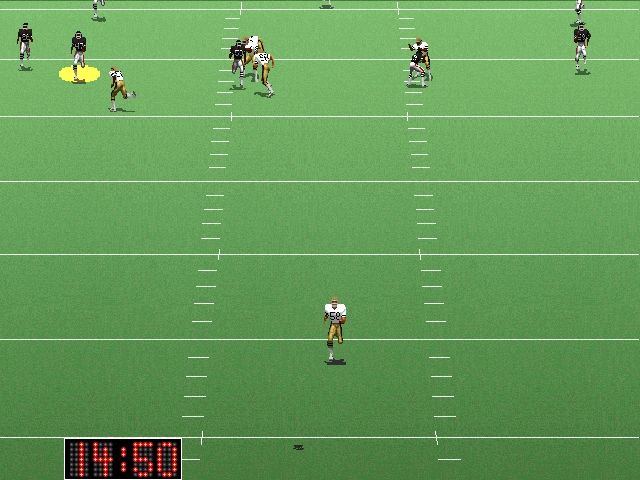