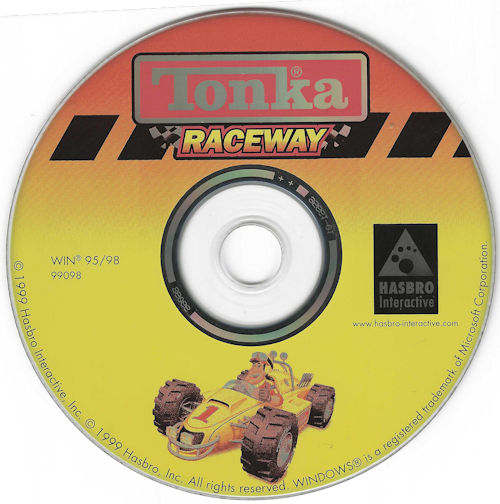 The Game
Tonka Raceway is a fast, furious third-person racer from Hasbro Interactive. Comparisons to R/C Pro-Am, another game of the era, were inevitable. What allows it to strike some kind of individual ground is the wacky, twisty design of its tracks, which will, quite literally, lead you in circles.

Basically, you race around these mad tracks with three other vehicles. The tracks, for the most part, are rather cramped, as the computer-controlled racers will usually race close together in some tight cluster, and you can't go off-road. This leads to some crazy, bumper-car-style racing, replete with awful 360s, dead-wall stops, and all manner of frustration. Because the AI racers are a little on the dumb side, it's usually a cinch to finish each race first, granted you can maneuver through the tracks, which tend to get sort of wacky about three races into a circuit.

After each race, you'll earn credits that you can use to upgrade your little machine. Factors such as tires, turbo, brakes, and your engine can be augmented, though, truth be told, the actual effects are a little on the abstract side; sure, you'll feel your car go faster, turn easier, and whatnot, but after the first few upgrades, you'll be so far ahead of the competition that any other enhancements just seem vainglorious. The truth is, it is quite possible to beat this game every time you play it, provided you have the time and desire to do so.

All in all, Tonka Raceway is a fun, albeit light racer. Everything moves at decent tempo, and the rumble effects are solid. 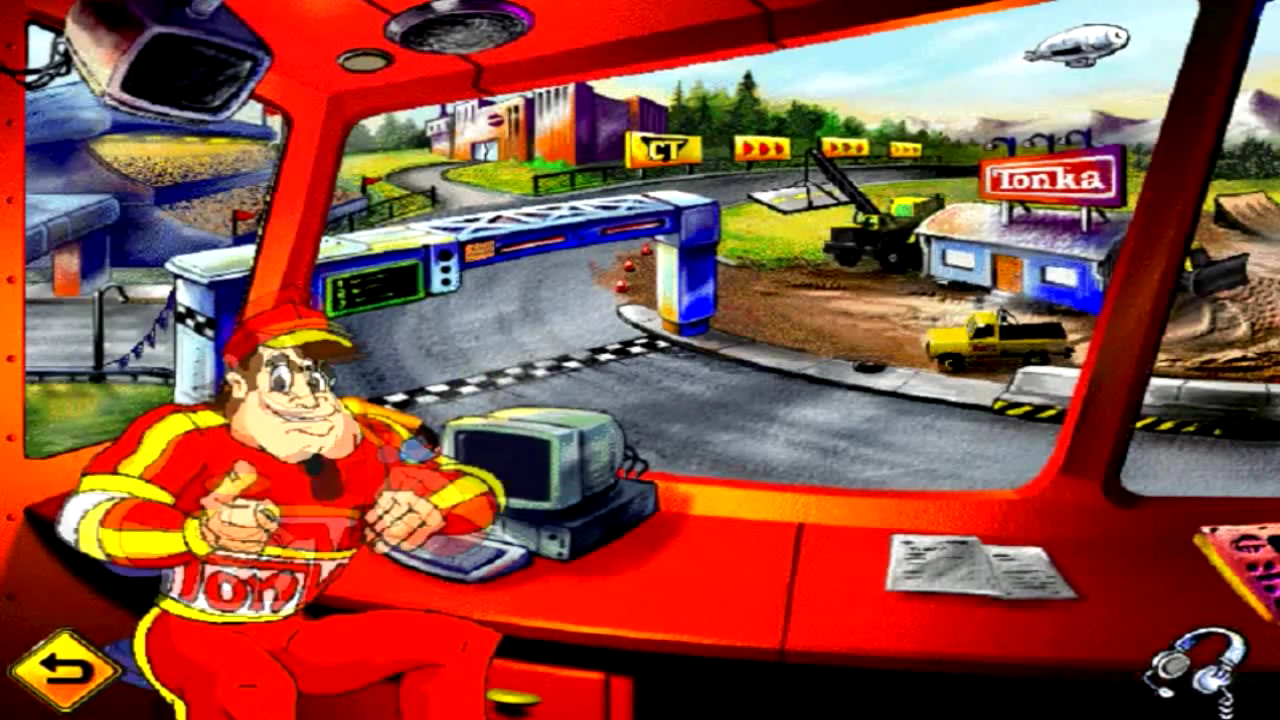 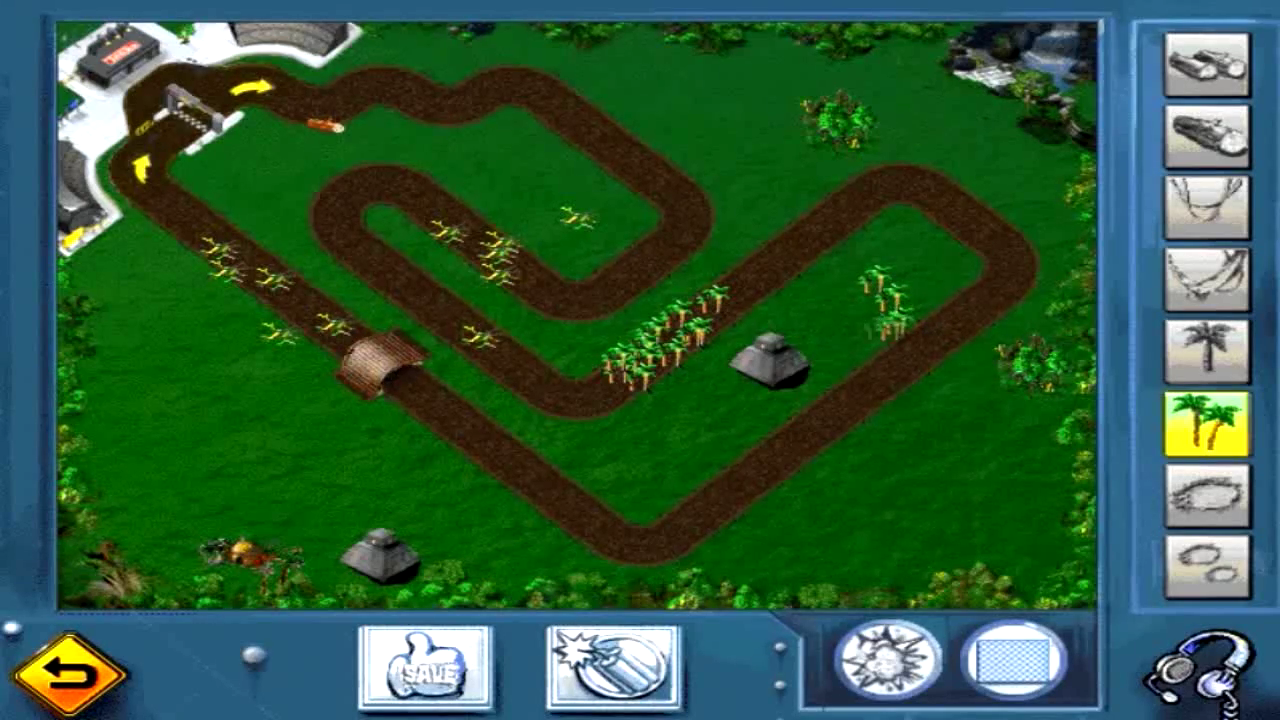 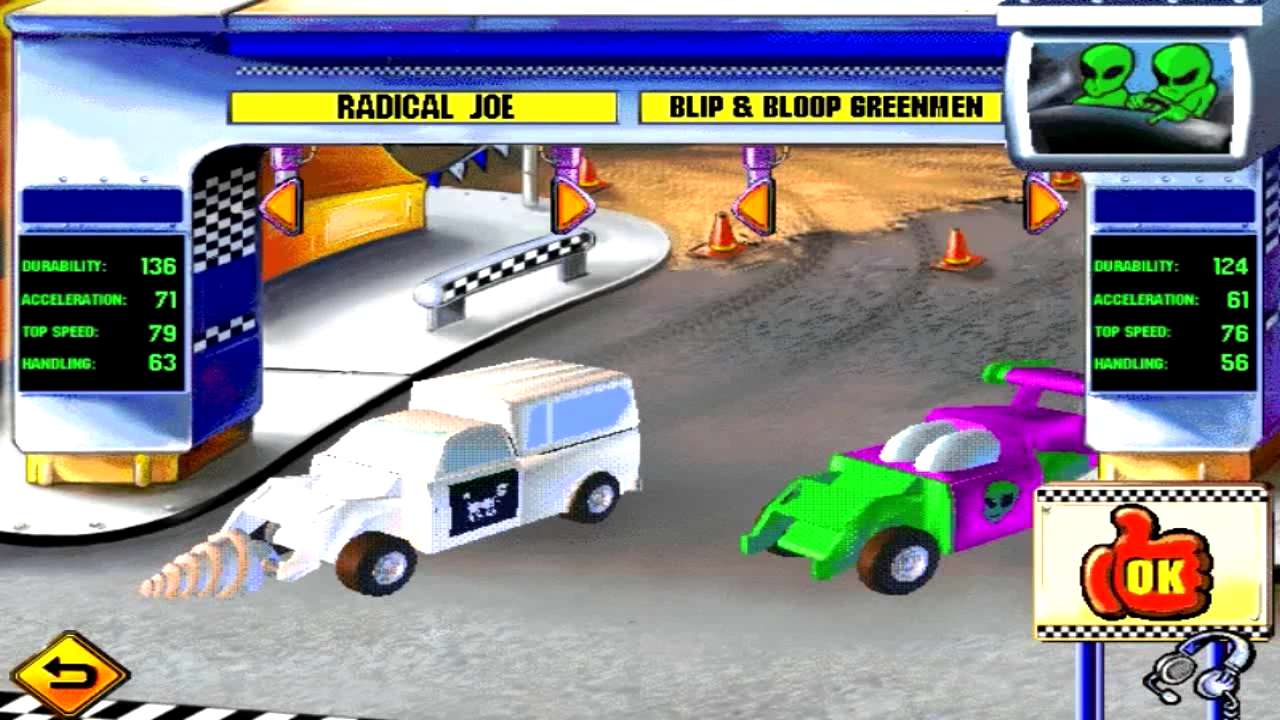 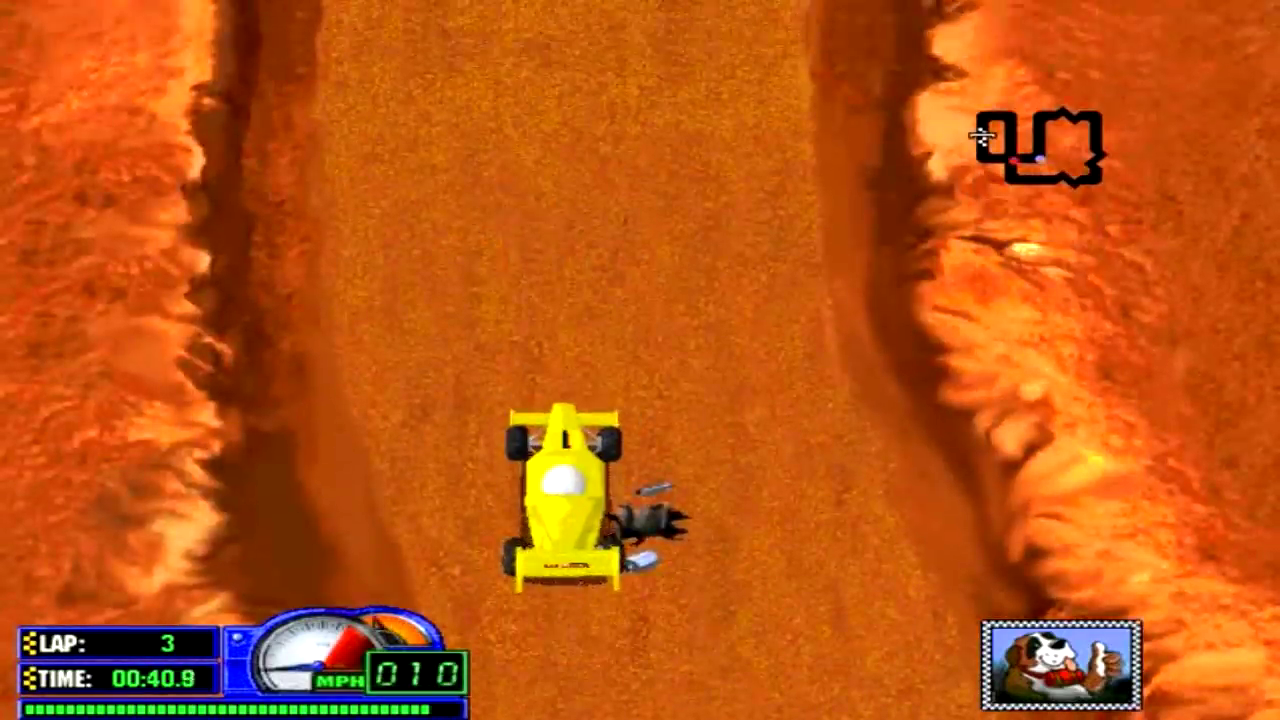