The Game
The game captures a significant piece of the dramatic and oft-told of the Titanic. The title serves as both an adventure game and a virtual recreation of the ship itself. An optional "tour" feature of the game allows you to explore the ship without game constraints (and without a savegame capability), and even by itself could justify spending time with the game for Titanic buffs or those just interested in what the ship must have been like.

Titanic the adventure game begins with you in a small apartment in England at the beginning of the Blitz. You walk around for a few minutes, reading your mail and filling in the pieces of your character's past as an agent dismissed from the British Secret Service for his failure in a mission on the Titanic. Sent aboard the ship to trail a possible German agent in the years before World War I, your character, it's implied, may have been responsible not only for that war, but for the one that England, and the rest of the world, is set to enter in 1939.

As you contemplate the postcards and notes that tell this story, a German bomb explodes outside your window. Somehow, you are propelled back in time, waking in your cabin on the Titanic just as she sets sail. You have been given a chance to go back in time and successfully complete your mission once again.

Navigation through the game is fairly simple: the keys are your feet, and the mouse your hands. The view is a high-res SVGA window on the Titanic itself, and you can walk almost anywhere in the ship, talk to people, and interact with objects by clicking on them. This is a fully realized, fairly dynamic environment that helps really bring the ship to life: You can inspect the china, walk the deck, and see people come and go. without even playing the game portion, and many Titanic buffs may want to see this game for that purpose alone.

There are a couple dozen characters to talk to, and they will give you clues, help with your mission, and send you spinning into all sorts of subplots, from the Irish maid and her illegitimate baby to the bad steel that may be in the Titanic. Social climbers, bon vivants, third class characters, aristocracy, businessmen, and other spies abound, and there is plenty to learn.

Aside from talking to people, there are also objects to pick up and use to help solve puzzles and advance the story. Once you get through all these plots, you come to the actual point where the ship hits the iceberg. From then to the end of the game, you are racing against the clock to perform a number of tasks before the ship sinks, or your mission will fail. I normally don't care for time limits in adventure games but it works very well here and fits nicely with the story. After all, if the ship were sinking, you would be prettly flipping motivated to get things done.

Titanic an interesting story, a visually sumptuous and often thrilling re-creation of the ship, and much to do and see. If you are a fan of interactive dialog you will appreciate this game. 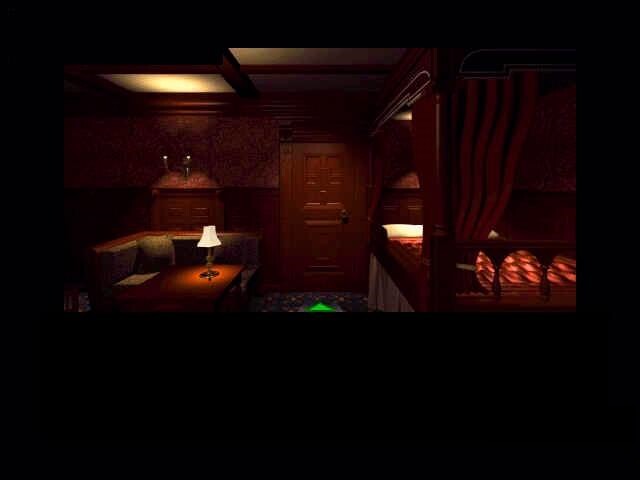 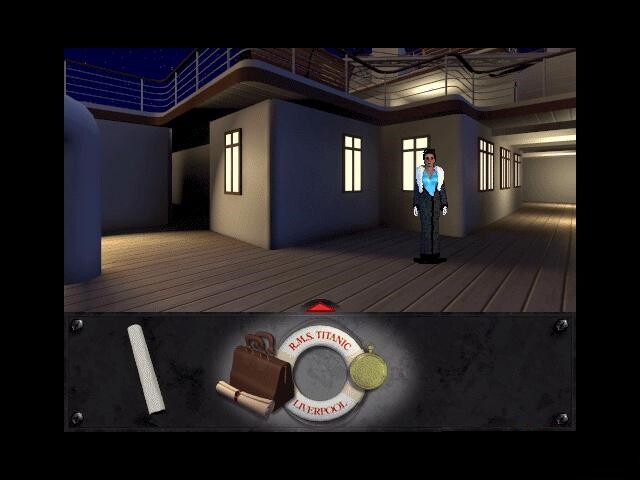 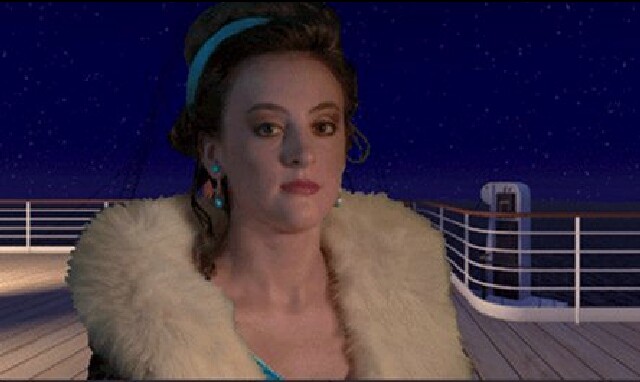