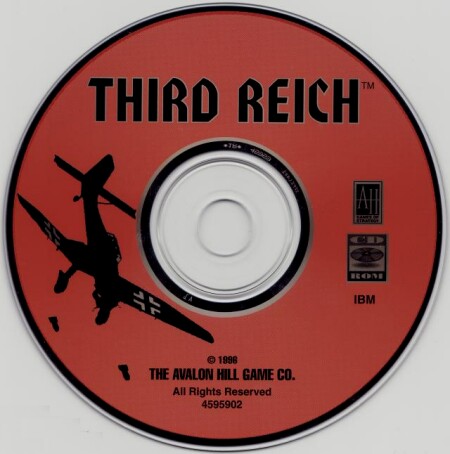 The Game
Third Reich is a workable PC adaptation of Avalon Hill's great boardgame. The interface is relatively intuitive, and documentation fairly complete and helpful.

The game is best described as a thinking man's 'Axis and Allies'--- WW II grand strategy (in Europe only, alas) with a little more historical accuracy and strategic tension. Heavy emphasis on economic factors, and a rigorous if relatively simple combat system. The game starts in 1939, which is a big plus: the conquest of France and the low countries COULD go swiftly and easily, but that was certainly not a 'given' historically, and yes, it CAN bog down into a bloody slugging match through 1940. Also, Germany is saddled with its weak Italian and E.European allies in this game. 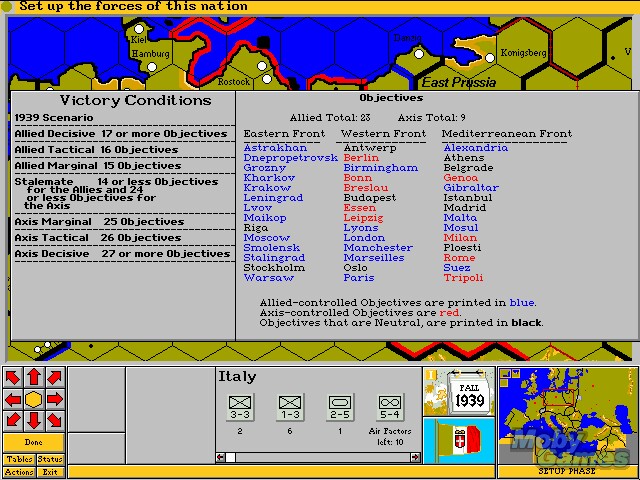 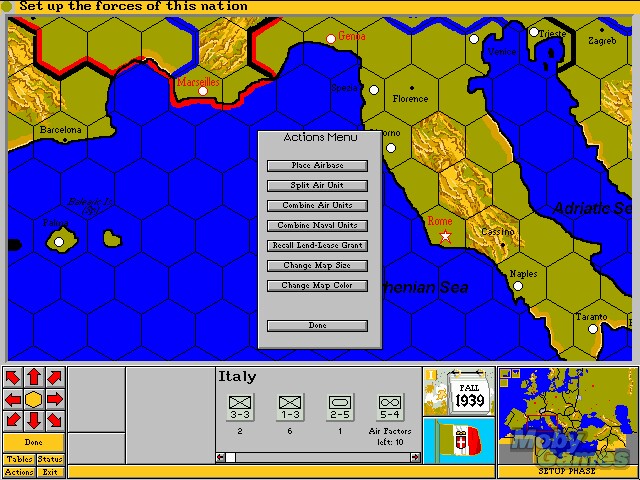