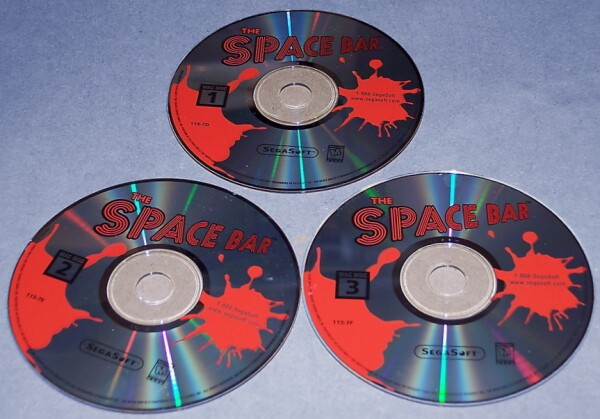 The Game
Steve Meretzky, for those who aren't familiar with his name, was one of the creative forces behind Infocom during its heyday. The writer of such memorable titles as Planetfall, Sorcerer, A Mind Forever Voyaging and Leather Goddesses of Phobos and more recently Hodj 'n' Podj and Planetfall: The Search for Floyd is back with The Space Bar. As one of the innovators responsible for creating "interactive fiction" one could reasonably expect something of exceptional quality from someone who's been doing it for as long as he has. As far as I'm concerned, he lived up to his reputation in this late 90s classic.

Alias Node is a human cop working on Armpit VI, a company planet owned and operated by Amalgamated Vacuum. Armpit VI is a dismal mining planet where an ore called Uptite is mined and refined into Upshot. As a members of the Amalgamated Vacuum Security Force (AVSF), Alias and his partner Maksh become directly involved in solving the break-in that occurred at headquarters after one of the original officers assigned to the case died in their arms. A datacard was also given to them with information that the suspects were most likely headed to a bar called The Thirsty Tentacle. Armed with this information, and being the closest officers on the scene at the time, they take over the investigation and head for The Thirsty Tentacle.

As a member of the AVSF, Alias is trained in an interrogation technique called Empathy Telepathy. By talking to a suspect for long enough, and engaging them on an emotional level, you can enter that being's memories and relive a memory through that being's eyes. Since each "emp-tel" flashback is like a mini-game, by solving the flash-back Alias will have a new clue to help solve the case. Given that the suspect is likely headed off-world on the next available shuttle, Alias has only so much time to locate and arrest the killer. In that time, Alias has to meet and talk to a lot of people before being sure that he's got the right being. No point in making an arrest, especially if it'll only land you in a jail cell with someone called Fang.

The detailed writing is probably the first thing to manifest its scope and detail in this production. The opening movie alone demonstrates that this game was not just cobbled together in a matter of months and rushed out to production. Real work was put into creating a coherent and self-consistent world where real beings interact and come together in this spaceport bar. By the time the movie is over, the player will appreciate who his game persona is and just how he fits into the whole situation. Being the only human on the force and the fact that all aliens find that humans resemble Jerry Lewis is just one of the details that makes the writing in this game memorable. Also, meeting Thud will, in all likelyhood, also be memorable for most players.

Visually cohesive is probably the least worst way of saying that this game is going to blow your doors off. From the moment the intro movies runs, right to the very end, no detail is left to the imagination. Sharp crisp and perfectly suited to the subject matter, the backgrounds alone are impressive. The animated segments will also leave you wondering if you're not interacting with real beings. Admittedly not quite as smooth as the movie clips, the realism is quite striking. Movements match the spoken lines right down to facial expressions. Great attention to detail was used in including and blending all the clues and useable items, so the player will have to pay particular attention when trying to find them against the backgrounds. A full 360 panning view is available at all times with lots of things happening in the background. The player is, after all, in a bar and people aren't going to sit around all night to be interrogated.

Complete sound integration has also been achieved in this production. The background music is courtesy of the band playing on-stage. When they're done a set, they'll take a break. This also means that Alias will be able to talk to them and maybe get some more clues. At any rate, the music is just what one would expect in a bar filled with aliens. The ambiance is also filled with all the sounds one might expect to be hearing when aliens get together and start talking. Clicks, squeaks, and a general murmur also make up the background sounds that give this game added realism. Interacting with characters is also done in full spoken conversations, for the most part, with all parts quite believably rendered. One can clearly determine a character's mood or disposition from listening carefully.

The game interface is quite easy to learn with the cursor changing as needed as it travels over objects in the view. Left clicking the mouse keeps the action going. In each view, except in conversations, a Personal Digital Assistant or PDA at the bottom of the screen can be accessed at anytime for such things as a map, the current time, system functions, current inventory and an activity log. System functions include saving/restoring a game and several game options. A player can modify the music volume, the audio volume (or all the stuff that's not music), whether to show the fly-throughs and panimations, perspective correction and panning speed. Fly-throughs are scenes of what can be seen walking from one place to another. Panimations are the things that happen in the background, such as people circulating in the bar and the activities of the stage performers. Perspective correction is a trade-off between having things look really good and having the computer speed along. It's up to the user to determine what setting works best on their system. Plus, if so desired, the default settings can be restored if a user needs to start from scratch. Other options include restarting the game, showing the credits, a help button and an "Okay" button to return to the action. Oh, a quit button was also included, although why you would want to use it is beyond me. Keyboard shortcuts for all the functions are also available at anytime.

This isn't a game you just throw in and expect to be able to play in a short period of time. Quite the contrary. With 3 CD-ROMs full of information and graphics, expect to be playing for a very long time. Bear in mind that there are no less than nine "emp-tel" flashbacks to solve, each one a game in itself, in addition to solving the main mystery of who is the killer. A daunting feat sure to capture and consume any and all free time left in any busy schedule for the next few months. Excellent value for the money, in my opinion. And, of course, from the people who came up with Invisiclues, a hints hotline has been set up to offer assistance if one really gets stuck. It's also good that they put in such a handy-dandy save and restore system because you're going to need it.

In the end, the writing alone makes it worth playing, but when you combine all the elements in just the ways that the team at Boffo has done, then you have a real winner. If you remember and enjoyed all the old Infocom classics, you're really going to love this one. And if you're discovering the whole genre for the first time, this is probably the best one to start with, bearing in mind that anything else will probably pale in comparison. 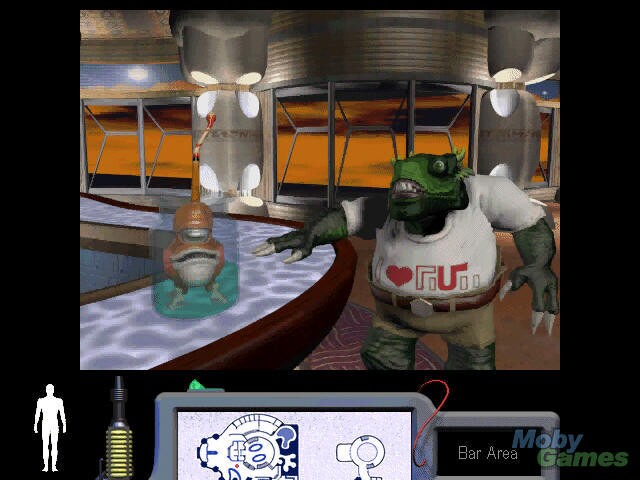 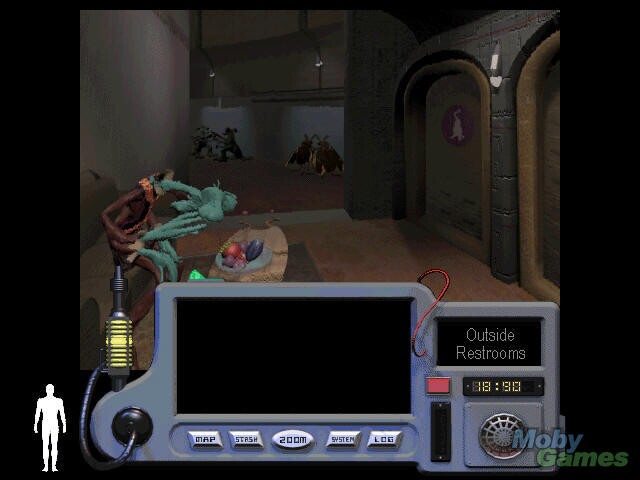