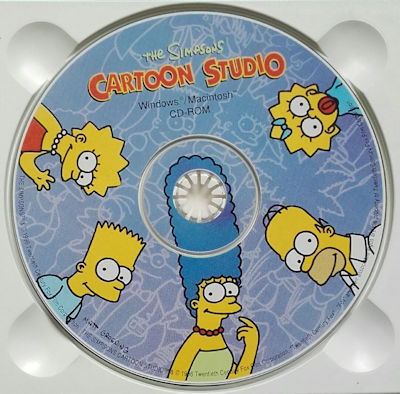 The Game
The Simpsons Cartoon Studio allows users to create their own Simpsons cartoons, using characters, sounds, music, and locations from the show. The cast members of The Simpsons provided their voices for the program. To create a cartoon, one first selects a background, then inserts characters, props, and special effects, and after that adds dialog, sound effects, and music. The program allows users to send the finished cartoons to friends through email or save it onto a hard drive.

The program itself provides a lot of raw material. There are seventeen characters, fifty special effects, two-hundred-and-seventy props, and thirty-five backgrounds in The Simpsons Cartoon Studio, with thousands of individual cels hand-drawn by actual The Simpsons cartoonists. Every character has a set of actions; for example, Homer can crawl, ride on a tube, and run away screaming, while Bart can run, trip over, cycle, ride his skateboard, and paint graffiti with spray-paint. Backgrounds featured range from the Springfield Nuclear Power Plant to Bart's room, and props include tables, blenders, and the three-eyed fish Blinky.

Layering characters, props, sound effects and dialogue into seamless animation is no small task, and you'll invest a good chunk of time with it before you're ready to premiere your own Simpsons episodes. But if you're fan enough to go the distance, this is a remarkably versatile program that turns out great-looking cartoons. The Simpsons Cartoon Studio may be more the '90s answer to Colorforms than a finely tuned animation resource, but dang if it isn't fun to watch Smithers and Mr. Burns hula across the monitor as a three-eyed fish swims by. 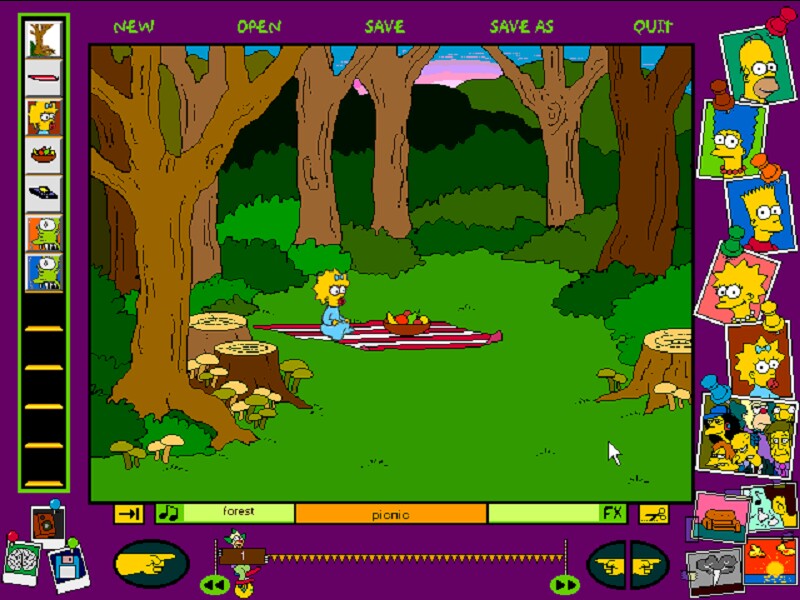