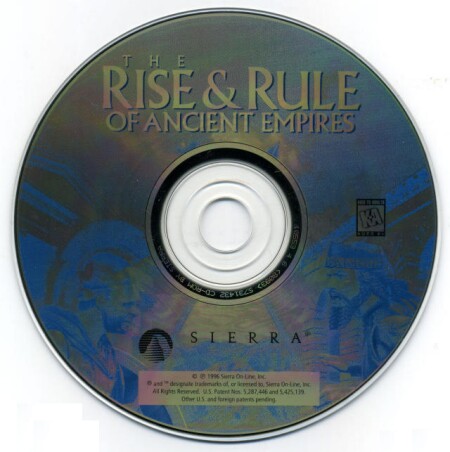 Actual Game
The Game
You begin the game by choosing one of six ancient cultures (Greek, Egyptian, Indian, Mesopotamian, Chinese, or Celtic) whose ultimate objective is building an empire that will rule the world. After the opening credits (which are not all too impressive), you are left with a screen containing a mostly-darkened map and one lone settler. It is now up to you to direct your settler's path and build the ultimate empire. With the new city built, you have a few choices which gradually increase with your population and intelligence (as if your intelligence could increase while playing this game). From then on you are on your own to explore, build, and hopefully conquer anything in your way. Various archetypes such as military units (which include light to heavy infantry, cavalry, missiles and galleys), merchants, settlers, and philosophers exist in this game.

Along with an endless array of characters under your direct control, you also have the opportunity to build and expand your cities in order to develop a nation capable of conquering the world. When you first start out, your city consists of just two buildings, but with time and energy you can slowly build your city to a bustling metropolis (or at least its equivalent in ancient times).

What sets apart Rise & Rule from other civ games of the time is its narrow time span (the object is to win by A.D. 500), smaller number of unit types (around 12) and scope of ancient research (5 categories). Anyone familiar with Civilization II, Caesar, or other mid 90s conquest titles would feel at home with Rise & Rule. 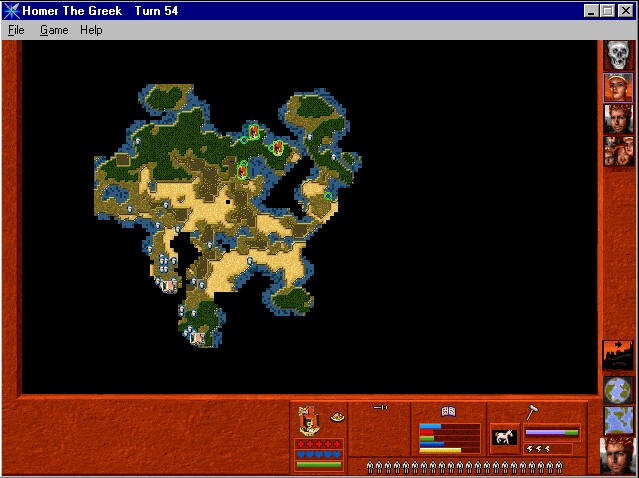 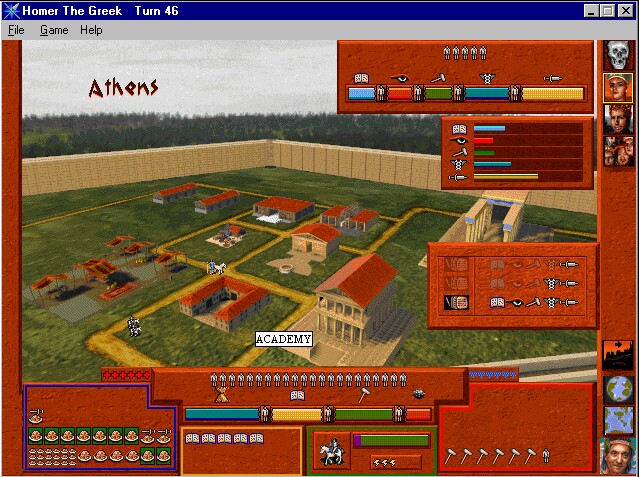