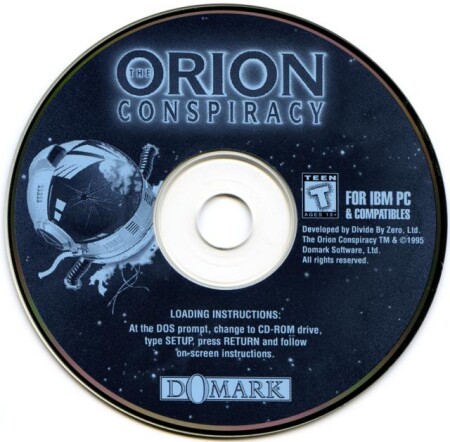 The Game
The Orion Conspiracy is a futuristic adventure game set in the year 2160, when space travel is a common thing. The player controls the Irish man Devlin McCormack as he arrives at the deep space station Cerberus following the death of his son Danny. Initially he only intends to stay for a short time, but when it is discovered he was murdered, he decides to stay and investigate the circumstances of the death. The game starts immediately after McCormack's arrival on the ship and the funeral. As the story progresses he has deal with his son's homosexuality, but there is also another major plotline that involves the Kobayashi Corporation, a secret research project, a black hole, an aliens that are trained to be slaves, which leads to an invasion. He also has his own skeletons however, shell-shocked from a war and accused of having driven his wife to suicide.

Gameplay is typical for graphical adventures of that time, with a third-person view and a point-and-click interface. When browsing an environment the cursor can be moved over objects. Objects that can be used are highlighted. After clicking them, a number of actions becomes available through icons at the bottom of the screen, such as examining them, or picking them up. There are conversation trees when talking to other characters and both subtitles and voiced speech are supported. The game contains a large amount of profanity, with words that are generally censored or avoided in other games. 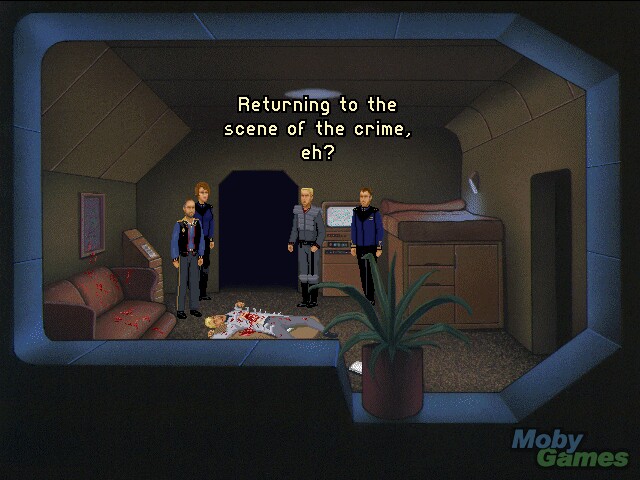 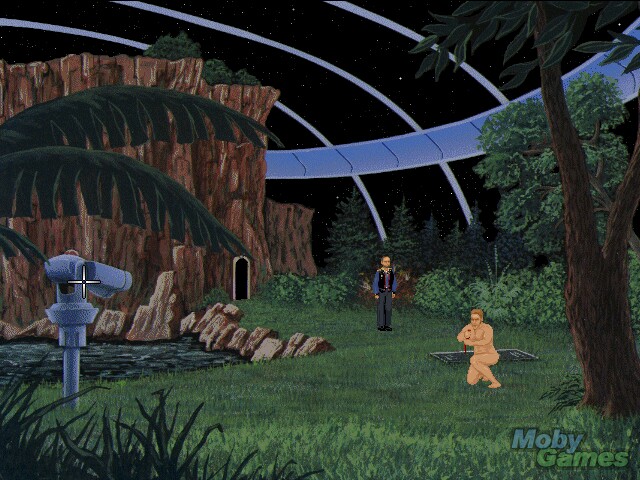