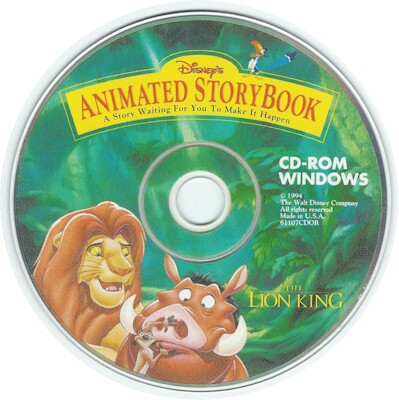 The Game
Disney’s Lion King Animated StoryBook is a beautifully drawn, well scripted package that does an excellent job of recreating the popular movie. The CD version is built around 20 basic screen shots. Each screen has a sentence or two of text at the top, which is read by a narrator while word phrases are highlighted. After the narrator finishes reading the text, the user’s cursor appears as a lion’s footprint, along with two side panels presenting options for user interaction. In approximately one-half of the screens, users have the opportunity to explore the depicted scene, by clicking on the various characters and objects. In one particularly well drawn scene, a sequence of appropriate mouse clicks restores life to the burnt-out remains of the pride lands when Simba defeats his uncle Scar. Other options include asking Zazu, the narrating bird, to re-read the text, and asking the old baboon Rafiki to define some of the words in the text. Three screens also offer optional games: a make Simba pounce on Nala game, a connect the stars to make imaginary constellations exercise, and a grab the crawling bug and feed it to Timon game.

The sound and graphics are consistent with the Disney movie, with all the characters using recognizable voices.

Overall the Lion King is a very good animated storybook, and is educationally sound when viewed in that limited context. It is also a potentially useful supplementary reading tool for young pre-readers and beginning readers. For older children, its value is strictly entertainment. 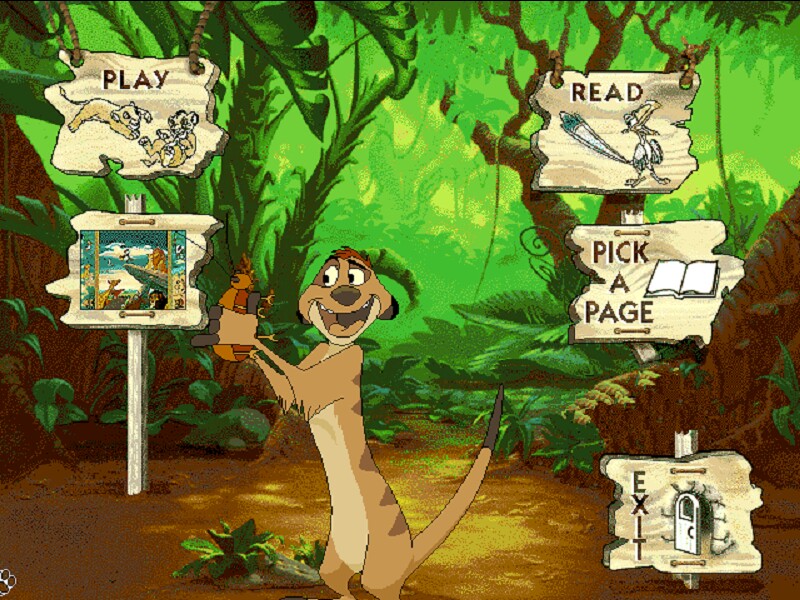 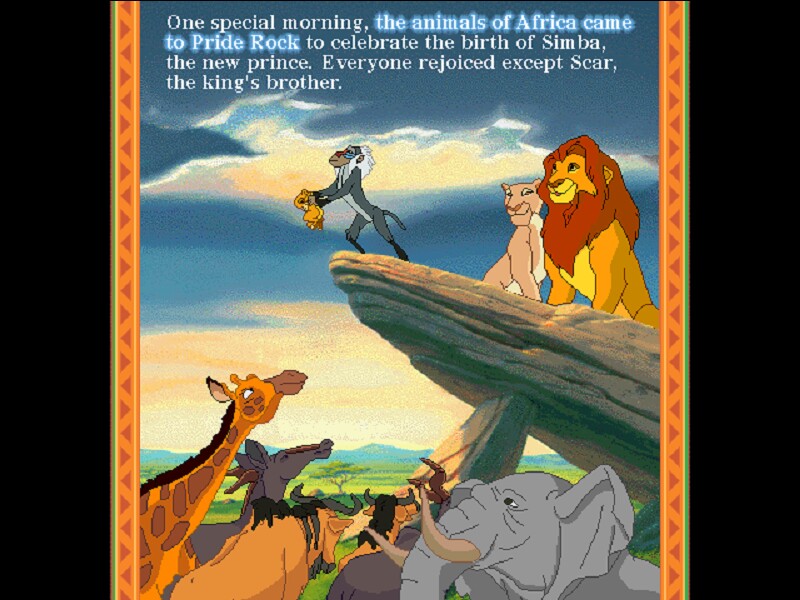