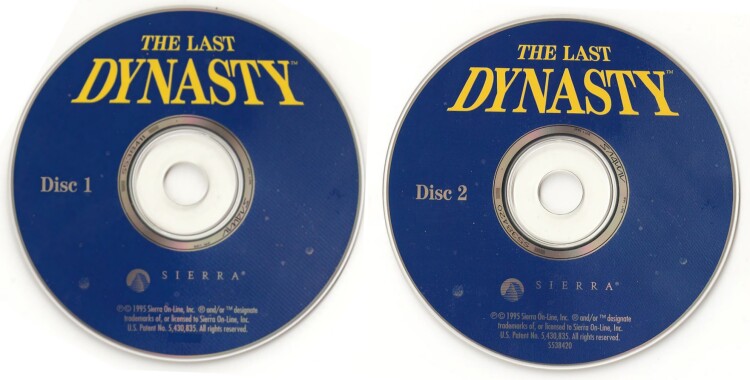 The Game
The Last Dynasty was the largest production from Sierra On-Line during the mid 90s, with a budget of over two million dollars. We are far from the time when games were designed and programmed by a single person. By 1995 an entire cast of programmers, graphists, musicians, scriptwriters and professional cinematographers were necessary to reach high-standards in multimedia productions.

The Last Dynasty blends action and adventure into a fabulous story throughout space that will rave you from the beginning to the end. The different phases featured in the game bring new excitement. You will discover cinematic sequences with 3D and video animations that unfold the story during the game, adventure phases where you explore a whole station and finally, combat sequences where the game transforms into a real space combat simulator that will make your heart feel alive!

The SVGA graphics used during the whole game for the cockpit, the spaceships, the planets, etc., are very well done and definitively make the game visually stunning. One other thing that really pleased me was the video sequences that explain the historical background and the continuing suite of events you have to face. Usually, the loading time between the action and cinematic sequences is too long and you have a message on the screen asking you to be patient while you wait. In Last Dynasty, the transitions are so fast that you don't have time to realize you are not shooting anymore at the enemy vessel. But the technical merits do not stop here, there is more with the soundtrack. Instead of listening to the same track over and over during combats, it changes according the action with specific music and once more, it is done admirably.

Speaking of technical merits, I must mention the customizable cockpit in which you can change the information you want to keep an eye on at any time. Among the numerous windows available, there are speed, shield's state, number of friends or enemies in the surrounding space, life points, etc., and each one can be configured according your choice to present data under the form of percentage, graphic bars or others.

For the map, the developers switched to a 3D representation which has the sublime advantage of allowing rotations. You can therefore look at planets, satellites, enemy or allied ships from any point of view with different zoom levels and get vital information about them. From there you can plan a battle strategy to defeat the enemies, see where you want to go next, etc...

As the adventure phase takes an entire CD, you can imagine how big the station you have to explore may be. The rooms are brilliantly rendered in high-resolution 3D graphics and the graphical interface that allows you to interact with the environment is one of the easiest I ever encountered. You can examine the rooms with the cursor to find things, take objects and of course, use them from your inventory. On the screen, you receive indications towards which direction you can go from a room. For example, an arrow to the left means there is a path in this direction, and this is the same for the up, down and right arrows.

The Last Dynasty features several hours of dialogue, SVGA graphics all throughout the game, lots of video sequences, action and adventure. The game is one of Sierra's lesser known titles and is an undiscovered gem. Throw in the other details such as the over 20 different types of vessels including allies and enemies, the permanent help in the cockpit from your on-board computer, the exterior views, and the adventure in real time, and you have a game still quite enjoyable to this day. In short, it is a great work. 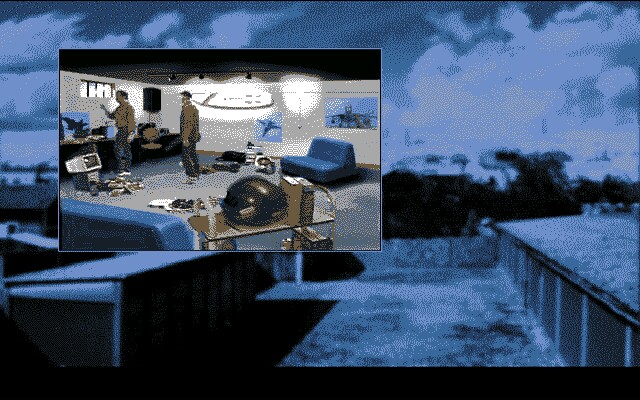 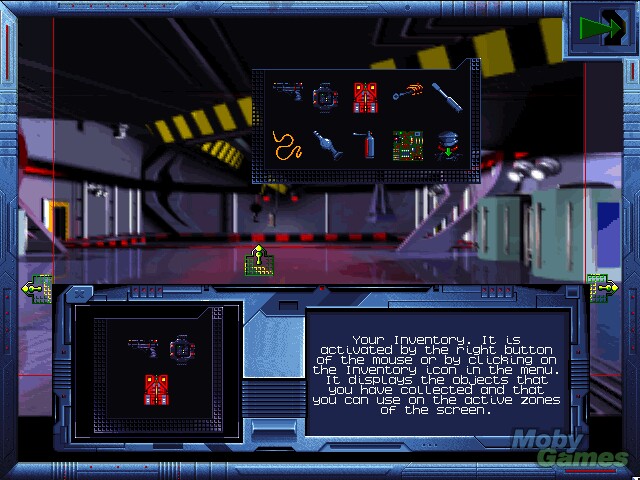