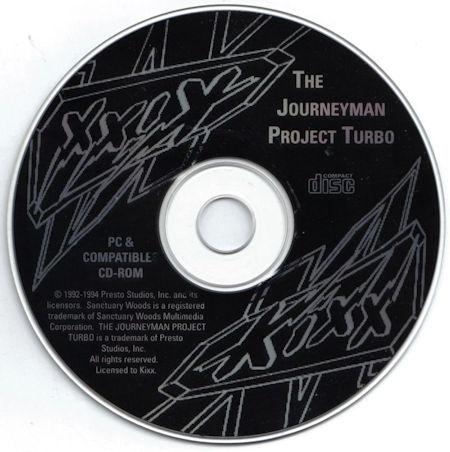 The Game
In the infancy of multimedia titles during the early 90s, if you wanted a game with a lot of animation, lots of SVGA graphics, and decent sound effects, Journeyman was the right adventure for you. The Journeyman Project was a showcase title for demonstrating the animation and audio capabilities of then-new CD-ROM. The game took advantage of the storage size of CD by including a ton of QuickTime animation and digitized video everywhere in this game, along with CD-quality sound. The artwork is superb -- the rendered scenes are mind-bendingly realistic. I easily forgot that I was looking at computer generated images. In fact, The Journeyman Project was a showcase for what was brand new and cutting edge during the early 90s: The first generation Pentiums, SVGA videocards, Windows 3.1, and CD-ROM multimedia titles. Journeyman had it all.

The Story
The time is the 24th Century, the world is (finally) at peace. You are Agent_5 of the Temporal Protectorate, an agency created to protect the historical integrity of the Human race. Ten years ago today, your home city of Caldoria was visited by an alien space craft, the Cyrollans, a delegation from a galactic commonwealth of peaceful beings. They gave Earth an invitation to join their space faring collective and share the wonders and technologies of the commonwealth's many member species. They also gave Earth the ten year period to think it over.

In the interim, Pegasus, the first time-travel machine, was invented and along with it came the possibility that temporal rips may be created in history by folks with similar devices and malevolent aims. Thus Pegasus was moved to a secret base, the Temporal Protectorate Annex.

Your job is to use Pegasus to travel back in time to fix the temporal rips, and restore the present day to its rightful condition. To do so will involve ingenuity and quick thinking. While in the past, you are prohibited from interacting with any humans, or doing anything that would permanently divert history from its proper course. You are also encouraged to avoid violence, and seek a peaceful solution to all temporal rips. There are violent and non- violent solutions to each of the three rips as well as the end-game sequence. You will receive a special "Ghandi" bonus if you complete all of your missions peacefully.

There are several long animated sequences in Journeyman, most notably the Retinal Scan sequence and the Mars Trench sequence. These are top notch! There is also a 'time travel' sequence, which I remember to this day. The music is well integrated into the game, and supplemented the 'mood' of the experience. The sound effects were well done and realistic. Even the voice acting was well done, a rare achievement during the early days of multimedia.

In all, The Journeyman Project is a stellar title that combined a neat game concept with excellent graphics, animation, and sound. The marvelous efforts that went into the visuals and audio of the game should be obvious to us spoiled jaded gamers of today. 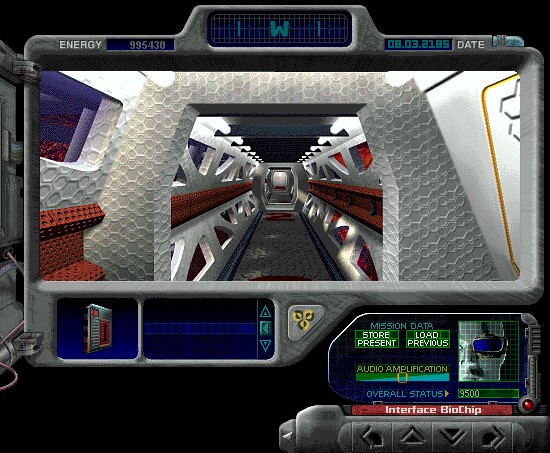 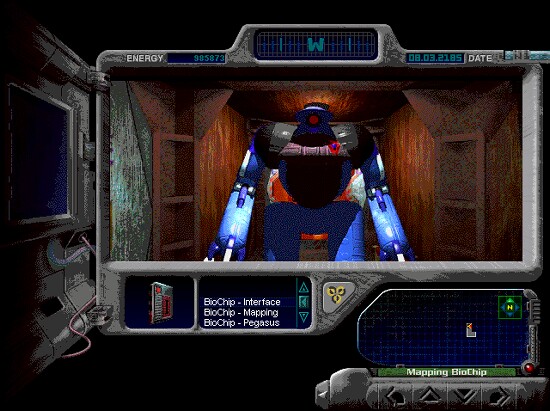