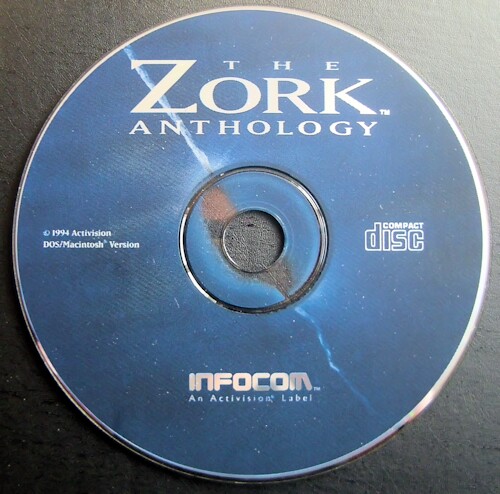 Zork began its life on a large mainframe computer at the Massachusetts Institute of Technology. In a time when the sort of graphics one would find on an Atari 2600 was the most you could expect from a game, Zork offered us something different, something new. Zork was to be the template for hundreds of similar games, and even years later, it would be the father of games such as Myst and Riven. The concept of Zork was simple: become an adventurer, collect treasure, solve puzzles, battle nasty monsters; all the things that have become the hallmark of the games we play today. There was, however, a catch: you had to do it all in the confines of a simple, text-based program. Read the story, tell the story what you want to do, and then read some more. Simple yet addicting.

Once the first chapter in the Zork series was released, many other companies attempted to design similar games (and most failed miserably). The game is of course, a text-only adventure. So if you are a fan of graphical games, you may find it difficult to sustain your interest, which makes it difficult to review this title by today's standards. Unlike many modern graphic-based adventures, you really have to think instead of just clicking on anything that takes your fancy. However, the Zork series is a must for all gamers who want to grasp the rich history of computer games, and learn an appreciation for the sheer magnitude of change over the past 20 years. It is an essential step in understanding the whole genre of adventure gaming.

The Zork series takes place in the ruins of an ancient empire lying far underground. You, as a dauntless treasure hunter, are venturing into this uncharted land in search of wealth and adventure. You have heard many strange tales about fabulous treasures, strange creatures and diabolical puzzles in this underground empire, and you want to locate all the treasures and place them safely in a trophy case. You will need to find some source of light, as the caverns are reputed to be very dark, and you will definitely need some weapons, as rumor has it that the surviving inhabitants are not at all friendly and are not above stealing things from you. So equip yourself and enter...

What might appear simple today was revolutionary at the time, much like the Altair 8800 was to personal computing in 1974 compared with a Pentium IV screamer today. At the time, the Infocom text parser was considered to be the most flexible and user friendly interpreter in use. However, I think it holds up very well even against the parsers in today's adventures. You could enter quite complex commands, including those separated by a comma or various prepositions such as "and", "except" etc. Granted, there are absolutely no graphics in the first three chapters. However, in my opinion, this is actually a bonus, as you can concentrate on the tasks in hand, and not be sidetracked by pretty graphics. In other words Zork enabled you to use your imagination on the mystical world that surrounds you and not be faced with someone else's idea of what it should look like.

The next two chapters to Zork literally pick up right were the previous games last game left off. In Zork II: The Wizard of Frobozz you continue your journey with only your sword and lantern. Upon exiting the barrel, you find yourself in a much different area of the Great Underground Empire, an area that is full of magic (thus laying the ground work for Zork's spin-off series of Enchanter, Sorcerer, and Spellbreaker). The structure to this game is exactly the same as the last. In case you're wondering why, when Zork was first created, all three parts were actually one great big adventure. When they decided to sell it to consumers, Zork had to be broken apart in order to fit on home computers. Even the most powerful home computers of the era had only 64K.

Zork is a well-designed series of games. The interaction between you and the text world you are in is complete and without fault. Half of the fun is trying to figure out how to get the game to recognize what you want it to do. While this may seem like limited programming (limited programming space is more accurate as the designers of Zork created a masterpiece of coding, with a parser more masterful than one would expect given the hardware of the time), it really adds to the game in a way that cannot be described. It’s almost like a puzzle in and of itself.

This collection makes the original text-adventures more accessible to a contemporary audience that might not have the patience or mindset to explore a text-only world. It comes with a massive hint guide, maps, and a Zork timeline. As a bonus, one of the greatest Infocom classics of all is included -- Planetfall. This is one of the best written pieces of interactive fiction I have ever encountered and could have been expanded into a novel. As many fans have pointed out over the years Planetfall would make a good screenplay. Many of Infocom's works elicit strong feelings. It is easy to immerse yourself into the myth of the various gameworlds if you appreciate good writing and great storytelling. These games will still have fans long after the latest generation of graphical blockbuster titles have faded from memory.

Beyond Zork -- Text and graphics begin to merge 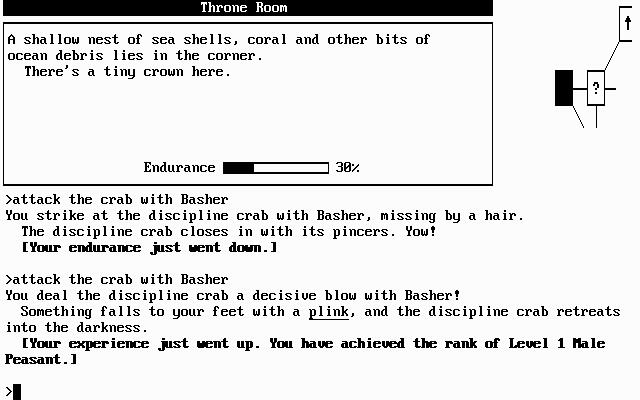 Zork Zero -- An attempt to pacify the graphics hungry 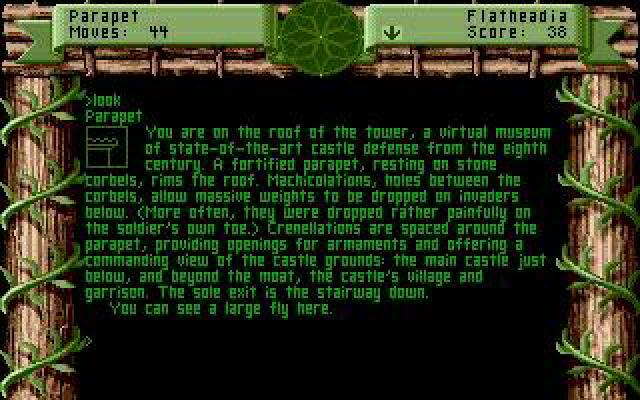