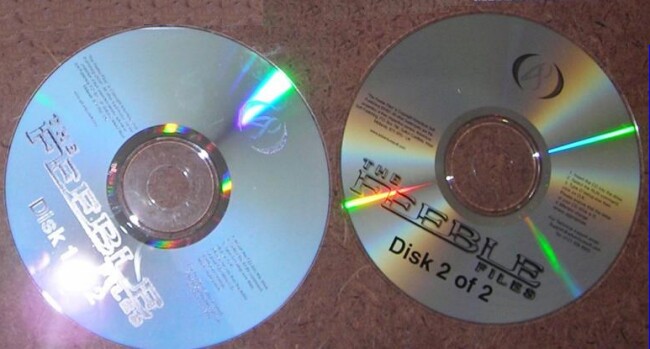 The Game
Feeble Files is the hilarious and thought provoking story of Feeble, a downtrodden 'little green man' who lives on the planet Grenulon somewhere in the far flung reaches of the galaxy. He's a general screw up who works for the Ministry of Galactic Uncertainty, that section of the government whose function it is to see to it that the backward species on Class B planets, such as Earth, continue to develop at an acceptable rate.

Feeble's job is to make 'crop circles' on Earth. As a result of his frequent trips there, he has developed a fondness for some of Earth's things, and has adopted the ones that he can get away with. For example he wears jeans and a tee shirt, boots and a motorcycle jacket, and when not working he rides a space cycle. He'd love to have a convertible, but that is forbidden.

Feeble with his dream car and his robot pal SamYou see the planet that Feeble lives on is part of an intergalactic totalitarian society encompassing thousands of planets, all run by the omniscient and omnipotent OmniBrain. No one has ever seen the OmniBrain, but everyone knows that "he considers all life forms everywhere to be his citizens, and he loves them and cares for them in the way that is best for them, and wants them all to be happy. Praise be to the OmniBrain!"

Toward this end, the OmniBrain has issued thousands of directives, and has given everyone a wonderful world to live in where all of their needs are met, including an unlimited supply of mood-altering pills. Being unhappy is a grave sin and, left unchecked, could result in the need for a personality restructuring. So when Feeble flies into a rage one day and kicks a vending machine, naturally he heads straight to the nearest confessional... and that's when his troubles begin.

At the government's free mood-altering pill storeThis 2D, 3rd person, point & click, very long game is the story of Feeble's (as in weak and pathetic) growing rebellion against everything he has been taught to believe in, and his gradual transformation into intergalactic hero. The graphics and many lengthy video sequences are superb, and the puzzles are both fascinating and complicated. But be sure to revisit locations to check for new items that may have appeared, and save often, especially after completing a puzzle and before confronting a dangerous situation.

Many of the settings and situations are memorable, like the way prisoners are controlled and the Zoo with its representative specimens from different planets. The characters are absolutely inspired, particularly the 'Happybot' and 'The Founder'. But the best one of all, and destined to be one of our all-time favorites, is SAM... our lovable, genocidal, psychotic killing machine robot pal (with remote control). Oh how we miss him.

A great sci-fi yarn that keeps you laughing, while at the same time making pointed observations about modern society. Hey, this could happen! Maybe it already has. Remember citizens, the OmniBrain is everywhere! 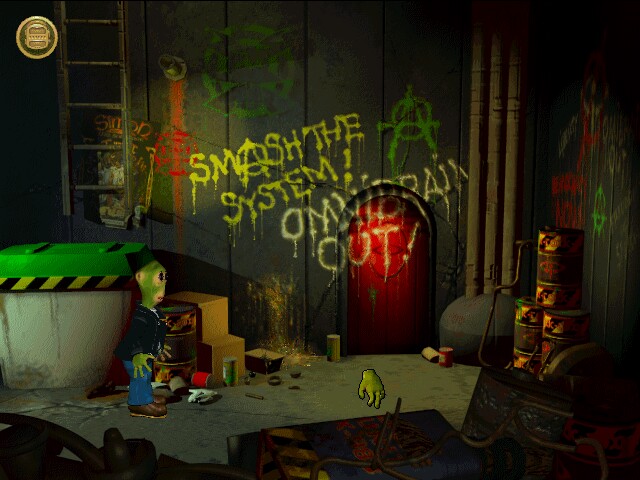 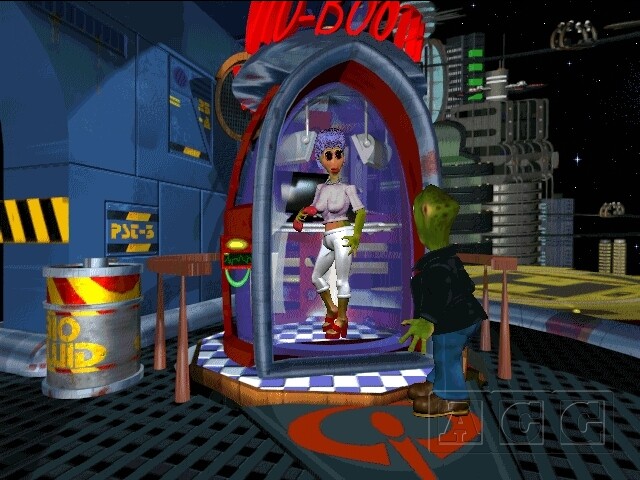