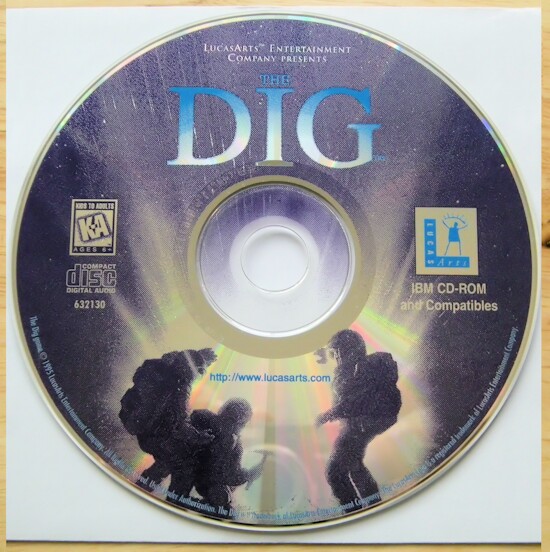 The Game
The Dig introduction throws the player right in the action: an Asteroid Attila, which suddenly appeared in orbit around the Earth, threatens the world population with unavoidable collision in the near future. Your alter ego is Commander Boston Low, who together with geologist Ludger Brink, and journalist Maggie Robbins, form NASA's team for a mission to detonate Attila, blow it off its deadly path and save the world. But no one had enough imagination to predict what the mission would turn into. The giant piece of rock appears to be an alien crystal-like spaceship, taking the trapped human team to the abandoned planet on the other side of reality. Being safely transported to an unknown alien world, but unable to stay together in the ever-changing fantastic world, your team breaks up. Because Maggie seeks independence (like all women) and leaves, and Brink dies stupidly, soon you are on your own, struggling to explore and understand the new, mind-twisting surroundings. But nothing is the same in this world -- neither the illusive loneliness, nor the meaning of life and death ... only your exploration can reveal the essence of the unknown.

It looks like LucasArts used the same graphical engine for The Dig, as for Full Throttle. That is, the characters are cartoon-like, and everything else is like in a cartoon. The cut-scenes (they appear quite often to please the eye) are state-of-the-art The game makers state that the rendering scheme takes longer but yields more realistic highlights and shadows. The sound is truly great. While you move along the story line, full digital sound follows you, and mystical yet realistic sounds can be heard when you perform some extraordinary actions.

The user interface design is extremely friendly. All you need in the game is your inventory list and "save/load game" menu, which you can pop on the screen by right-clicking the mouse or pressing F1 correspondingly. The inventory contains the "device" for communicating with other team members, so the total control really narrows down to two clicks. The inventory looks like a huge table, so you can see all of the collected objects at once. To use an object, just carry it out of the inventory field and it will be highlighted when carried over something where it can be used.

Being what a huge adventure/exploration game is, The Dig is no joke even for experienced players. It's hard to escape those moments of senseless wandering in the alien underground caves until 3 in the morning, when you suddenly realize that all you had to do is use your head and a bit of extraterrestrial logic. When I first started playing The Dig, I was perceiving the action from the observer's position. However, as the story advanced, I found myself looking at things from Commander Low's point of view, putting myself in his place and executing the next logical action that could help me find the next answer to an alien puzzle. All in all, fascinating graphics, endless caves and rooms and all those "unreal world" movie sequences make The Dig a great experience for those looking for a big, serious adventure game. 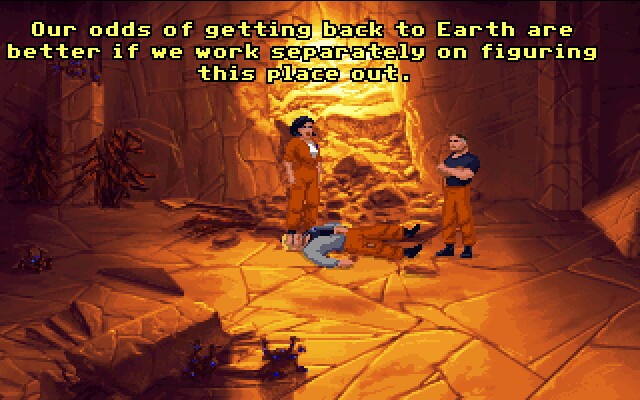 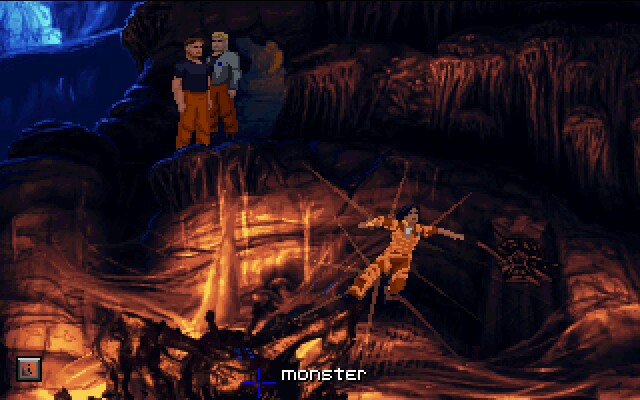