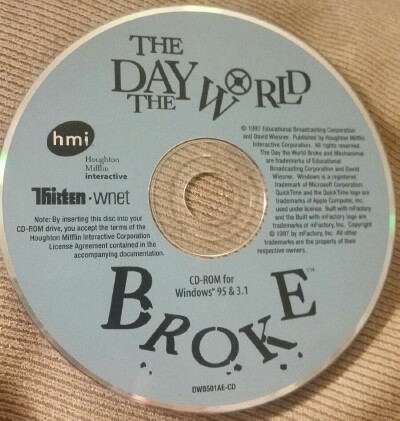 The Game
Journeying to the centre of the Earth has never been easier. Jules Verne would have been surprised to learn that there's an elevator to take you part way there, and then there's the Earth's axis too; a red and white striped barber's pole so that you can slide effortlessly from the North to the South Pole.

Fortunately, Verne's characters weren't in as much of a hurry as you are in this entertaining, first-person perspective game where you assume the role of the young adventurer and set out to put things right. You see, the world is broken, there's snow in the rain forests, the deserts are flooding and farm animals are floating around in the air, all because something has gone wrong with the mechanism that keeps everything as it should be.

You take control of the game in a country lane, step one way and the ground cracks under your feet, turn around and a pile of hapless cows block your path. The only way out is down to the World Works where you learn about a long-ago hitch during tune-up procedures when prehistoric creatures were sucked into the mechanism.

Next you run into the master mechanics who are in charge of the machinery and they are about to do another tune-up to put matters right. Alas, it doesn't go well, so someone has to journey right to the centre of the world, to the Four Elements Room, to sort out the problem. What luck you've turned up, because the worried workers can't leave their posts ... only you can take care of the tricky chore.

On arrival in the centre of the world you find it is populated by a hoard of weird, part-mechanical, part-organic creatures; the descendants of the dinosaurs who were sucked in during the previous disastrous tune-up. They call their habitat the Mechanimal World, and it's a charming world to explore with some crazy creatures to meet, all of whom have very strong opinions of each other, and some very strange beliefs. They are blissfully ignorant of the 'outside' world, but they do have a Legend of the 'Sun', and of the 'Lost Organic Race', and they don't call the core of the world the Four Elements Room, they call it the Oracle.

Four creatures in particular, Carbine, Diode, Phlange and, well the last one has lost his memory, are in 'residence' in the Oracle, and they are gumming up the works. Of course they each have a reason for being there and a little prodding will generally reveal all. All you need to do is sort out their problems and they will continue with their lives ... elsewhere ... thus allowing the crucial equipment to work freely.

So conversation is an important element of The Day The World Broke. The cursor will turn into a hand when you can talk to something/someone, after which a short list of responses will pop up for you to answer or ask questions. Amongst other things there's a lost memory to be recovered and a lens to be found and, of course, each one presents a series of obstacles to overcome.

All this means further exploration of the Mechanimal world and talking to other characters to learn how things should be done. Of course, the other characters have their own problems too, and they don't just hand over what you want. You'll have favours to do and more things to sort out. One entertaining problem here involves mixing an alloy to a precise recipe, and finding a good Mechanimal disguise is another.

This game is all point and click with an all-purpose hand icon to initiate actions and conversation and an arrow for movement. The voice acting is absolutely charming, but there are no subtitles available. Moving the cursor below the picture window opens a bar for inventory access, and for saving and loading games and sound control.

The Day The World Broke is loads of fun with some amusing puzzles, excellent graphics and a range of entertaining and imaginative characters. All of this contributes toward making this a wonderful game that offers its own unique explanation for the disappearance of the dinosaurs. 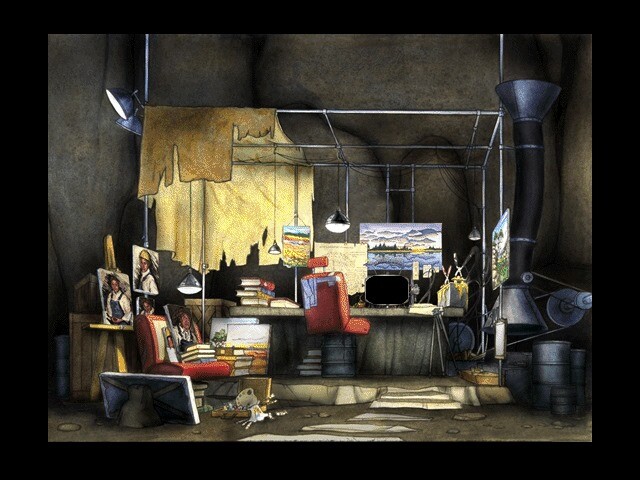 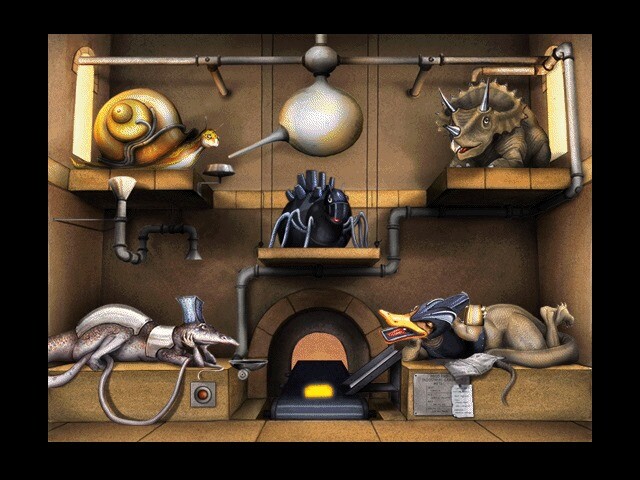 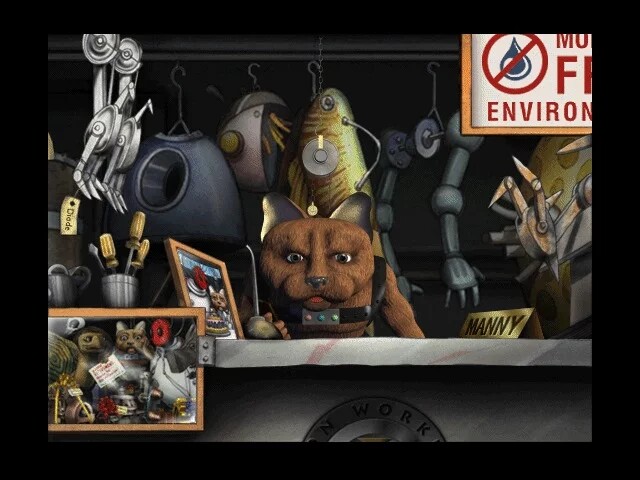