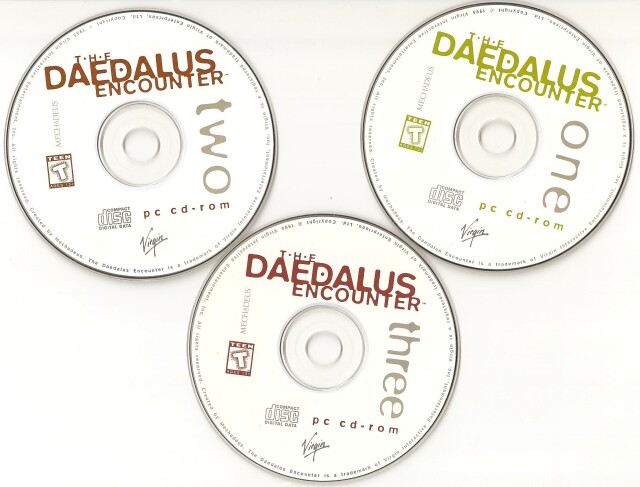 The Game
The time is the future towards the end of an intergalactic war. You play Casey, one of a trio of space soldiers (Casey, Ari, played by Tia Carrere a former Bond girl, and Zack). While patrolling a sector of space you are attacked by a number of enemy space craft and have to evacuate in the emergency pods. Unfortunately, Casey's escape pod is struck by a disabled enemy fighter.

You wake up several months later, to discover that your body was beyond saving, but a medi-team have managed to save your brain and insert it in to a mechanical device and enhance it with a number of augmentations.

You and your former colleagues have now gone into the galactic salvage business and the game starts with the trio aboard their salvage vessel. The first mission played is a brief training session for you to become familiar with the interface and controls.

The game starts properly when you make a jump through hyperspace and crash land onto an enormous alien ship of unknown origin. Unfortunately for you the ship is hurtling towards the solar systems sun and you have four hours to get into the ship find the navigation controls, divert the ship away from the sun and save yourselves.

This is the main theme of the game. The major aspect where the game deviates from conventional adventure games is that you, as Casey, are a small remote control automated craft and this is the medium through which you interact with the environment. I actually quite enjoyed this element of the game, as you had quite a few nifty things to play with (an analyzer which examined various materials and objects, this is a vital aspect of the game and is needed to kick-off several of the puzzles, there is also a grapple arm, flashlight, a diagnostics function, you can transmit information and simple yes/no responses etc.). The interface is relatively easy to use and quick to master. You view the game through Casey's control panel and I liked this feature, it added interest for me.

The story unfolds through an animated movie and at various points the movie stops, for you to explore a particular environment or solve a puzzle or perform a specific task in order for you to continue. Once done the movie then continues logically from your actions. Though the story is essentially linear, it can develop along a number of different paths ie. you may find a particular object required for the end section in one location during one game and then in a different location if you play the game again. Essentially, irrespective of the order and sequence of events the game culminates in the same end sequence, though depending on how you handle the end sequence there are a number of different endings.

The puzzles are a good mix of patterns, spatial relationships, mechanical devices etc. and require a good amount of thought. You have to be a little patient though as the initial part of the game develops the story through the animated movie and there is little for you to do. But stay with it, as you find yourself becoming increasingly more handy as you venture further into the alien craft. Be careful as there are many timed puzzles, I usually do not like timed puzzles, but in this game it was in-keeping with the story and actually enhanced the gameplay.

Daedalus is a little different from conventional adventure games and incorporates some original ideas and features. It is not a long game and not too difficult (though some of the puzzles can test the old grey matter for a while). Overall it is a good example of 90s era video oriented games. 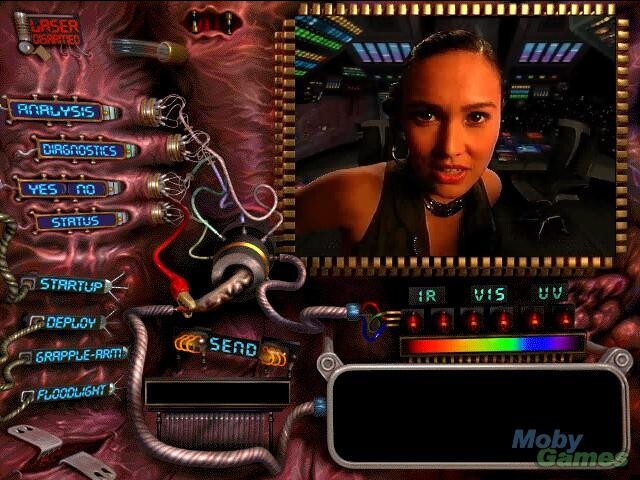 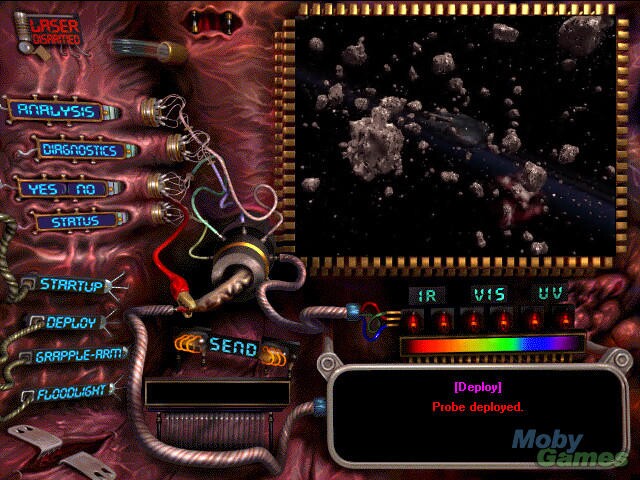