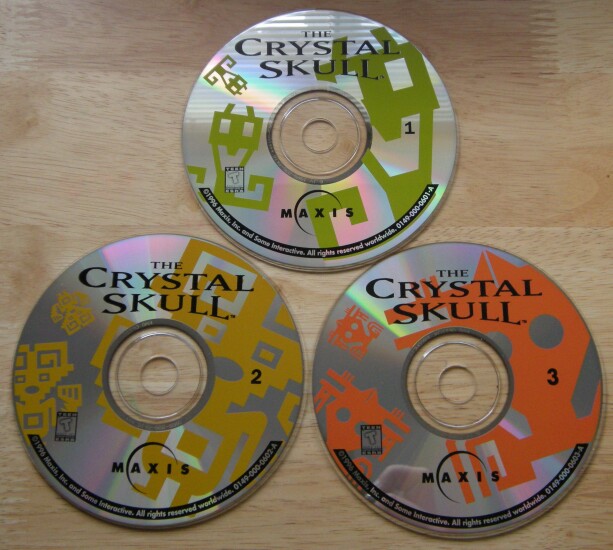 The Game
The Crystal Skull adventure game takes place in a faithfully-recreated ancient Aztec world. Your alter-ego, Quetzal, is a young birdkeeper in the employ of the Emperor who has been chosen to find a magical crystal skull that has foretold the coming of the conquistadores. You accomplish this feat by wandering around an Aztec city and surrounding environs using a third-person interface filled with FMV sequences. And unlike other games of the period the acting is actually well done, with Edward James Olmos from Miami Vice leading up the cast.

The Crystal Skull has fairly impressive background graphics, as well as an effective and educational feature by which various examples of Aztec culture are optionally presented throughout gameplay. Music is pretty good, with period instruments frequently used, adding to the atmosphere of the game. The player movement interface is standard mouse point-and-click, and does not use the keyboard.

While the game itself is sparse on true Aztec culture, a separate section acts as a multimedia textbook, providing a light Aztec education - a nice touch. Breaking away from most of the other cookie-cutter video adventure games, The Crystal Skull is not completely linear. While you usually end up in the same place, there are a few different ways to get there. And believe it or not, what you say to characters actually does make a difference, and affects your progress.

The game provides a refreshing change in the role of the Shaman, who gives you hints when you ask for them, keeping you from wandering around aimlessly for hours, clicking on everything, and waiting to see what happens. But be careful: Text-based clues from the Shaman are all clumped together, so many of the hints you'll see will be for tasks you won't yet have come up against, and reading the questions may spoil it for you.

If you liked The Crystal Skull's predecessors, you're going to love this game. The video quality is great for the time, offering a lot more than just talking heads. 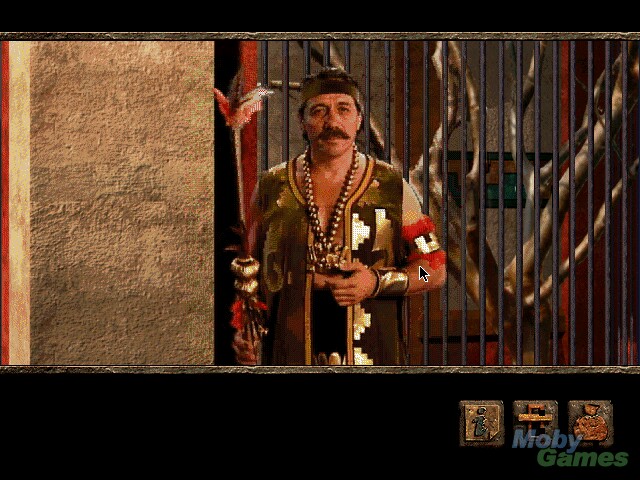 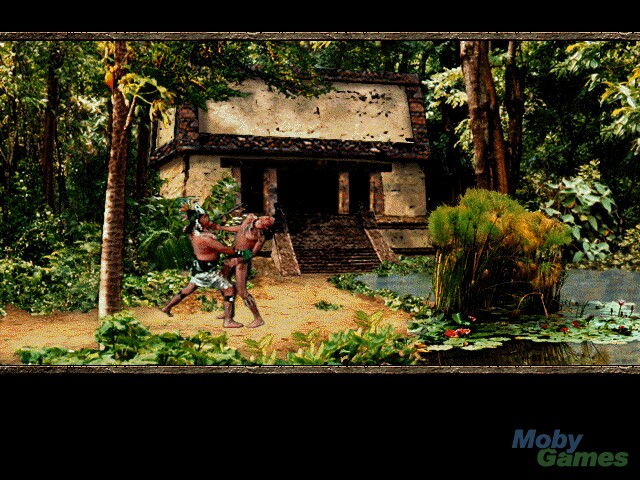