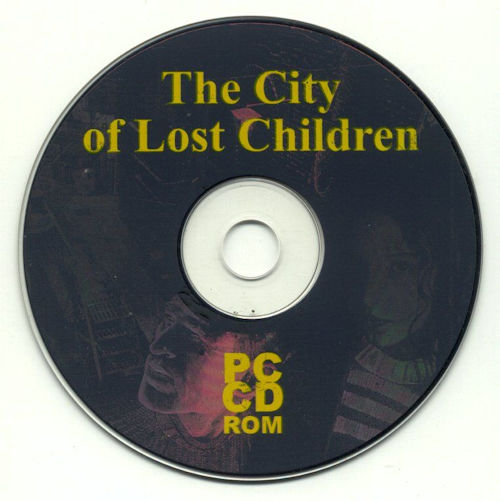 The Game
The City of Lost Children is based on a 1995 movie of the same name. The movie is a bizarre sort of fairy tale, atmospheric and full of symbolism. The game retains some of the atmosphere, but nothing of the symbolism or the subtlety of the relationship between the little girl, Miette, and her friend, the oddly named "One." If you've seen the movie, you know One used to be a fisherman on a whaling ship. Then one day he heard the whales sing. After that his harpoon always missed, so he lost his job. Then he found employment as a sideshow strong man... until his employer was killed. He adopted a street urchin, a small boy named Denree, as his "little brother." Then Denree was kidnapped by the evil Cyclops men, so called because they have a single mechanical eye. The Cyclops took Denree to be used in Krank's experiments along with the other children. Krank is a manufactured person himself, who is incomplete. He has aged prematurely because he cannot dream. So he seeks to regain his youth by stealing the dreams of children. His attempts don't work, but he continues experimenting, believing he can succeed if only he finds just the right child.

Most of the characters in the movie don't make it into the game. Denree is only seen in the introductory video that plays every time you start the game. The Cyclops men and their perverted pseudo-religion are merely occasional "bad guys" in the game. The clones are completely absent. All the darkly humorous events on the oil rig, where the "brain-in-a-tank" taunts Krank and where Krank tries to regale the kidnapped children by dressing up as Santa Claus and lip synching a song, are totally missing. So is the amazing Rube Goldberg-esque "journey of the flea" back to its master, which has to be seen to be believed. The story and characters in the game are simplified and altered to suit what could be fit into the game.

Your character is a little girl of perhaps nine or ten years old. She is called Miette and she is an orphan. Her life consists of stealing things for Pieuvre, the evil headmistress of the orphanage. Pieuvre was a wonderful special effect in the movie. She/they was/were Siamese twins, who often spoke and acted in tandem. You see little of Pieuvre in the game, except the two times when Pieuvre gives Miette her thieving assignments. Miette does meet the Diver, who rescues her at one point. But she doesn't have a chance to talk to him. She hears him talking in his sleep, but can't have a conversation with him.

The graphics were one of the best things about the game. They were dark, detailed, and atmospheric. Although they are 256 color (SVGA), they look better than some 16-bit color graphics I've seen. The game was released in 1997 and cut scenes are of typical quality for games that came out around that time. By that I mean they appear to have have fine horizontal lines running across. They don't have the resolution of the cut scenes used in today's games. There is a pronounced difference in quality between the cut scenes, with their horizontal lines, and the rest of the game, which has better resolution.

The animation of the characters was quite good. Miette herself had a peculiar sort of hunched-over way of carrying her shoulders, but her movements were fairly realistic. If you waited a while without moving her, she'd fidget and bend down to pull up her socks. If you ran her into a wall she'd recoil and say "ohh." If you got her too near the edge of a dock, she'd wave her arms around and her body would sway as she tried to get her balance and keep from falling. She was never just frozen in place. Other characters would also have movement. The game was not static.

The music was taken from the soundtrack of the movie, which was excellent. So it was better quality than most game music. It's mostly orchestral music which enhances the atmosphere of the game. Sounds effects and background sounds were also good. The environment of the game was brought to life very well.

The City of Lost Children uses keyboard controls. You can't use the mouse at all. The arrow keys move your character around. The Escape key accesses the Main Menu for saving and loading games. The Escape key also allows you to skip cut scenes. The P key pauses the game, which can be useful because some parts of the game are timed. Holding down the Control key along with the forward arrow key will cause Miette to run. Alt will make her duck. The Page Up key will cause Miette to pick something up or put it down. The Page Down key will cause her to speak to another character. Tab will open inventory or cause Miette to put an item she is holding into inventory. The Enter key will cause her to interact with something or take some action.

The camera that appears in the upper right part of the screen doesn't indicate an action can be made. It only indicates that you can shift to a different camera angle by hitting the Spacebar. If Miette isn't facing the right direction when you click Page Up, Page Down, or Enter, she'll say she "can't manage it" or "I can't do anything" or something similar. You'll hear her say this a lot in the game.

There is very little inventory in the game, but most puzzles involve some use of inventory. Talking to characters may give clues about what you need to do, or look for. Unless you have a walkthrough, a lot of the game will consist of walking Miette around the gameworld and rotating her around, looking for the icon that indicates potential inventory to appear at the top left of the screen. It's easy to miss things, even though you're quite near them. Some of them are hidden in areas you can't even see, like behind a bunch of crates or boxes. So you really have to depend on the icon appearing, and sometimes it only flickers into view for a split second. You can pick up a few items that have no use, so there are a few red herrings. Periodically Miette will lose all her inventory, which is fortunate because there are only ten inventory slots and what she loses won't be needed.

In the end, the atmosphere and music was great. I'd recommend seeing the movie first, so you have some idea of what's going on. 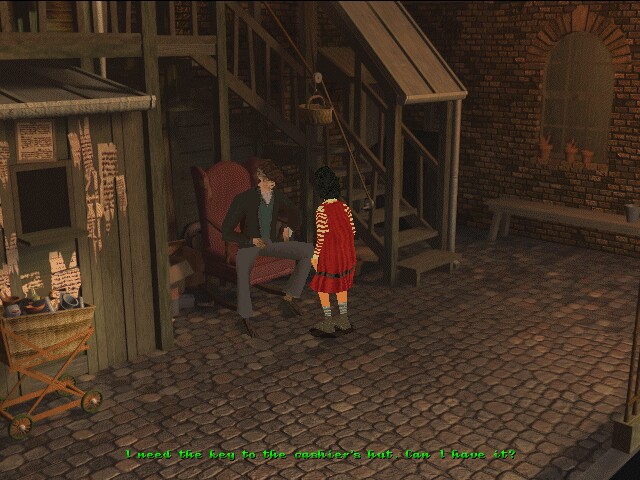 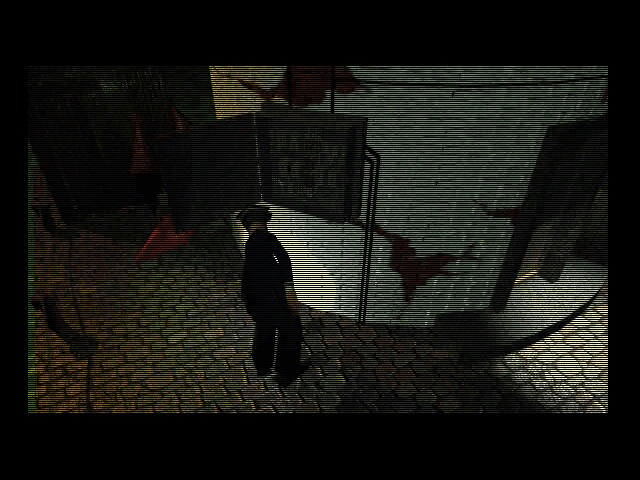