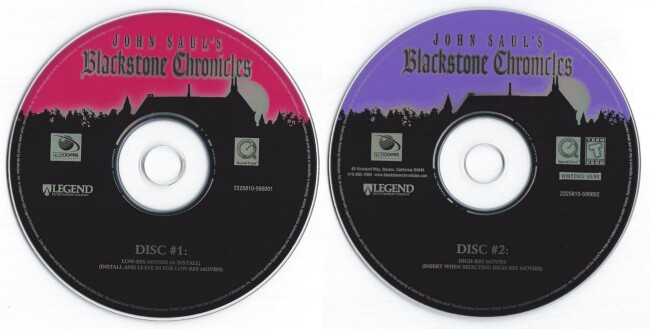 The Game
Developed by the vastly-underrated Legend Entertainment and released in 1998, Blackstone Chronicles picks up several years after the serialized stories of John Saul left off. The continuity of the main characters from the books to the game is certainly a benefit for those who have experienced both, and there are quite a few references to previous events. Rest assured, however, that knowledge of the backstory is certainly not required to enjoy the game.

Blackstone Chronicles takes place entirely in a former hospital for the mentally ill, and centers around three generations of the Metcalf family. Closed for almost 40 years, the asylum is on the verge of being re-opened as a Museum of Psychiatric History. Unfortunately, this has the added effect of "awakening" the hospital's final superintendent, Malcolm Metcalf, who just so happens to be dead. What's worse is that Malcolm is fiercely territorial, and considers the asylum to represent his life's work in psychiatric care. Displeased that his adult son Oliver has rejected following in his footsteps, Malcolm kidnaps his grandson, Joshua, either as ransom to coerce Oliver to submit to his wishes, or to train as his own protégé if Oliver cannot find him before dawn.

Played from a first-person perspective, we assume the role of Oliver when gameplay begins. The central premise is to explore the museum in search of Josh. Sounds simple enough, but of course much of the building is locked, and though we quickly discover the master key ring, there are so many of them that clues are required to identify the keys we need to proceed. Yes, it's still the conventional find-the-key ploy, but at least it feels a little different, so bonus points for the twist.

The main sources of information are the museum exhibit terminals and the former residents of the asylum... Right, they're dead, too. In fact, you don't meet any actual "people" in Blackstone Chronicles. The ghosts you encounter can't even be seen, so you'll deal with them only verbally. They aren't there to haunt you, however, and you soon discover it's they that are haunted. Once you begin interacting with these spirits and reading about the asylum's history, you'll realize that the true heart of the game is delving into the experiences of those who suffered through the torturous treatments of the asylum, in the name of mental "health care."

Even as the museum proudly proclaims the asylum's operative years (1925-1959) as "the most exciting era in the history of psychiatric care", your exploring reveals horrors the exhibits do not. As you learn more about the "progressive" techniques used to treat such illnesses as Alzheimer's, schizophrenia, nervous breakdowns, and even simple depression, you can't help but start to feel uncomfortable. When you hear the patients' first-hand stories of the pain, dread, and misery they all experienced at the hands of the doctors and orderlies, it'll be gut-check time. (If your heart doesn't bleed for the little boy who liked to play with dolls, you clearly don't have a heart). And when you finally lay eyes on the actual instruments of treatment, it won't be long until you're kissing the ground beneath you and thanking all that is holy that you were born when you were. If you think I'm exaggerating, then you need to see for yourself such actual devices as the electroshock chair, the enclosed, coffin-like heat chamber, or the fever therapy device where patients were cut open and bled, to name but a few. An adventure in terror, indeed.

Of course there's far more to Blackstone Chronicles than its dark, intense atmosphere and story, but make no mistake--these are the dominant strengths of the game, leaving a lasting impression long after you've finished. In terms of actual gameplay, there are far fewer surprises. The game uses a tried-and-true interface with point & click, node-movement control. Inventory and main menu options are but a mere click away. Even adventure novices will have no need to crack the manual. There are no pixel hunts, no mazes, and no frustrating twiddleware extending the gameplay.

There are several timed sequences, but they are expertly handled. While most games' timed elements seem tacked on as a blatant attempt to add a little action to an otherwise sedate experience, the timed events in Blackstone Chronicles are so skillfully integrated that it's hard to imagine the game without them. Listening to a resident's tale of woe is one thing, but controlling Oliver while his heartrate audibly races in panic while Malcolm taunts your resistance is quite another, and it's incredibly effective. The horrors of the asylum simply wouldn't be complete unless you had some personal exposure to them. If that's not enough to sell you, then be assured that these are puzzles, not issues of dexterity. You'll have more than enough time to escape, and if you should free yourself the first time through, don't be surprised to find you're replaying the scene and deliberately dying, just to absorb the full effect of the moment. It's deliciously sadistic stuff. But get this! If you do fail the first time through, not only does the game allow you to restore immediately to the beginning of the sequence, it also offers you an optional hint for what you need to do or the complete solution. There is simply no better way to offer the best of both worlds. Design genius, that. It's touches like this that show how much better Legend understood gamers than the vast majority of developers.

Blackstone Chronicles is for anyone who appreciates a character-rich drama, atmospheric psychological thriller, or emotionally-compelling narrative. It's also a breath of fresh air for those who want a game that breaks free of the traditional "safe" themes of the genre (and who doesn't?). The game is even perfect for those that enjoy learning, as the wealth of historical information about psychiatric care is incredible stuff. I'd be tempted to use the word "edutainment" if I didn't think that would cause some real terror for gamers who associate that word with dry, boring, fun-crushing titles. For those scared off by the stereotype of first-person puzzlefest games, this is not one of those games, despite the stylistic similarities.

What the game does not do is hold your hand. You'll have to meet it half-way to get the full benefit of what it has to offer, particularly with such little focus given to the visual element. In that regard, Blackstone Chronicles shares more in common with books than with movies, which is hardly surprising, given its origin. So it'll take some imagination and concentration to appreciate, but assuming you do your part, the game is a guaranteed winner. When all is said and done, you may find that you enjoyed the game less than you were bothered by it, but that'll still mean that the game touched you on a level that few other games do. 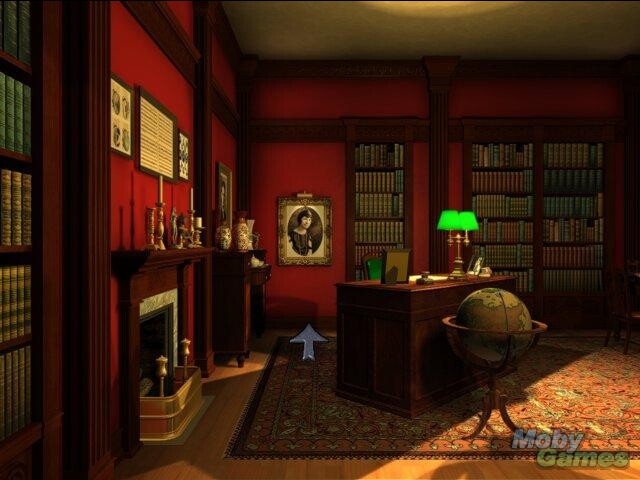 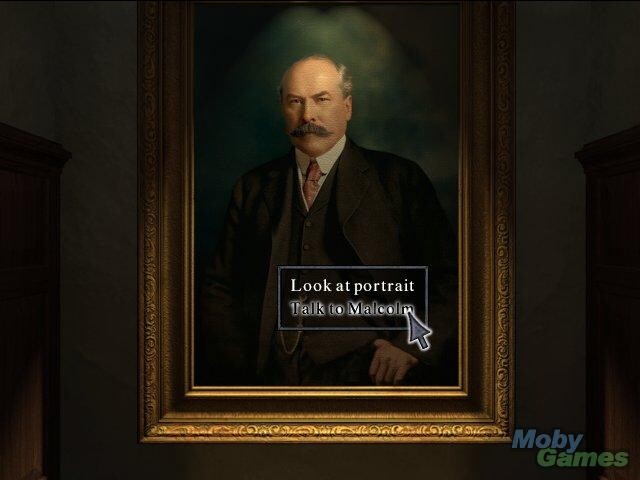