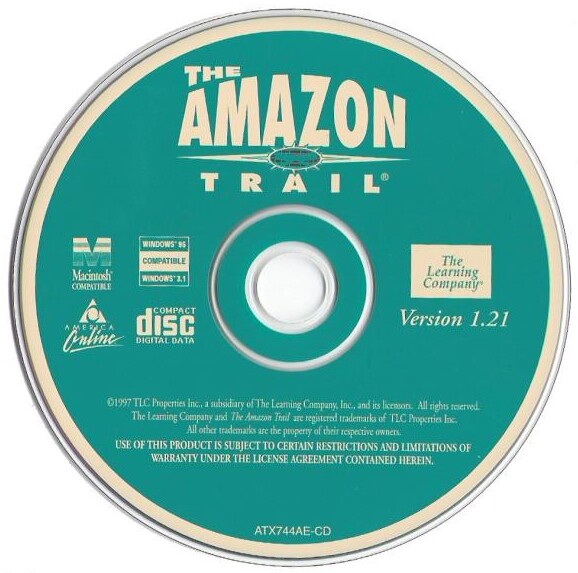 The Game
The Amazon Trail was inspired by the popularity of The Oregon Trail, featuring the areas surrounding the Amazon River and some of its tributaries. In this adventure, the player is asked to set out on a journey down the Amazon, hoping to make it to the lost Inca village of Vilcabamba. Along the way, the player learns about the people who live on and use the river for their survival.

During the opening sequence, a short animation displays a person asleep in bed, ironically, in Peru, IN. He/she is visited during a dream by black panther who calls himself the jaguar of the Inca King. The jaguar explains that the Inca people are endangered by malaria and European explorers, and the player will be taken back in time in order to search for cinchona and deliver it to the king.

Upon actually beginning a quest, the player has been transported to Belém, Brazil, and is given the option of choosing one of two native guides (Isabel or Antonio), who offer advice over the course of the game pertinent to navigating the river and maintaining ample supplies & good health. Each guide comes equipped with a slightly different spread of supplies (for example, Isabel has two tents while Antonio has three). While on the quest, players find themselves meeting various people along the river, taking photographs of the flora and fauna of the area, fishing, and trying to avoid capsizing their canoes. The jaguar from the dream appears throughout the game as a hazy vision, running off a checklist of items desired by the Inca King, and offering various gloomy sentiments about the rainforest in general. Players must navigate the treacherous waters of the Amazon to avoid hitting other boats, logs, and whirlpools or paddling up the wrong tributary, travel through the forest in search of exotic plants and animals to photograph and identify, use harpoons to fish in the river and then identify whether the catch is edible, and trade with the individuals encountered at the various stops along the river. Capsizing could lead to loss of supplies and injury, while attempting to bring an electric eel or stingray into the boat may lead to a loss of health (though the latter is regarded as edible). In order to aid in identification, each time a picture is taken or fish caught, the player has the option of checking the guide, which lists all of the species in the game except for the "new species."

A unique aspect of the game is the time travel element, which allows the user to learn historical information in addition to science. Before arriving at a new town or tributary, players pass through a "blue mist" over the river (line of fog across the screen). Upon arriving at a landmark, the option is given of talking to two people, typically one native and one Westerner. Often, the duo offer conflicting information and advice. The timeframe spans from the then-present (1993) back to the Middle Ages. Historical figures appear, such as Henry Ford, Teddy Roosevelt, and Claude Lévi-Strauss. The player is given a good feel for the differing attitudes and clashing roles portrayed by the encountered individuals, pertaining to the history of the Amazon. Many of these figures have interesting items which can be Cover art for a later release of the game

When they reach the hidden city in which the Inca are living, players are graded on various aspects of the game, including the amount of personal activity on the journey, the number of plants and animals correctly identified in the rainforest, whether or not they acquired additional gifts for the Inca King, and, depending on the version of the game, the amount of time taken, the health of the player, and the completion of mini-quests. Based on these factors, the player is awarded a shield covered in designs. Each task completed translates to an additional gem on the shield. 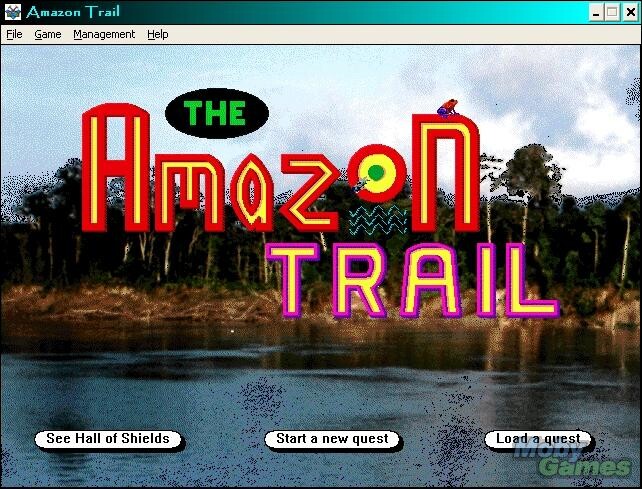 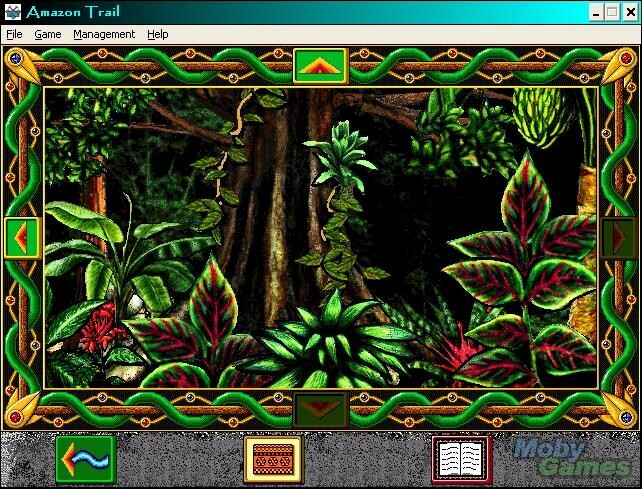