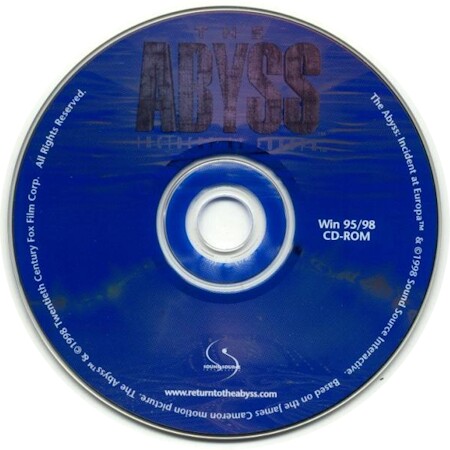 The Game
The Abyss is a sci-fi game based on the James Cameron movie of the same name. Brett Durrett, Vice President of Sound Source Interactive, said, "The Abyss is a great movie and a favorite of many around the office. The movie has a great story line and, like the game, does not rely on violence, sex or shock value to hold the interest of the audience. We worked with James Cameron's group to create a story for the sequel to The Abyss, which the game incorporates." In short, during a terraforming project on Europa, one of Jupiter's moons, an alien race trying to build a new life for itself has accidentally uncovered a viral disease that mutates life, including human life. Your mission is to find a cure for the virus to save the aliens as well as the humans who are infected. You choose to play Bud Brigman or Lindsey Brigman. (That's the role-playing element. Your choice has no significance on the game.) During your mission, you will visit four different worlds: Deepcore, the human underwater exploration vessel; the NTI ark; Europa; and, the caverns beneath Europa.

The look of The Abyss reminds me of a comic book. Maybe it was all the mutants roaming about. During the course of the game, you will explore lots of rooms, swim under water, and explore many caverns. All these surroundings are effectively detailed. The underwater sequences made me feel as if I really was underwater. Not an easy task for a graphic artist, but very well done. My only complaint about the graphics is that you have to travel down lots of long hallways, and the passing graphics have a hypnotic, almost eye-blurring effect. After playing the game for a several hours before bed, I couldn't get the vision of traveling down those hallways out of my head. The graphics receive a B.

There are a lot of mutants roaming the rooms and hallways, so you get to hear a lot of growling, moaning, and groaning. These sounds lend a sense of danger and foreboding to the game. The music is also effective at establishing a sense of urgency and danger at the appropriate times and places. The music never interfered with the gameplay, which I for one always appreciate. With four different worlds to explore, there are plenty of different sound effects and all are done quite well.

I found the puzzles fun and challenging. The main puzzle is, of course, to find the three ingredients that combine to make the cure. Some of the supporting puzzles are unique and very creative. As I mentioned, The Abyss is a hybrid shooter/adventure game. The shooting consists of using your weapons to stun the mutants, who are constantly trying to impede your progress. Since you are just stunning them, you only temporarily stop them while you try to explore and solve the puzzles. The mutants can kill you, and probably will several times, so save often. In fact, knowing when and where to save is essential to success in this game. Save often.

Overall, I enjoyed the challenge of The Abyss. I just couldn't sleep until I found those three ingredients for the cure. The shooter fans may not like that they are just stunning the mutants and not killing them, and the adventurers may not like the shooting, but I think Sound Source got the balance right. For all you adventurers who are not good shooters, just save often! Did I mention you should save often? 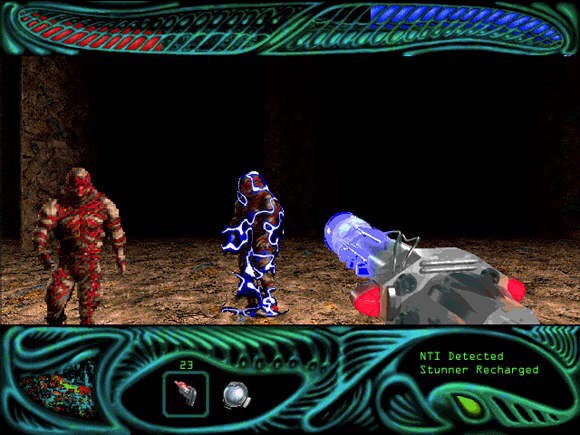 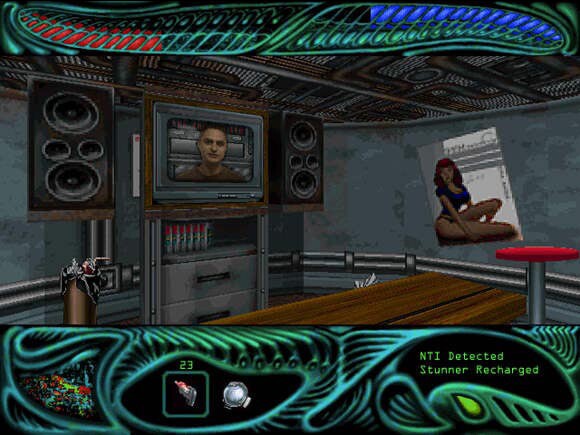