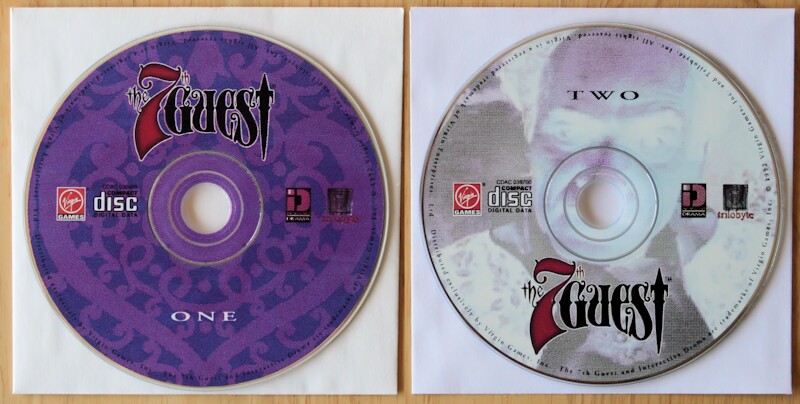 The Game
Even before Myst there was a CD-ROM game that first showcased the power of a true multimedia title. That game is called The Seventh Guest.

The setting of The Seventh Guest is an old spooky mansion. The preamble to the story starts with a strange and mysterious toymaker, Stauf, who becomes very successful and rich in the town of Harley. Then one day the children in the town start dying and soon after Stauf closes his business and secludes himself in an enormous and strange mansion he has built. The game begins with the telling of the above synopsis using full motion video, speech and music combined with computer graphics and animation. After that you learn that Stauf has invited 6 guests to the house...and that is where you start the actual gameplay, in the foyer of the house.

It is impossible to do justice to The Seventh Guest with screenshots. The game must be experienced first hand to appreciate the momumental affect it had on the gaming world back in the multimedia Stone Age of 1992. The Seventh Guest was the first game to require a CD-ROM drive, mouse, and soundcard. This pushed the limits of the high-end machines of the day. A single-speed drive, the common among CD-ROM owners in the early 90s, was inadequate to run Guest. The then new double-speed drive was all but a requirement to experience the game in its glory. Considering that double-speed drives cost around $350 at the time this was not a small investment!

If I had to describe Guest in relation to other titles on the shelves in the early 90s, I would liken The Seventh Guest to Alone in the Dark, but with full graphical modelling, speech and video instead of chunky polygons. The result is very much like a movie production: Video, soundtrack, sound effects, computer animation and graphics all combined into an interactive movie-like multimedia presentation.

The rooms inside Stauf's mansion have been realistically modelled with raytracing and realistic multiple textures. Guest is the result of Autodesk 3D Studio, a state-of-the-art design tool at the time. The game sports shadows, reflections, textured objects, such as wood, carpet, etc, all of which give the graphics a sense of realism and submerges you into a more believable virtual reality. The screen shots should give an idea of the graphical level of detail. Keep in mind nothing, and I mean nothing, like this existed in other computer games of the time. The Seventh Guest was more than groundbreaking. It demonstrated an entire paradigm shift in both appearance and and style.

Some computer animation sequences of the modelled objects also occur occasionally; for example, in the dining room the plates, glasses and utensils rise up from the table and do a ghostly dance. Incorporated into the computer graphics are animation sequences using real actors which are intended to have a ghostly effect (the ghosts are translucent). This works very well and is used to tell much of the story and plot.

Similarly, on the audio side, Guest has a good musical soundtrack (done by the Fatman). There is no text in the game at all; all information is communicated using speech. Sound effects are used extensively to heighten the realism; for example, echoes give a sense of the dimension of the rooms and corridors.

The Seventh Guest brings all the above elements together and integrates it dynamically into a single virtual reality. The graphics are always from a first-person perspective, out of your own eyes. You can move and turn around in the house and the graphics are animated to change to accommodate your changing view. In fact, it is only when you move around that you can see the detailed modelling which has gone into creating the rooms. Occasionally you can zoom into objects smaller than yourself, for example entering a doll's house. In this case, you zero in on the house with the door becoming bigger and bigger and suddenly you are past the door into the tiny house!

So The Seventh Guest gives us beautiful graphics, animation, video and sound. What's the gameplay like? Basically you get to explore the house and within various rooms you find various puzzles. These are not problems in the typical adventure sense but puzzles such as logic puzzles, chess puzzles, card puzzles, etc. For example, one of these is the classic 8 queens puzzle. Solving a puzzle will unlock some other part of the game and also present you with a video/animation sequence. The game is entirely mouse controlled and you can either move around or select an object which may reveal an animation, a video sequence or a puzzle.

Despite the appearance The Seventh Guest is actually a puzzle game at heart. The plot, virtual reality modelling with visual and audio effects make an extremely strong impression but advancement in the game lies mainly in the puzzles. These puzzles, the creations of the warped genius of Stauf are interesting as well as difficult. They can be quite challenging to solve because part of the puzzle is to figure out what the object of it is! Fortunately you can use the library to get hints to the puzzles and if all else fails the library can be used to bypass the puzzle. The downside is that you miss out on the animation and video effects.

Overall I found The Seventh Guest to be quite enjoyable. The ending promised a sequel as it finishes with "Volume 1". Some folks might not realize that a sequel was in fact released, some years later, called The 11th Hour. The Seventh Guest set the measurment benchmark for graphics and sound in CD-ROM titles for several years after its release. Anyone interested in classic genre-forming games should look at The Seventh Guest. 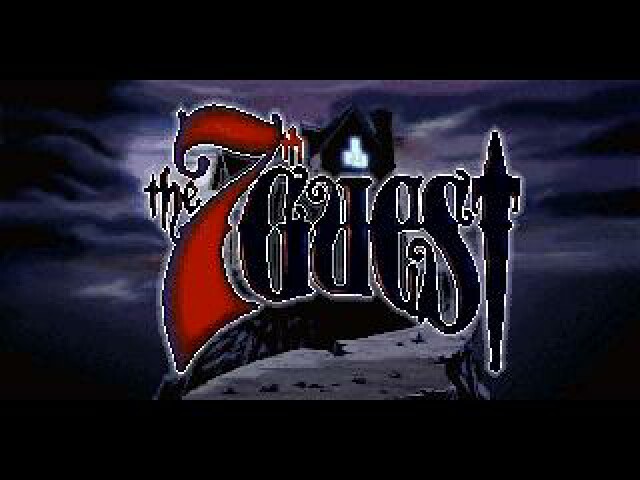 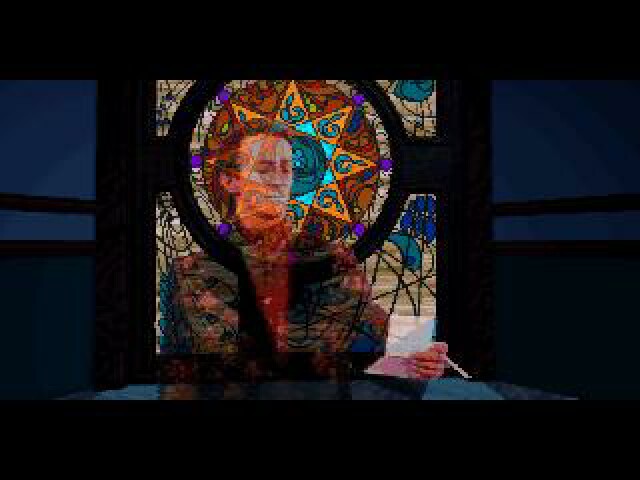 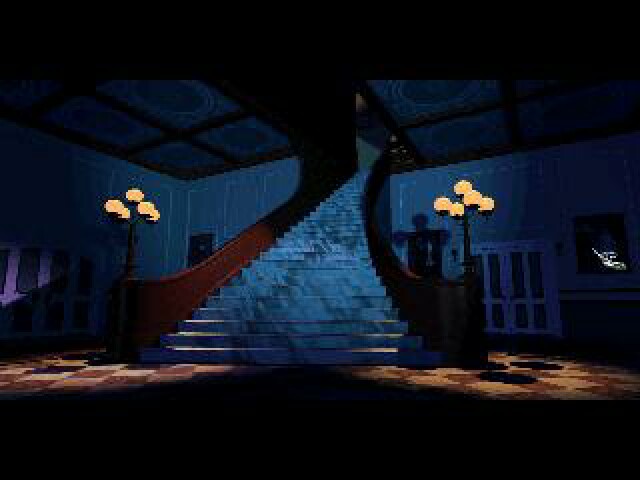