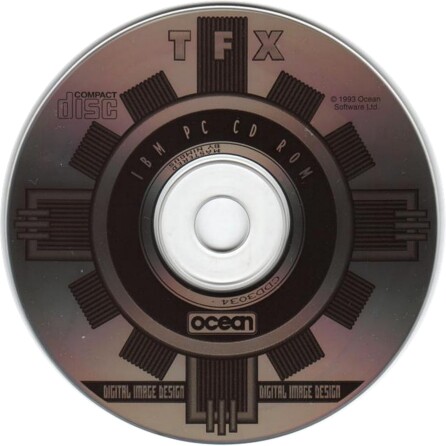 The Game
TFX: Tactical Fighter Experiment was the first in a long line of medium to hard core simulations made for the PCr by Digital Image Design, or DID. DID had been in the sim business for some time, and they've even helped the Royal Air Force develop some of their simulations for RAF pilots. This sim plops you into the role of either a pilot for the United Nations, or in the role of UN Commander (more on this later).

The game models three planes, the Eurofighter 2000, the F-22, and the F-117A Stealth Bomber. The three planes are the stars of the show in TFX If you want to fly all of them in the campaign, however, you'll need to go through training first. Training is just one of six play modes available, but to get to the final three, you need to pass the training missions. The first mode is the arcade mode, which is pretty self-explanatory. The second mode is the aforementioned training mode, which guides you through a series of missions in order to qualify you for actual combat missions. In an interesting twist, the later stages of the game can't be accessed unless you've passed training. The third mode of play is the simulator. This mode allows you to pick an area and simply fly around at your leisure, without worrying about enemies or missions.

The final three modes of play are where the real meat of the game lies. The fourth mode of play is the tour of duty. This is a dynamic campaign that is dependent on the area and plane you choose. With five areas in the game, including Somalia and Yugoslavia, this means for a lot of variety. For example, if you choose the F-22, you'll see more interdiction and escort missions...pick the EF2000, and you'll see a mix of both strike and air-to-air missions. This generates a lot of variety on top of the fact that the campaigns themselves are dynamic in nature. This means that the campaigns flow due to mission successes and failures, mimicking a much more realistic war-like situation.

The fifth mode of play is called "Flash Points." These are small campaigns with actual stories intertwined into them, and make for a really interesting diversion. It's almost as if you're flying a movie or soap opera, and unfortunately, this kind of play in sims has rarely been copied. It's nice to see a sim have some semblance of a story.

The final mode, and the toughest, is that of U.N. Commander. In this mode, you basically choose an area, as you did in the tour of duty. The difference here is that YOU plan ALL of the missions yourself. When missions are planned, you can choose to fly any of them, given that they use the three flyable planes modeled. This mode, and the others, goes a long way in insuring high replayability.

The graphics in this sim are top notch for the time, and really push the boundaries of polygonal animation. The terrain is some of the best seen in a sim of this type, and the planes themselves look fabulous. There are beautiful hills and valleys to fly through, let alone deserts and oceans. Overall, the graphics are fantastic. The sound effects aren't bad either.

Overall, this sim paved the way for what was to be two of the best flight sims of the 1990s, EF2000 and F-22 ADF. One would have to say that if you were interested at ALL in modern jet combat, let alone stealth combat, you'd be doing yourself a favor by picking TFX up. Being able to fly the F-117A alone is worth the price of admission. 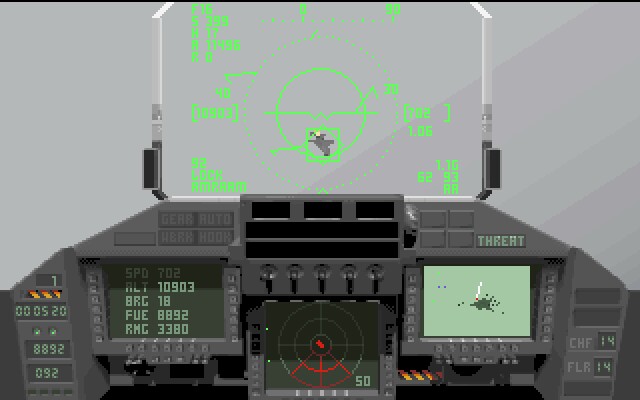 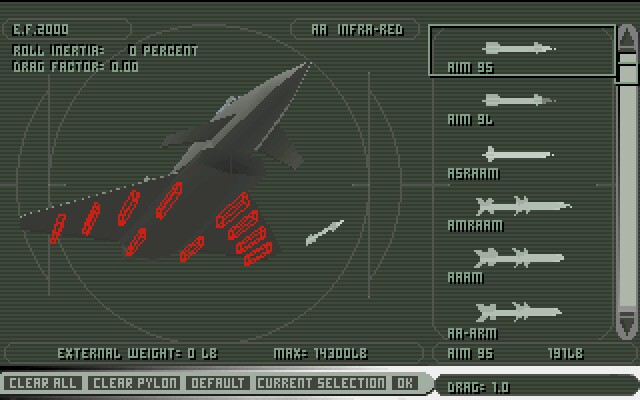