The Game
SkyNET is a sequel to 1995’s Terminator: Future Shock. The engine was astounding for its time, and the environments were the best representation of the films’ nuclear future yet seen. Its mission-based architecture, and rather legitimate attempt to tie plot and gameplay together, earned high marks from the gaming community.

Things wrapped themselves up pretty tidily in Future Shock, so I can only assume that SkyNET is meant to be a prequel. This allows characters to return and some limits to be put on the technology – much of FS was about the development of new machines that rolled out as the game progressed, so you won’t see their most advanced work (T-800s and time displacement) in this game at all. Instead, it’s a fairly straightforward story without an epic confrontation or any sense that this is the final battle to end the war. On a routine patrol, you personally discover a functioning nuclear missile recovered by the machines. You have until noon the next day to gather as much intel about the weapon as possible and stop the bots from launching it to destroy Los Angeles… err… again.

The levels are extremely interesting. All of the atmosphere of Future Shock returns here, and the blasted cityscape looks just as lonely as it did in the first. Though the game still has its fair share of standard FPS dungeon levels (present here as military complex levels), most of the action takes place in the shattered streets of L.A. It’s still impressive to see a mammoth spiderbot trample after you through overturned cars and twisted light poles. I did notice that the walking levels seem somewhat smaller and less detailed than those in the first game, in the sense that you’ll start maybe a block away from your main objective this time, rather than four or five in the last. However, even levels with a non-city focus – like the machine factories – will still have a block or two of city on the outskirts. These give you the chance to find and collect supplies. You can also still enter buildings and find a few health packs or clips of ammo.

There are a few more neat touches like “dawn” levels that replace the starry night sky with a blazing red sunrise background. These even come in an appropriate sequence, so night transitions to morning across the length of the game, while the plot references the time you’re running out of. The outdoor areas, from jagged polygonal terrain to city blocks and ruined freeways, and all are done as well as they were in the previous game. The frequent sewer mazes are also thankfully toned down to just a section of one level in this game.

Effort has been made to make the levels feel detailed and come alive – literally. One level puts you inside a submarine which starts sinking, and you must struggle through the rising water and claw your way back out. The influence of Jedi Knight comes in the inclusion of 3D level puzzles requiring clever reappropriation of a moveable environment. There’s a sewer system where you must flip switches to connect the right tunnels to proceed, and a fan/exhaust system in another level that’s much the same. The entire final level involves enough switch flipping, platform moving, and connector connecting that it’s almost worthy of Jedi Knight itself.

The driving and flying levels return, and continue to be some of the most enjoyable of the pack. There’s some noticeable draw-in on the flying levels and a heavy amount of enemies in any level, probably to offset the recharging weapons your vehicles carry. This does mean that it’s often safer to creep ahead and shoot enemies from safety, rather than rip through the scene in fifth gear. But if you know where you’re going, you can get there quickly enough to avoid many fights and you won’t be disrupted by any time-phasing magically-appearing rocket turrets. The freeways and overpasses retain the same level of detail and “realism” as the walking levels, meaning they didn’t skimp just because you’re blazing by at 70 MPH. You’ll even pass by the diner Sarah Connor was a waitress for in the first film.

SkyNET allows for 640×480 resolution, twice that of Future Shock. Everything gains an obvious sharpness and clarity lost at 320×200, but to see the difference yourself is striking. The textures seem to have been created at a high resolution and do not turn blurry or stretched at 640×480. You won’t get any new effects or anything other than enhanced sharpness and detail, but what you do get is impressive enough to make it the desired way to play the game.

Animations are a high point, and 640×480 assists in allowing you to see these creatures move with fewer shifting/blurring pixels, and a more defined shape at a distance. They’re not quite breathtaking, but machines like the spiderbot’s clanking individual legs, and the two-legged walker display a level of smooth movement that’s almost totally missed in Future Shock. Their AI can still be awfully simplistic, and they lose a bit of their danger as they get caught on doorframes or building edges and must sort themselves out. Still, they manage to surprise you now and again, which almost makes their disarming clumsiness worth it.

The Terminators themselves even manage a few awesome moments – I had one chasing me around the corners of an office hallway. It took each corner without breaking a clean stride, efficiently raising its gun and firing off a burst each time it came around. It reminded me of Arnold stomping though the police station in the first film, with the same level of natural, precise movement. It’s moments like these that really bring a smile to a fan of the film, and it’s unfortunate that they are clearly possible, but seem mostly the result of happenstance.

The three years leadtime Bethesda had in between Future Shock and SkyNET shows. The result is a stellar, immersive tactical FPS. 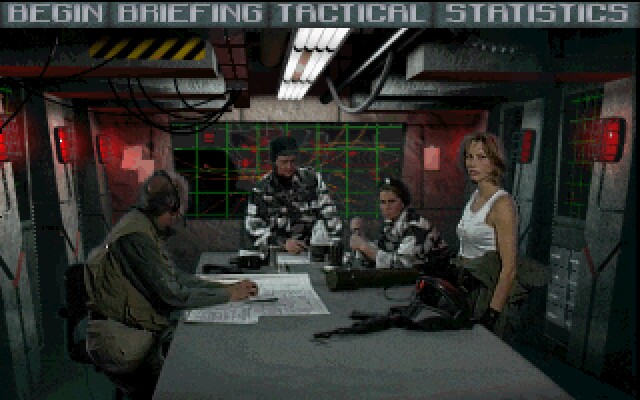 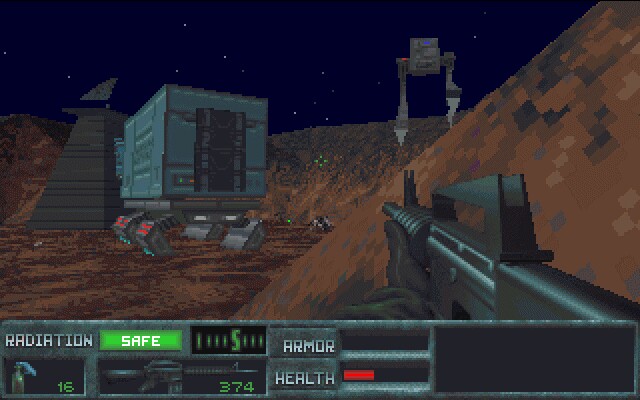