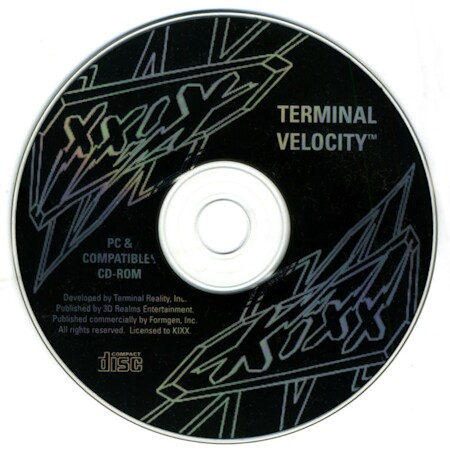 The Game
Space is a dangerous place. For that reason, the Alliance of Space-Faring Alien Races (ASFAR) was formed to prevent interstellar war from breaking out. The ASFAR provides robotic Perimeter Defense Computers (PDCs) to watch over the star systems of each member race and prevent any single race from mobilizing weaponry. For 70 years, this has been successful, until suddenly, in the year 2704 A.D., PDCs direct armadas from all other systems to attack Earth. While bloody, the planet ultimately survives and rebuilds its military forces. The TV-202 is constructed, an advanced fighter craft that is equally agile in space and atmosphere. The TV-202 will be sent to various ASFAR planets in order to destroy their military compounds and prevent them from rebuilding attack fleets.

Terminal Velocity is a first-person flight simulator sometimes compared to Descent due to its free-roaming nature. Players take control of the TV-202, a fighter notable for its ability to fly in 720 degrees of direction, ignoring gravity and providing constant thrust. While flying to different planets, the TV-202 is able to speed up and slow down, but will never come to a complete halt. The majority of the game takes place in the air (and sometimes space), flying above landscapes which include trees, mountains, rivers, snow and other terrain. Additionally, tunnels can be found, often hidden, dug into the sides of landscape. Upon entering these tunnels, the TV-202 loses its ability to turn around (going ahead constantly) and must navigate avoiding enemies, moving walls, rotating obstacles and other hazards. Power-ups are found by destroying enemy forces or destroying enemy bunkers which are scattered around each level.

The TV-202 has an energy shield which is depleted by enemy fire and running into terrain, when the shield is gone, the player is destroyed. Shield Power-ups and Energy Core power-ups can be found to restore shield energy. For weaponry, the player begins with a single Plasma Assault Cannon (PAC) weapon that fires straight ahead. Other weapon power-ups can be found which include a PAC power-up, an Ion-burst gun (ION), Rapid Targeting Laser (RTL), Manual Aimed Missile (MAM), Seek and Destroy Missile (SAD), Shock wave Torpedoes (SWT) and Discrete Annihilation Missiles (DAM). With the exception of the Annihilation Missiles, all these weapons also fire directly in front of the player. There is an afterburner fuel power-up which will allow the TV-202 to increase its thrust substantially, traveling much faster than normal.

Each world features its own unique enemies and hazards. The different levels of the game provide unique objectives which can include flying to checkpoints, destroying specific targets (including bosses) and entering tunnels. Upon completing the necessary objectives, the player is directed to exit the level via a Departure Unit (DUN) located somewhere on the map. 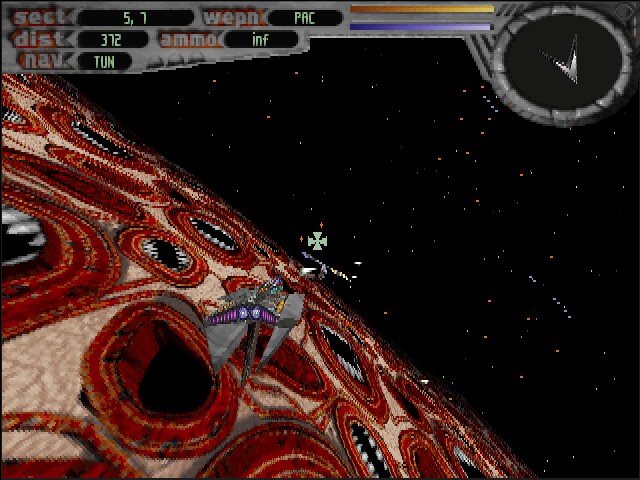 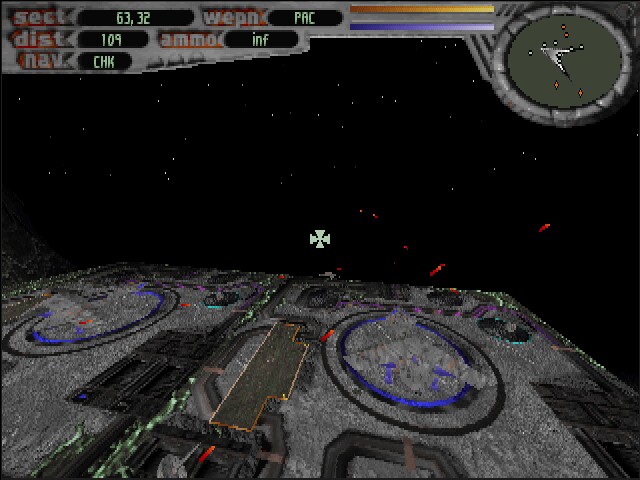