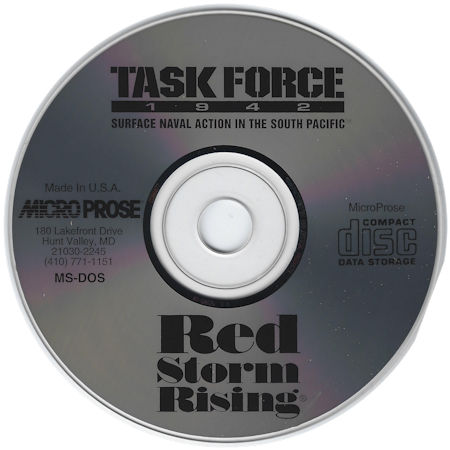 The Game
The year 1942 is the subject of many computer games that deal with World War II. The reason: this was the year that many pivotal battles were fought including Midway, Stalingrad, N. Africa, and... Guadalcanal. This game deals with the desperate battles fought in the Solomon Islands, specifically in and around the island of Guadalcanal, in which the Allies tried to stop the Japanese from their drive to Australia.

In TF42, you can play as either the Americans or Japanese. All the major ships that participated are represented, including the infamous Yamato and devastating Iowa. It features individual historical battles, as well as the whole Guadalcanal Campaign.

The objective in the Campaign is to take over both bases on Guadalcanal, but as you are the Naval commander, you do not have direct control over the land battle. Your main objective is to keep the marines on Guadalcanal supplied and bring reinforcements to them, to shell the enemy base, and to stop the enemy from bringing supplies and reinforcements to their troops. These 3 tasks are accomplished by assigning the ships available to you into Task Forces and Task Groups, and send them on Patrol, Supply, and Bombard missions. More ships become available as time progresses.

The game has a strategic mode in which you can order your fleets around and monitor the overall situation, and a tactical mode in which two fleets meet and you can actually command the battle in real-time and "jump into" any ship and fire the guns or torpedos.

You also have air support. The planes can patrol or, if you have fighters/dive bombers/torp bombers available, attack enemy fleets! The air units and amounts of planes available to you change as they did in the actual war.

You can create your own "Dream Matchups": Yamato vs. Iowa; North Carolina vs. Nagato; A group of New Orleans Heavy Cruisers vs. small but fast and deadly torpedo-armed Japanese destroyers... all the ships are available. 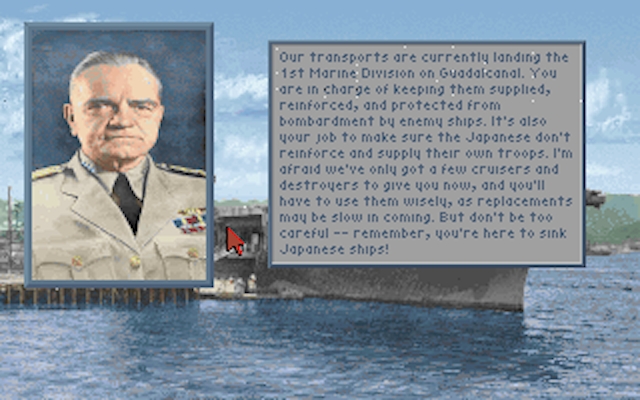 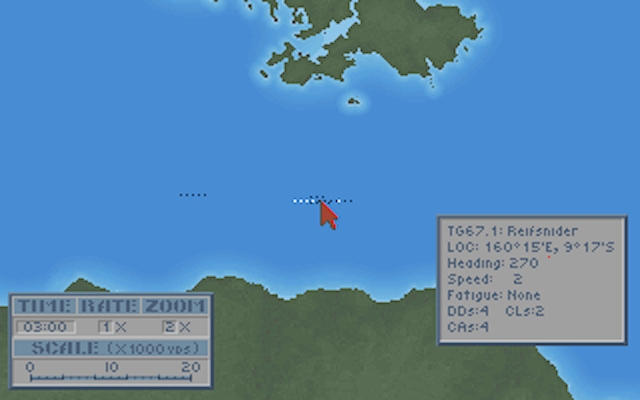 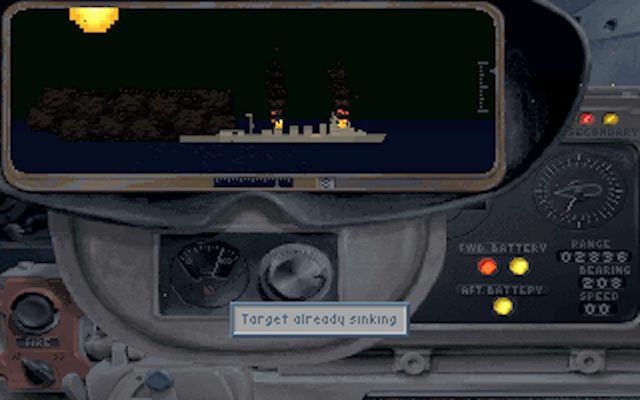