The Game
Tank Commander features a choice seven missions, including volcano, arctic, desert, and urban settings. Each mission consists of sub-sections with distinct objectives. Complete the first objective and you may proceed through the mission.

You may observe the action using chase, gunner, driver, commander, or satellite views. No matter how you view it, the tanksim's physics are completely detached from reality. Your tank will spin and accelerate much more rapidly than real life. The tank drives more like a hopped-up mustang than a 63 ton armored assault vehicle. You will spend a lot of time zooming around and blasting targets the onboard radar picks out for you. Tank speed and radar aren't the only unrealistic aspects of the sim, either. You have at your disposal, on a single tank, the cannon, coax machine gun, flame thrower, mine destroyer, even a homing missile. Tank Commander sure outfits you well! And if you deplete your ammo too soon--and you will--there are "power-ups" in the game to refill your stores and armor. If you have reached the conclusion that Tank Commander plays fast and loose with realism, I won't try to argue you out of it.

With dated graphics and borderline physics, what can be said in TC's favor. Well, completing the mission is challenging. The AI is aggressive and you will be under constant fire. Most missions give you the option to call for help. Air support arrive in the form of war-hungry A-10 Warthogs. These guys can help you clear a beach in a hurry! You don't relax or reconnoiter much in this sim--it's pretty much shoot and scoot all the way. The enemy will show up in many forms--Leopard tanks, helos. individual troops (fun to run over!), hovercraft, destroyers--you name it. No matter how arcadish, Tank Commander presses a mean attack. And the difficulty level increases as you progress through the missions.

During the mission, small video inserts of your crew members will appear in the upper right-hand corner to advice and alert you. Listen to them. This isn't their first rodeo. Completing an objective is gratifying and you can get hooked playing this sim even though it ain't pretty. The sounds are last in line. Nothing can substitute for the echoing boom of the main cannon that M1 Tank Platoon 2 offers.

The programmers of Tank Commander display some novelty when they include drones and helicopter surveillance. And wait till you crest a ridge and cast your eyes on the ancient pillars of Stonehenge! Where are we, Toto?

For its time, TC was pretty good stuff, especially if you're one of those tanksim commanders like me. You just don't feel right unless you've spun the turret on every tanksim you can try. In that case, you will find a place on your shelf for Tank Commander. 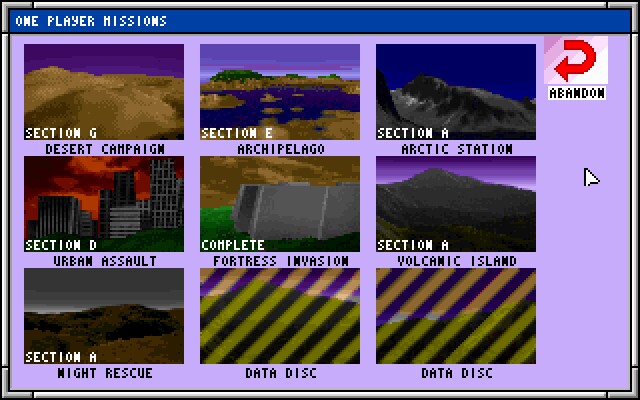 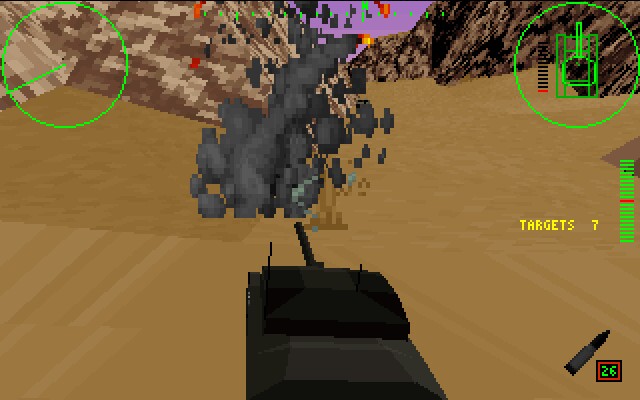