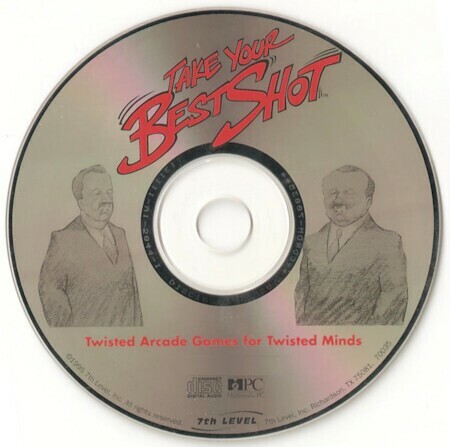 The Game
Take your Best Shot is a collection of Windows goodies and games based on the animations of Bill Plympton. The subtitle promises “Twisted Arcade Games for Twisted Minds”. In truth, the three games included are adaptations of Breakout, Pong and Baseball.

The main attraction is an interactive version of the dispute between the two cartoon characters Joe and his Boss. Both humiliate each other with bizarre weaponry. For example, Joe blows his Boss’ head off with a cannon; his superior takes his revenge in working Joe’s head with a lawnmower. You may choose the type of assault.

All of the animation in Take Your Best Shot is taken from the animated short film Push Comes To Shove (1991). Plympton is a cartoonist and film-maker, whose 1987 animated short film Your Face earned him an Academy Award nomination. He reached the peak of his popularity in the mid-90s, when some of his animations aired on MTV. Take Your Best Shot dates back to this time. 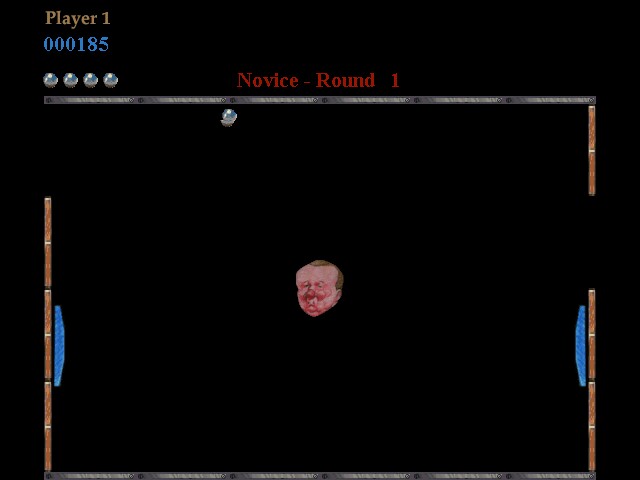