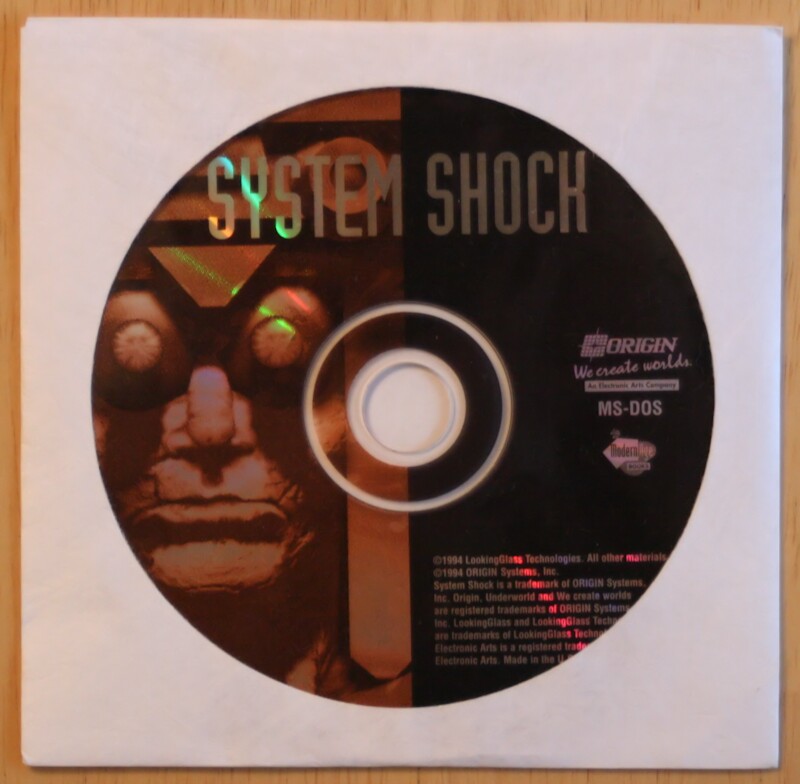 The Game
System Shock is a creation of Looking Glass Technologies, known best at the time for their groundbreaking Ultima Underworld series. System Shock is a departure from those games -- although it is a first-person perspective 3D exploration game like the Underworlds, it has a futuristic setting. The graphic engine and physics model is a strong improvement from Underworld.

The Plot
You wake up from a healing coma after a cyberjack implant operation and suddenly realize that something is terribly wrong! The space station is overrun by mutants, cyborgs and robots -- all serving Shodan, a ruthless artificial intelligence. As you explore the station, you find dead bodies of crewmembers, piecing together their log entries to figure out what happened and to find clues as to how to defeat Shodan, all the while fighting for your life. My first few hours with System Shock were quite unnerving, being thrown into an alien situation, wondering if my next step around a corner would be my last. Origin and Looking Glass did one hell of a job in building tension!

Gameplay
The mouse interface is similar to Underworld's. By moving the cursor in the viewing area your movement type is determined. Holding down a mouse button causes the movement. Personally, I found it much easier to move using the keyboard. The mouse cursor is also a crosshair, and by pressing the other mouse button, your weapon is fired at that location. Pressing the left button once causes what you are pointing at to be identified -- a nice feature. Everything on the screen can be identified.

At the top of the viewing area are status bars (health, energy) and posture indicators/controls. By clicking on the posture controls, you can crouch, lay prone, look up and down, and lean to either side. This can also be controlled by the keyboard. You can move while crouching and you can also "crawl". This allows you to go through low passages. The fact that all objects in the environment everything is 3D-rendered means you can do things like crawl under desks! You can also run, jump and climb.

To the sides of the viewing area are selection buttons for turning on and off various "hardware" which you acquire during the game, such as enhanced sight, navigation, body shields, etc. These items consume energy which can be replaced by fresh batteries or power stations. My favorite item has to be the skates -- when these are activated, you careen around at a high rate of speed (with the view tilting to each side as you go around corners).

Much of the game is exploration. The eight main levels are large and complex. The automap is an absolute necessity and allows map notes to be entered. Secret doors/floors, twisty passageways, objects and clues abound. Security cameras and computer nodes must be destroyed to cripple Shodan and ruin his plans.

There is a fair amount of puzzle-solving as well. There are the usual button/lever puzzles and locked door puzzles along with putting clues together (moslty found in crewmembers' logs). Some puzzles are multi-level (you will have to go back and forth between levels). Some puzzles are just that -- puzzles -- like rewiring access panels. These are, however, generally simple and can be solved with a little trial and error.

To solve some puzzles you must enter "cyberspace" (enter the computer network). This is a game-within-a-game where you move around in a wire-frame 3D environment to gather data, activate some switches, etc. There are polygonal enemies, cyberspace weapons and powerups as well. I found the cyberspace segments to be a nice change of pace if nothing else.

Finally, there is combat. You have a wide array of weapons available to you. Most are some form of gun -- some types of guns/ammo do not damage some enemies so you'll have to experiment. Additionally, there are various kinds of grenades, bombs, and mines at your disposal. Throwing grenades is realistic and fun -- if you aim right, you can bounce them off walls and have them land around corners.

Some enemies merely claw at you, while others have high-tech weapons like yourself. That means that stealth is a great asset. Getting down on the floor, leaning to peek around corners, and quick shooting are often extremely helpful.

System Shock is an atmospheric game with the most advanced 3D engine available in its day. It was a technical marvel -- and it's a good game too. 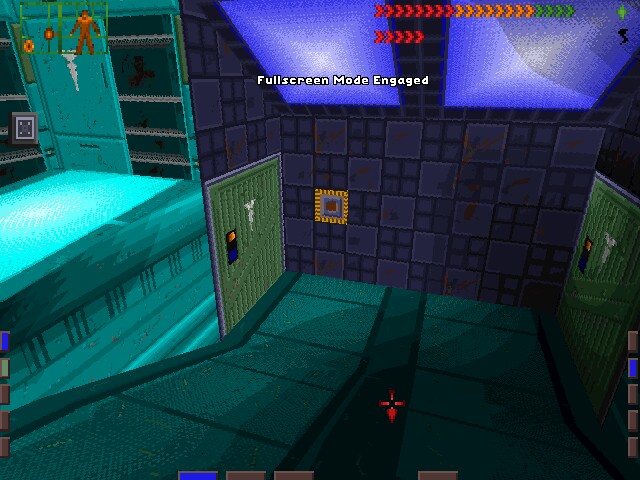 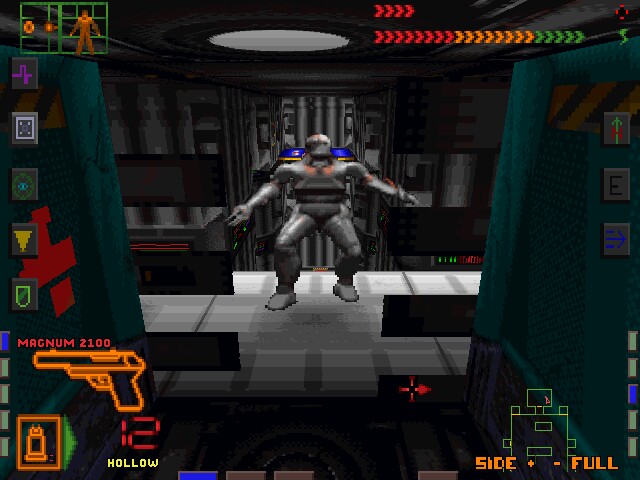 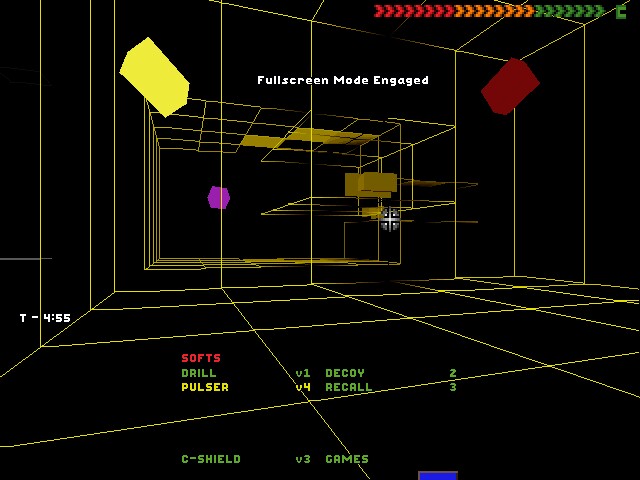