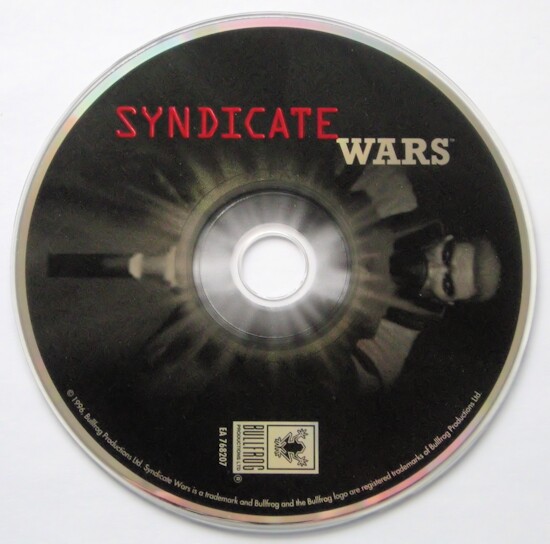 The Game
A small retrospective: In Syndicate, a multitude of competing syndicates battles for world domination. The normal population doesn't know anything about this war, because they are influenced by a mind control chip implanted into each of them. The citizens are nothing more than obedient workers and the control chip shows them an ideal world. The main objective in Syndicate was to destroy the other syndicates and by this achieving world domination.

At this point, the story of Syndicate Wars begins. World domination has been achieved and the syndicate can once again devote itself to exploiting the people. For this purpose, a team of scientists gets the order to expand the capabillities of the mind control program. Due to an experiment on themselves, the scientists go mad and found the "Church of the new Epoch". With their great knowledge of the mind control techniques, they write a computer virus which attacks the syndicates mainframe and a lot of mind control chips fail. The church now only has to convince the "unlead" citizens to help them with their yet to be revealed plans. In gameplay, the unlead, which were meant to be the third playable fraction, appear from time to time to bring in some chaos by robbing banks or simply attaking anybody on the map. But unfortunately their campaign has never been finished by the programmers.

So the new arch-enemy is born and the struggle for world domination goes into round two. The player can choose to play the syndicate or the church of the new epoch and conquer one country after another on a world map by winning the appropiate mission. You cannot attack every country on the map like in "Syndicate". Most of the time, you can choose between one to three different targets. But thats not an real disadvantage because by this virtue, the main story can be told easier.

The missions are different depending on which fraction you prefer to play, only the maps of the levels are the same. So the game can be replayed at least once. But the difficulty while playing the church of the new epoch is higher, so beginners should start with the syndicate. There are five different types of missions, namely:

One of the new features of Syndicate Wars is the completely destructable environment. This is not just a fancy special effect. It's part of the gaming experience. The enemy uses this often to lay traps, because even a cyborg cannot stand up to an falling building. But the player can also use the destruction to his advantage by laying traps for the enemy or to simply rob a bank when his own funds are getting terribly low because you just wanted to equip your team with the shiny new weapon your scientists just invented. Just put an explosive or two in front of the bank, and after the dust has cleared up, pick up the suitcases full of money. But you should do this quickly because the police gets alarmed and will show up on the scene of the crime. If you are now wondering why the world dominating syndicate should fear the police you should consider that the police is the only "good" faction in the world of Syndicate Wars. They chase anybody who acts against the law.

New weapons and body implants are invented by one's own research department. The player can choose the budget and how many scientist should work on the project to improve the research rate. So during the mission, you should always try to persuade as many scientists as possible to bolster up your research team. They can be found in high security areas and ambulances. 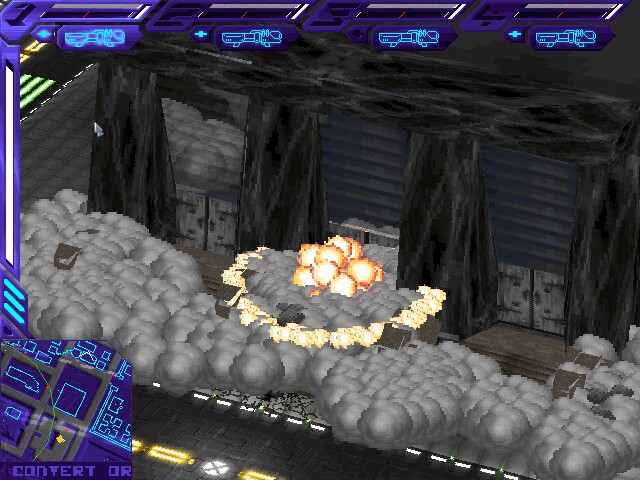 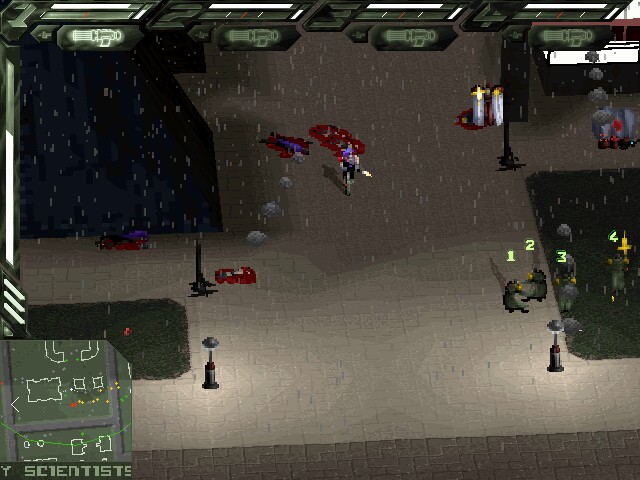 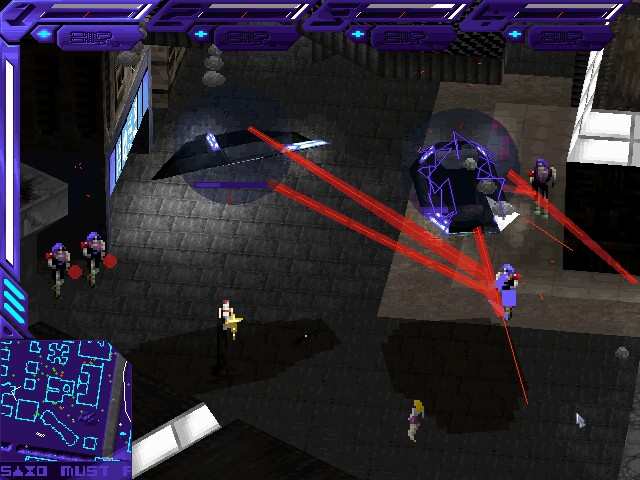