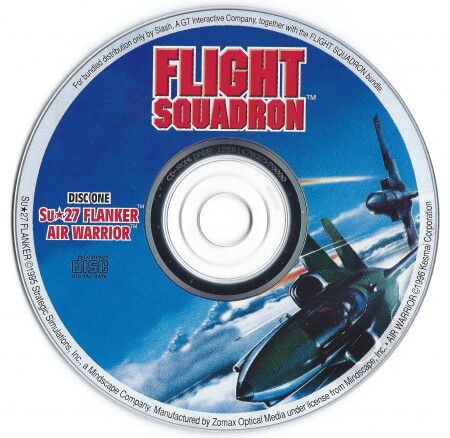 The Game
I went vertical after the head-on pass, causing him to lose sight of me as I maneuver onto his six. The pilot of the FW190A finally spots me again and breaks hard left. I line him up and pull way back on the stick of my P-51D, dragging the nose toward the hard turning Focke-Wulf. My vision dims as the G's build, till I'm on the verge of blacking out. Airspeed is bleeding off rapidly, but I keep the pressure on. As I slowly bring him into my sights, my plane begins to buffet violently. The stall light is flashing, telling me that I'm right on the edge of the envelope. My Mustang is an unforgiving mount--push it any harder and before I know it I'll be tumbling helplessly downward in a spin. I want to ease off, but I'm so close to a shot I decide to risk it. I drop maneuvering flaps to boost my turn rate a bit, and push the throttle forward to full war emergency power to counteract the extra drag. He passes though my gunsight as I pull inside his turn, trying to judge the correct amount of lead. I press the firing stud, making minor adjustments to walk the stream of tracers from my six .50 calibers onto the target. Just a little more...paydirt! Bits of his plane break off and fall away as I continue the barrage of lead. As his plane begins to trail a stream of smoke, the German pilot decides that things aren't going so well and does a lightning quick three-quarter roll to starboard into a split-S. Damn! So close! The Focke-Wulf can roll so much faster than my Mustang that I can't hope to follow him through his defensive maneuver. I break off the attack, clean up my flaps, and build up some airspeed for another pass. I didn't get him that time, but he's leaking fuel or oil--either way, he won't be going far...

SVGA AIR WARRIOR is an air combat simulator covering the WWI, WWII, and Korean War eras. Its emphases are on realistic flight dynamics, weapons performance, multi-player modes, and a blistering frame rate to the exclusion of all else. That means that ground graphics are crude, consisting of pyramidal mountains, blue regions for lakes and rivers, gray rectangles for airstrips, and small gray buildings representing ground installations. External views of other planes are also gray, boxy, and crude, but not so crude that you won't be able to tell the difference between a Corsair and a Mustang, for example. The sharp cockpit graphics are well done, but if great graphics are what you're looking for, this game is not for you. If you crave a realistic combat simulation, where physics is not ignored and skill and intelligence are more important than arcade game reflexes, where you really feel like you're flying a plane in combat, read on.

The dials and gauges are sharp-- a pleasant change from fat lines you see at 320 x 200 in other flight simulators of the time. Once you get used to the clear, legible markings and thin needles, it's hard to go back.

The planes all fly very differently. With full realism turned on, you must exercise a large amount of control to avoid accelerated stalls. With less maneuverable planes, vertical maneuvering speed is quite high. It's easy to stall out at the top of steep climbs, and if the you don't ease off on the control stick, or if you apply too much rudder, the plane will snap into a spin. Different planes have different stall/spin characteristics. The Mustang and Spitfire are very touchy, while the Bf109 hardly ever spins. Turn rates, roll rates, induced drag, acceleration, stall speeds, and maximum AOA (angle of attack) all vary from plane to plane. The values of these performance parameters for a given plane will often dictate which combat tactics will work and which won't. Make lots of hard turns in a FW190A and you will soon find yourself slow and vulnerable, no longer able to maneuver. A Zeke, on the other hand, can turn extremely well at low speeds but becomes sluggish at high speeds, particularly in roll performance. This is without a doubt the most realistic feeling air combat simulation I've ever played on a DOS PC.

The computer pilots at ace level are very good. They use the vertical fairly well, and are tough to nail down. Unlike in Aces of the Pacific, they aren't all perfect shots. Even if you eventually get good enough to beat them consistently one-on-one, you can always add more enemies. The drones do not cheat, so they have no built-in advantage over you, other than an intimate knowledge of their performance envelopes (they never stall or spin). In fact, they always fly under the restrictions of all the realism options, so if you turn them off for yourself, the computer planes will be much easier to beat since you will be the one with an unfair advantage.

The from-the-cockpit viewing system was in a class by itself during the early 90s. This is something that every flight simulation strives to do well at, but almost always falls short of the mark. As described above, SVGA AIR WARRIOR has 26 different views out of the cockpit, though the downward views are included mostly for aesthetic reasons, since they do not allow you to see out of your plane. This wide variety of viewing angles, together with the intuitive way in which they are accessed, makes it possible to track targets about as well as could be done in real life. It takes a little practice, but eventually you become so proficient that it takes no almost thought to be able to track a bandit through the most complex gyrations. Keeping sight is made easier by the overlap that exists between adjacent views. Transitions between views are instantaneous.

Even with all the realism options turned off, SVGA AIR WARRIOR is still a difficult game to master. To be truly successful with a given type of plane, you must have a thorough knowledge its strengths and weaknesses. You must know how it compares to every other plane in a variety of performance criteria. Maneuvers which work well against some plane types can be suicidal against others.

Flying with full realism turned on adds another layer of complexity onto the game. For diehard realism fanatics, it is a dream come true, as it factors in even more characteristics which add to the uniqueness of each plane's personality. When accelerated stalls, spins, and blackouts are possible, flying skill becomes a much larger determinant in the outcome of a given combat. Winning still requires a good knowledge of air combat tactics, but more than that it requires finesse. 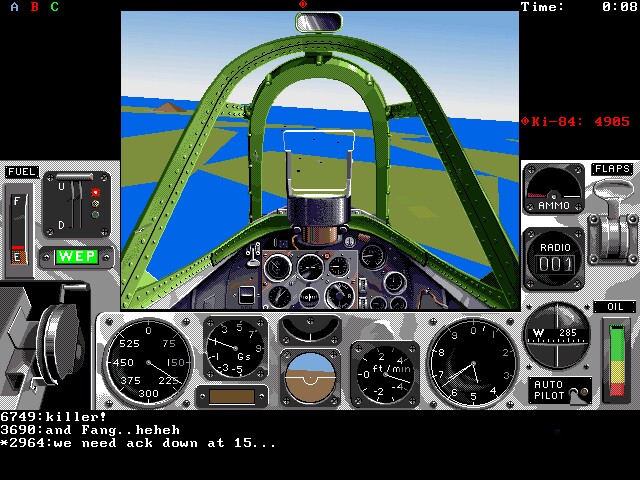 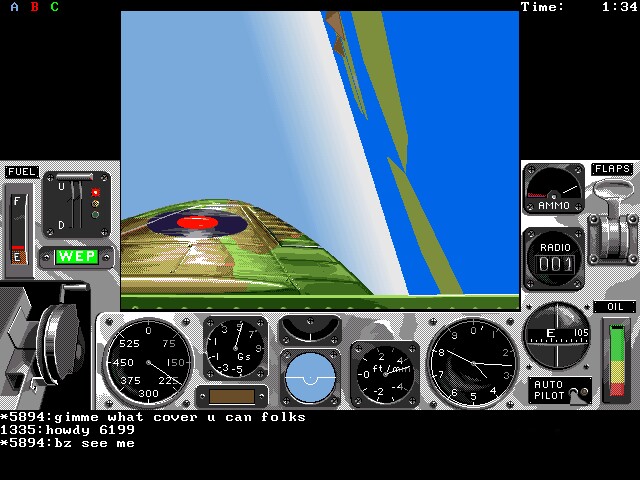