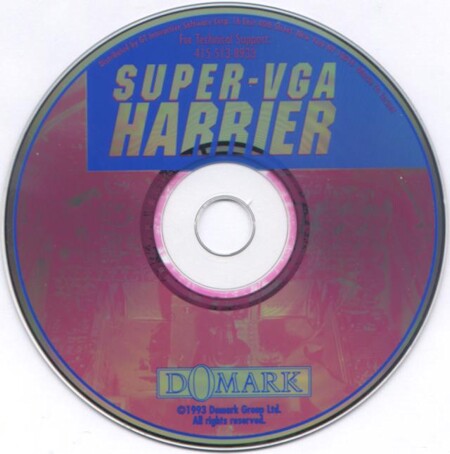 The AV-8B flight simulator is impressive, rivalling Falcon 3.0, the benchmark air combat sim of the era, with its complex flight model. Roll and pitch rate is responsive and fluid, giving one the impression of flight, unlike some other unnamed simulators that "ride on rails". Simis has experience programming flight simulators for the RAF, so this is not surprising. Gray out occurs at over 8 Gs, and complete black out is possible at sustained high Gs. The VTOL capabilities of the Harrier are fully modelled and are quite interesting. It's a challenge to land vertically on the tiny flight deck of the LHA! Luckily the autopilot is very effective if needed.

The campaign game allows a player to fully control all aspects of a Marine Amphibious Brigade Task Force assault on a small island occupied by Indonesian forces. This "wargame within a flight sim" is a unique approach. In an unprecedented span of campaign control, the player manages all naval, land, and air assets. One develops a battle plan before starting the campaign by assigning waypoints for all Harrier, helicopter, Special Forces, and Marine assets and determining their actions at each for the duration of the operation. The game scale allows control down to individual Marine platoons (three vehicles) and Special Forces teams that provide laser designation for CAS. Once the campaign begins, the plan can be modified as desired. The simulated forces execute the plan in the 3D world in real time as ordered. As one flies, it is quite entertaining to observe and support the friendly tanks and tracks as they advance on and attack an objective.

The player assigns activity for the limited Harrier assets (16 total) as he does for all other forces. He can, however, enter the cockpit of a AV- 8B at any time during its mission execution or prior to take off (to assign weapons as desired). The game ends when the Marines have operational control of the island or one loses all his Harrier aircraft, whichever comes first.

3D graphics are nicely rendered throughout. Super-VGA Harrier was the first flight sim to sport 640x400 graphics. The enemy bases and facilities are detailed enough for accurate bombing or strafing, The Harrier cockpit is well detailed and includes simple avionics. 0.

The enemy AI seems to provide a challenging gaming environment. This is mostly due to their effective SAM and AAA employment. Going back for a second pass at a target is deadly as the sky fills with tracers and missile trails! The opposing aircraft mostly seem like weak opponents, however. Sidewinders are extremely effective and, given a good lock tone, the enemy A-4s and helicopters invariably go down before them. The base of F-16s on the west end of the island offers much more of a challenge -- one must use the Harrier's vectored thrust capabilities to turn with these Indonesian Falcons which are evidently flown by experienced pilots. Inclusion of a padlock or tracking view would have been welcome as one endeavors to maneuver into the elbow for a satisfying gun kill.

Although other friendly aircraft may occupy the airspace at the same time one is flying, there is no provision for a controlled wingman. A player could set up a CAP mission to follow a computer controlled Harrier and act as a wingman, but solo missions seem to be the order of the day. Another concern is the distinct lack of a rear view or at least a rear view mirror, which would be nice for target damage assessment after a bomb run. The exterior views work nicely too.

All in all, AV-8B was an exciting early 90s sim. It was a must have for flight simulation enthusiasts for its flight model alone, and it is a good game as well. 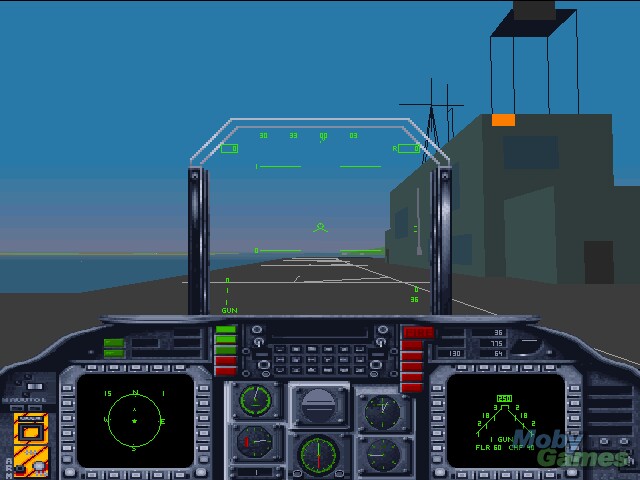 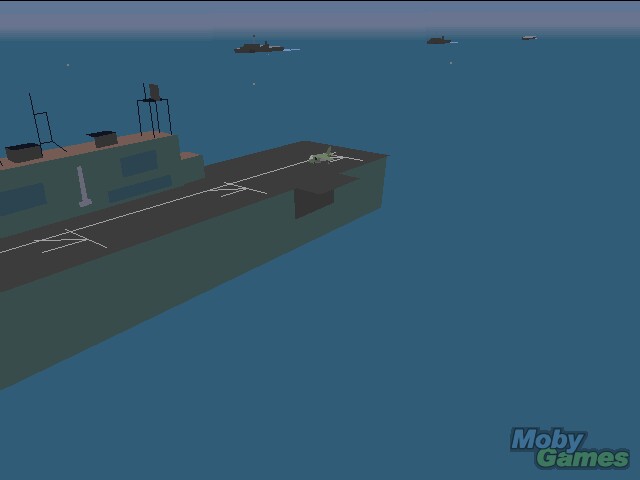