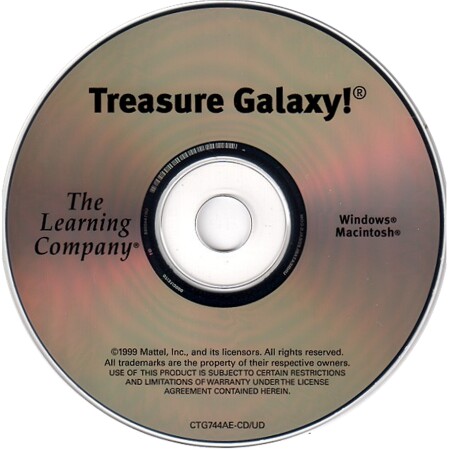 The Game
This is the last of four Treasure games in this subgroup of the Super Solver series of educational adventures. The Master of Mischief was removed from Treasure Cove, and goes to Crystal City in deep space. He turns some asteroids into destructive Disasteroids, attacks Crystal City and shatters its crystals. The Super Solvers are called to recover the crystal shards and save the city. The goal is to recover all crystals and bring them back to the queen in her palace.

This is done by first capturing animated fireballs called "sunbeams". If you answer their riddles correctly, they will help you decode a cipher that must be cracked in order to get the crystals hidden in the satellites. Each stage will have a different cipher that goes toward all the satellites in it. There's a different 4-digit passcode for each of three separate stages.

Kids aded 5-9 will use math and critical-thinking skills to measure everyday objects, arrange geometric shapes, identify calendar dates, do basic fractions and more. The difficulty of each separate category of puzzle changes depending on how well the player does with that type of puzzle. 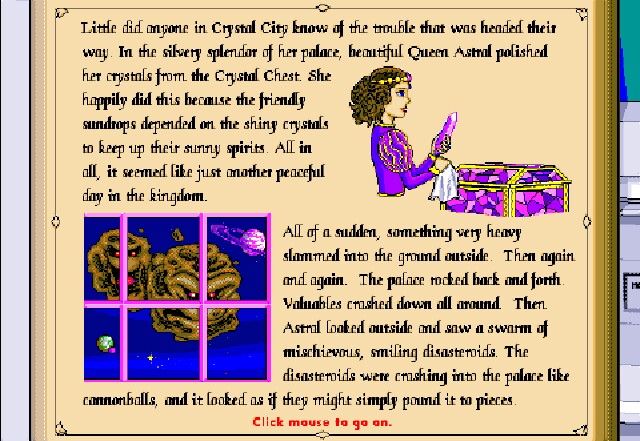 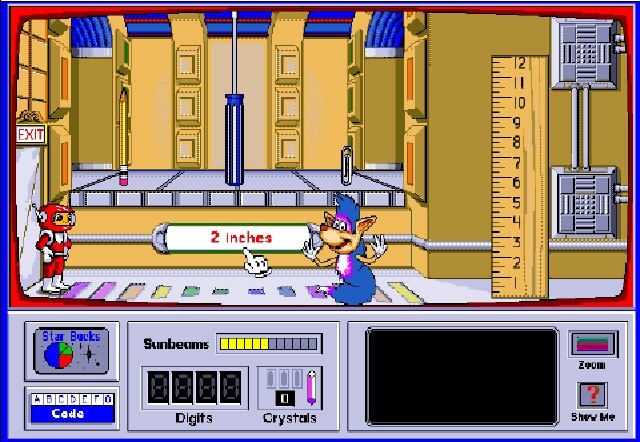