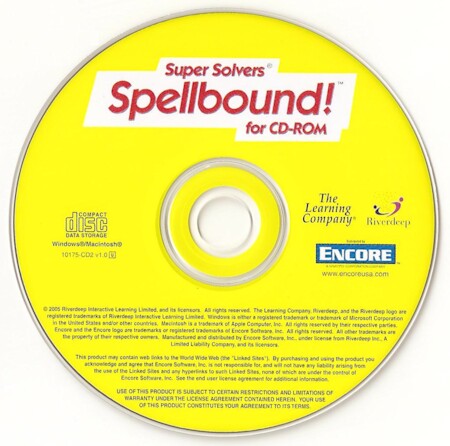 The Game
The story of my affinity for this game goes back to when I was in elementary school. This and Midnight Rescue (also part of the Super Solvers series but far older) were the two pieces of software that my fellow students and I flocked to when we had some sort of free time on the computers. It was one of those things that united divisions between the little cliques that inevitably form in any school. If you were doing particularly well in Spellbound a small crowd would form around you and everyone would gasp in awe at your prodigious spelling ability.

When I look back on it now, I'm overcome with waves of nostalgia. It speaks volumes for me that some of my fondest memories of childhood come down to my playing of a computer game in school. In fact, I spell as well as I do now because of Spellbound. That is the crux of the mastery that the Learning Company exhibits in their early games. The passion to teach shines through an attractive veneer and addictive gameplay mechanics. The entertainment value is not lost amongst a sea of ham fisted teaching techniques.

The basic concept behind Spellbound is that Morty Maxwell has challenged the Super Solver to a spelling bee for some reason. The storylines of these games are never particularly important, the point is this game has one.

From the title screen the player is presented with a screen called the "Spellbinder" which functions as a way of accessing the various games available to the player. You have the option of playing a word search, crossword or flash card exercise which all aim to improve how the player spells in preparation for the main event; the spelling bee. As the player progresses his or her game begins to get a bit harder by words becoming jumbled in the flash card exercise or words coming in strange patterns in the word search.

This may seem superficial, however the interface is streamlined and the game progresses quickly. The games don't drag and if the player doesn't care for a particular one they can simply replay a particular game they like until they unlock the next spelling bee.

The fact that this is an educational game is very evident and instead of focusing on unnecessary gameplay hooks the challenges are relegated specifically to reinforcing spelling ability in children. As an adult, I cruised through this game in around 15 minutes or so. I remember vividly being challenged by this game as a child and wanting so badly to get to the White House at the end of the game.

There are numerous word lists for the player to choose from and the player can create their own for personally targeted spelling list. This extends replay value and as each run of the game is a relatively short one, each list can be worked through and new ones created to essentially create a limitless educational experience.

The inclusion of spoken words is a big benefit for this game however the lack of music and odd and totally unrelated sound effects does nothing to improve the experience.

I approached Spellbound from an adult perspective and found an educational title that should be installed on every computer in every public school...everywhere. It's an excellent tool, that features addictive exercises designed to prompt the player to hone their spelling and typing skills in preparation for the ultimate goal; the spelling bee. 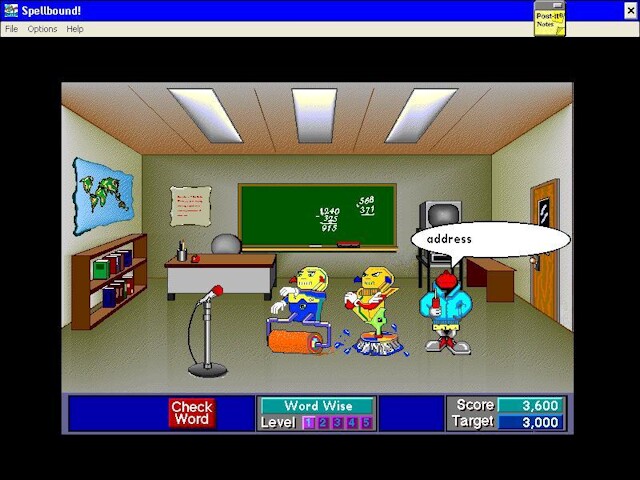 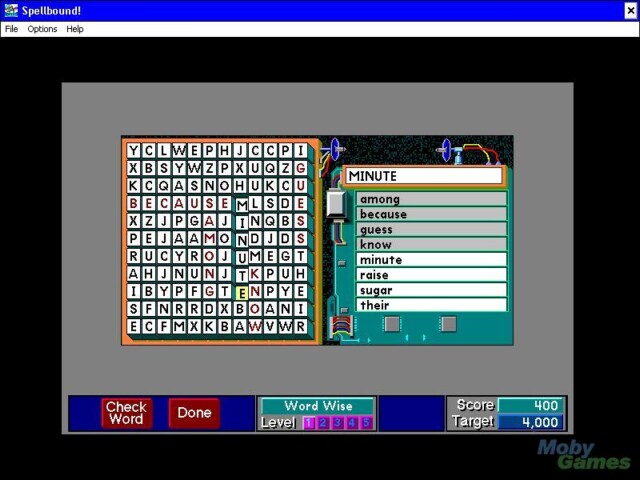