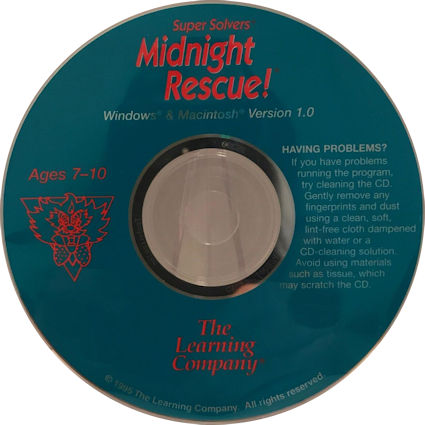 The Game
Midnight Rescue! is a side-scrolling educational game whose objective is to stop the Master of Mischief (also known as Morty Maxwell), a common antagonist of The Learning Company's Super Solvers series and Treasure series, from using his robots to paint the school invisible by midnight. To do this, the player must deduce which of the robots he is hiding in by comparing photographs taken of robots to clues obtained by reading passages left around the school and answering questions about them.

During the course of the game, the player will be attacked by the Master of Mischief's robot henchmen (Buffo, Lectro, Pogo, Rollo, and Turbo), who all take the form of various types of paintbrushes. When they appear they will either attempt to crash into the player or launch projectiles like marbles or pies at him. This will cause the player to lose either time or film. If the player uses his camera to take a picture of the robot before this happens, however, the robot will run away and the player will learn certain characteristics about that particular robot. These photos hold information that can be used to identify the robot the Master of Mischief is hiding in.

When the player has all four clues and photographs of each robot, he must then decide which robot he thinks the Master of Mischief is hiding in. The player must compare the clues gathered from answered questions to photographs that reveal characteristics about the robots. If the player correctly guesses the robot the Master of Mischief is hiding in, he will get a bonus score based on film and time remaining. This will be added to the total lifetime score. If he guesses incorrectly or fails to gather enough information by midnight, one of the robots will cover the player with invisible paint and the player will lose the game. Losing a game does not affect the lifetime score.

Each time the player completes the game, his lifetime score increases. At certain score amounts, the player will advance a rank and the game becomes more difficult. At higher ranks, more photographs are required of each robot, the robots will move faster, and some of the articles posted around the school will not contain clues. 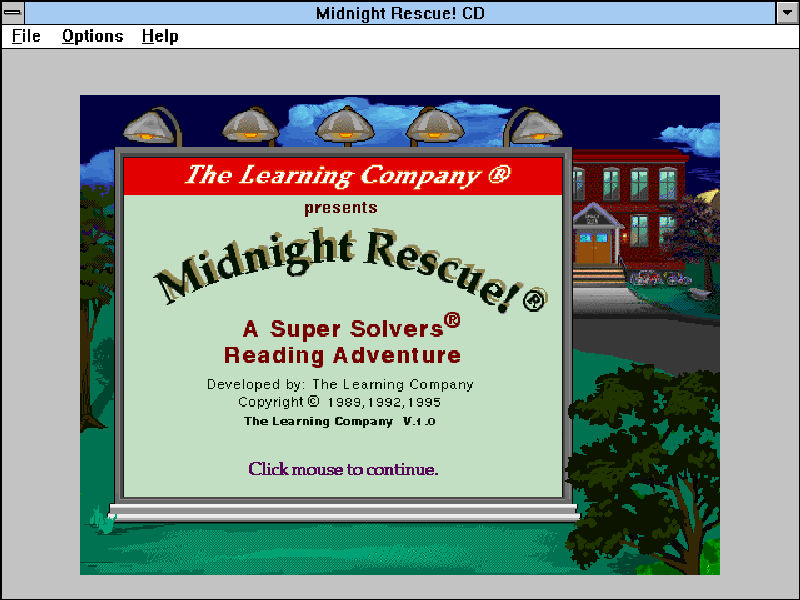 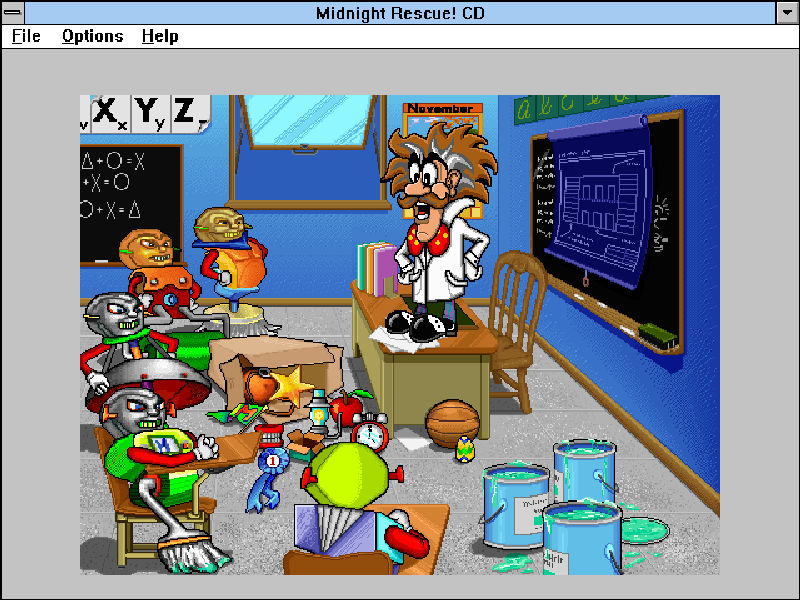 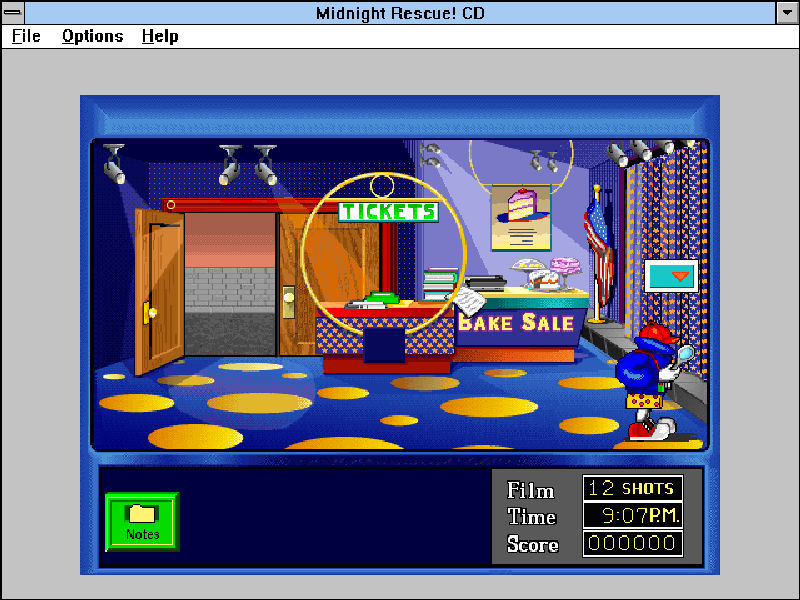