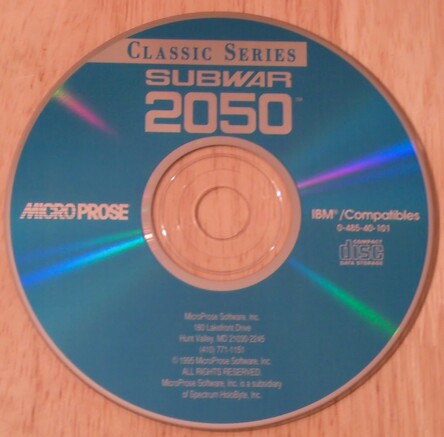 The Game
The game takes place in a dark future much like Syndicate. You are a mercenary and control subs which act much more like aircraft. After being trained through five basic missions you go on to accept contracts, conduct search and destroy missions, go on recon, kidnap, and a host of other tasks.

The graphics quite good for the era. Underwater sites include very nicely defined thermal layers, wonderful terrain with cliffs and mountains, and man-made artifacts (a sunken U-boat, mines, a large assortment of subs, aircraft, buildings, etc). Another nice touch: The deeper you go, the darker the screen gets. If you dive into a pit you dive into walls of darkness and have to fly-by-wire (by instruments). MicroProse, in its usual push for realism, made sure pits and valleys block sonar. This allows you to use pop-up tactics like in Commanche, a helicopter sim of the era. Thermal layers also block sonar but, as might be expected, you can see and fire through them.

Instruments and data are displayed via HUD and a dash board. You can go to full-screen, enemy view, chase sub, fly-by, and weapon views. You can also look right or left. The screen can get very busy, very quickly.

Sound is mainly weird sea creature sounds, explosions, and klaxons. Also, between missions there are some short but very nice movie-like graphics. With major achievements such as finishing a sequence of missions, you are rewarded with some longer, rather amazing, graphics. For instance, you can watch the ship as it embarks from its home port.

Characters can die but be revived...for a price. When you run out of cash, you become terminally dead. Characters can also be taken prisoner and are "sold" back into freedom. As some of the missions can be quite difficult, I advise backing up your saved game files.

Because the game can be very difficult you can abort and restart a mission. You will see an inglorious death forthcoming but avoid repercussion. Subwar 2050 drops you back into the command center as if you never went on the mission. In contrast, if you deploy the eject capsule you will frequently become a a POW.

Missions are serial and must be completed to go to the next. There are five campaigns, if you count the training missions. The training missions are easy and good preparation for what is forthcoming. In the Atlantic campaign, the first mission was not too bad while the second, third, and fourth were difficult. By the fifth mission, my mind started blurring. I can vaguely remember the campaign ending with a hellish ninth mission; screens full of enemy subs, torpedoes, and missiles. The other three campaigns are of increasing difficulty.

There is also a simulation mode where you can just go and kick some behind without needing to worry about becoming a KIA or POW. The simulation is outside of the plot line and is meant as a place to work on tactics.

As the subs differ in quality and munitions, there is strategy to this game. You can't just go in and blow things up. Rather, you must plot out how you want to approach each mission, given the subs you have on hand. The default armaments your sub is supplied with are rarely the correct mix of weapons to succeed in a mission. Therefore, you should always plan on editing how your subs are outfitted. Additionally, in a number of missions you are given a wing man, either for combat or to complete a special task (such as planting explosives, or kidnapping a target). You are also responsible for arming your partner's sub so take heed.

All in all, the game is solid strategy fare with an impressive environment. It has the feel of a flight simulator, HUD and all, and should appeal to flight-sim fans as well as fans of submarine warfare games. To be sure, Subwar 2050 has quite a lot of strategy that will keep you on your toes. 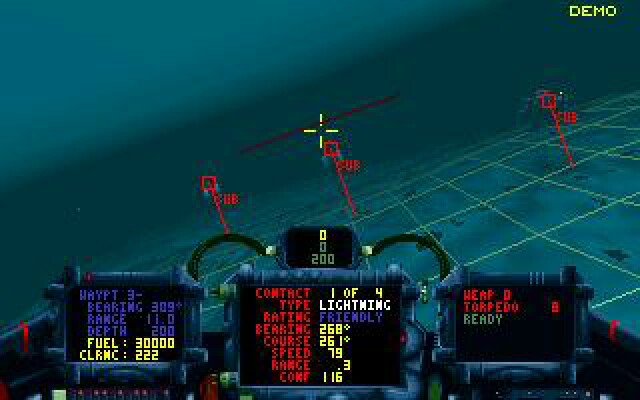 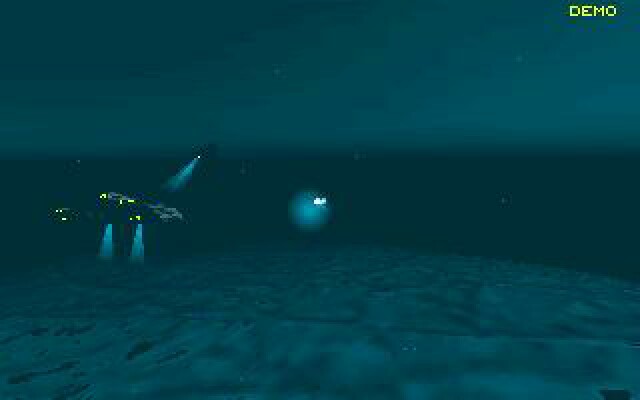