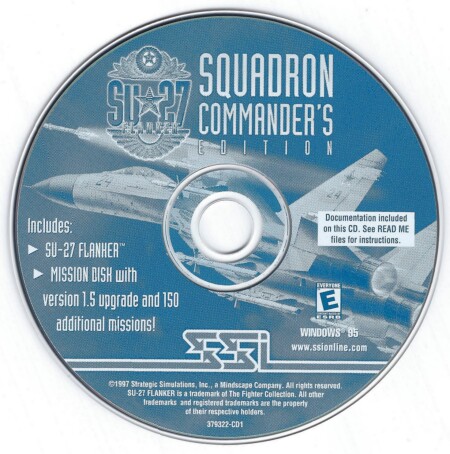 Actual Game
The Game
A rarity for its time, this sim does not take place in Korea, Iraq/Kuwait or any of the worlds other hot spots so beloved of flight sim writers everywhere. Flanker has as its sphere of operations the Crimea, an area which in the sim's near future scenario is claimed by both Russia and the Ukraine. One result of this is that both sides tend to use pretty much the same equipment meaning that the pilot has to be very sure of the identity of their target before they let fly. The choice of the Crimea is a good one because it provides a compact area of operations with plenty of variety in the terrain.

Flanker caused a bit of an uproar when it first came out because it bucked the trend in flight sims. There wasn't a bitmap in sight. Instead, what we got were crisp SVGA polygons. In fact, the style of the graphics were eerily similar to Tornado though of course in higher resolution.

How does it all looks when it is moving? Approaching Sevastipol through its surrounding valleys desperately trying to hug the earth at 0 meters (slightly lower than 0 feet) to evade the searching radars, the player gets a real sensation of speed. Unfortunately, the player will probably be too busy trying to keep their kite in the air to notice how the roads beneath are full of traffic, the shunting yards are hives of activity and the SAM site that has just volleyed off a swarm of missiles at them is modeled in exquisite detail. Until of course they are hanging beneath their parachute when they'll have plenty of time to notice these things.

Inside the cockpit, things look great too. Most of the Flankers instruments are of the mechanical variety and the use of SVGA allows them to be portrayed in razor sharp detail.

People who have played as many flight sims as I have can expect to have some points of reference when we first load up a new sim. We know that a Sidewinder is a short range heat seeking air to air missile and a Durandle is a runway piercing unguided bomb. We also have a fair notion of what the HUD symbols means even though there may be minor differences between various types of aircraft.

The Flanker comes as a nasty shock to this warm complacency. Firstly, the death dealing ordinance hung onto your Flanker is all of Soviet origin complete with Soviet designations. Knocking down three Mig 29s in a furball is difficult enough without the added problem of trying to remember if a R27TE is a radar or heat guided missile.

Even the HUD cues are all in Cyrillic script and you haven't experienced panic until you've desperately tried to find the correct bomb dropping mode one and a half Km. out from your primary target. Thoughtfully the manual provides a translation table between Cyrillic and Roman lettering.

Most flight sim manuals when they get onto the subject of landings will tell you that in the final stages of an approach, the controls for speed and altitude are reversed i.e. the stick is used to control speed and the throttle is used to alter the rate of climb or descent. There are sound aerodynamic reasons for this which I won't go into now (as the teacher says when he doesn't know the answer). Try out this approach (ha ha) in most flight sims and you will end up sitting in a smoking wreck a couple of miles short of the runway threshold because the flight model simply isn't good enough to reproduce these effects in a flight condition which only lasts for a couple of minutes at the end of the flight.

In Flanker though, it all works exactly as it should. Similarly, though some sims may pay lip service to the concept of trimming the aircraft, Flanker is one sim where it is absolutely vital to trim correctly if you don't want your arm falling off through fatigue at the end of the mission. It's not enough to just press a couple of buttons at the start of the flight either. Flanker's trim varies with altitude, speed and aircraft weight, just like it should.

Despite the sophistication of the flight model, the Flanker is a relatively easy aircraft to fly until the ragged edges of its flight envelope are reached whereupon things can go pear shaped very quickly indeed. Fortunately two training missions which covers recovery from normal and inverted spins are included with the sim.

Another way of bringing some excitment into the jaded Flanker Pilot's life is to make use of the system failures menu. Many of the Flanker's systems can be assigned a time of failure. This can be either a fixed time or a period during which the system will fail. Want to make things hard for the poor sods flying your missions? How about making their port engine fail just as they start their attack run or knackering their radar just as they meet up with those three enemy Mig 29s? Just to show the devious cunning of the Flanker community, there was a debate raging on the Flanker mailing list when I was first getting to grips with Flanker over whether it was fair to start a mission with the Aircraft Control System (ACS) already out of action. This makes the plane harder to fly but also increases its capabilities since it permits maneuvers which the ACS would normally prevent.

There is no doubt in my mind that Flanker is a true classic worthy of every accolade the I can throw at it. When I first started this review, my feelings were that Flanker, though very good was still not quite good enough to displace Tornado from my personal number 1 spot but as I have played it more and more, doubts have entered my mind.

If you've spent countless hours flying across the States from airport to airport or trying to perfect your hammerhead turn and the idea of shooting something appeals then you will appreciate this game. 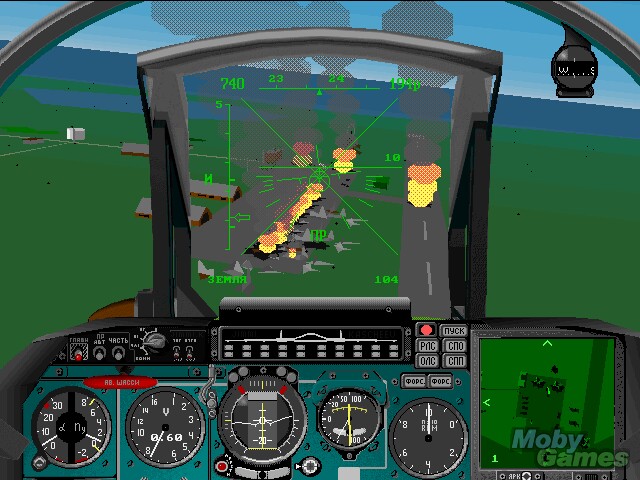 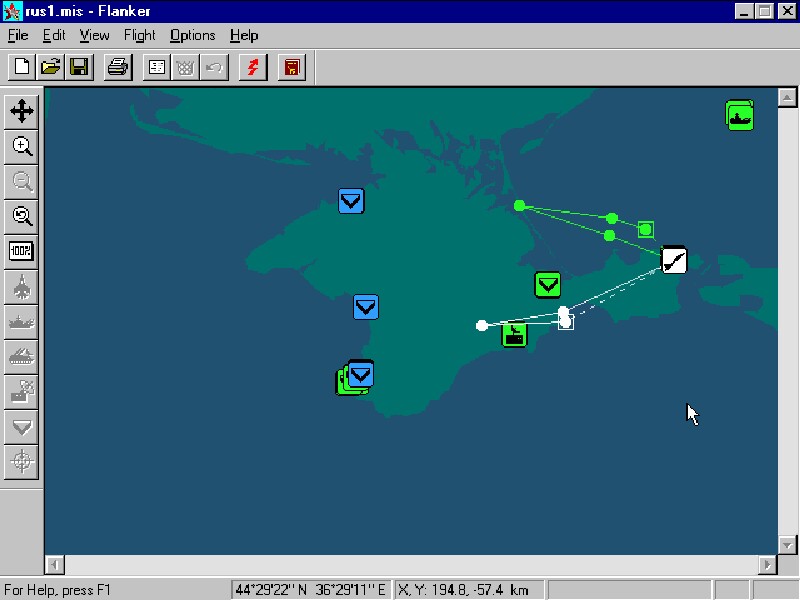