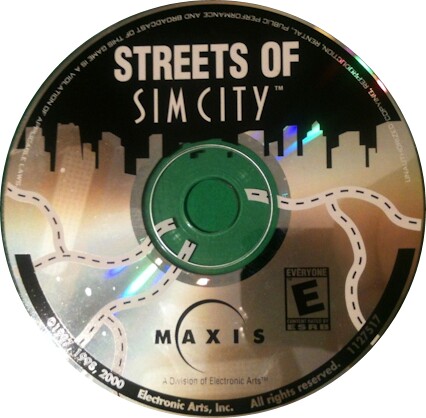 The Game
Some games are so precisely targeted at a specific group of gamers that they have almost no appeal to anyone else. Maxis' Streets of SimCity is such a game. This driving and auto combat game lets you tool around the streets of a SimCity 2000 metropolis in an arcade-style atmosphere. You can head out for a calm, uneventful excursion, pick up and deliver packages, race against other drivers, or blow your fellow motorists to tiny bits with rockets and machine guns. The game includes over 50 SimCity maps and comes with the SimCity 2000 Urban Renewal Kit, which you can use to create your own maps.

If you've ever played Activision's Interstate '76, you'll no doubt notice its influence in Streets of SimCity. The game loads up to a funky 70s-style theme. It utilizes a channel-changing metaphor for selecting scenarios and tells you all about the "stars" of each "show." And of course, there's the obvious similarity that both games involve a lot of fast-moving firepower.

Streets of SimCity lets you drive five different vehicles, including one that resembles the VW Bug, a Ferrari-style sports car, and a large utility van. You can customize your car (or truck) with a meager array of weapons and modifications, such as armor, airfoils, and radar detectors.

The game includes 30 scenarios that are arranged into five pseudo-campaigns. The stories for these are pretty well done and often humorous: One has you playing the role of a granny who must race and fight her way past a group of invading aliens. The gameplay for all scenarios is pretty much the same, however, and you must win one scenario before proceeding to the next. Money you earn in one scenario can be used to upgrade your car for the next. You can also pull into a garage during missions in order to get repairs and supplies.

As you drive around town, you'll see a number of objects on the streets. These can be power-ups (ammo, armor, repairs), packages (which can be delivered to earn money), and targets (cows, mailboxes, signs). You'll see pedestrians, too, but they are immune to your attacks and your driving - this isn't Carmageddon, after all. As you pick up certain items, you'll get status messages and clues regarding a scenario's objectives. Occasionally, your character will say something of importance to the mission at hand.

Streets of SimCity includes some nice touches, including the cool-looking Hunter car, an enemy vehicle that resembles Jesse "The Body" Ventura's car from the "Jose Chung" episode of the X-Files. Also, the game's racetrack editor is handy and fairly intuitive.

There's no question that this game will appeal to SimCity fans who are eager to take a spin through their virtual cities. For those users, this game can be quite fun. 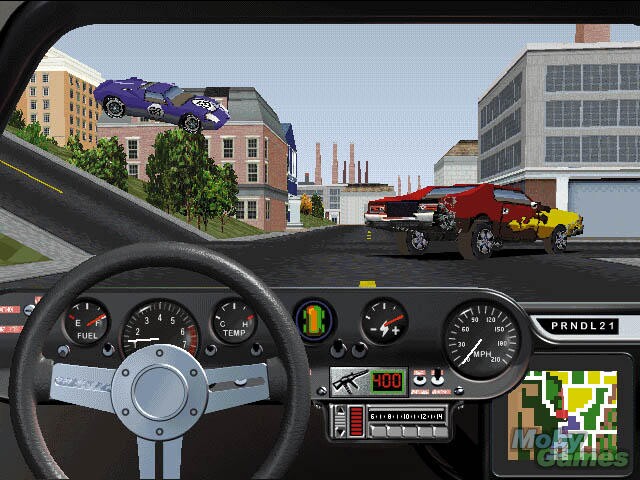 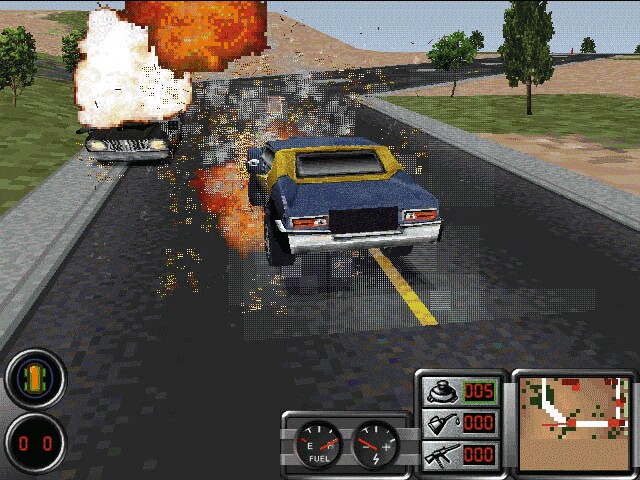