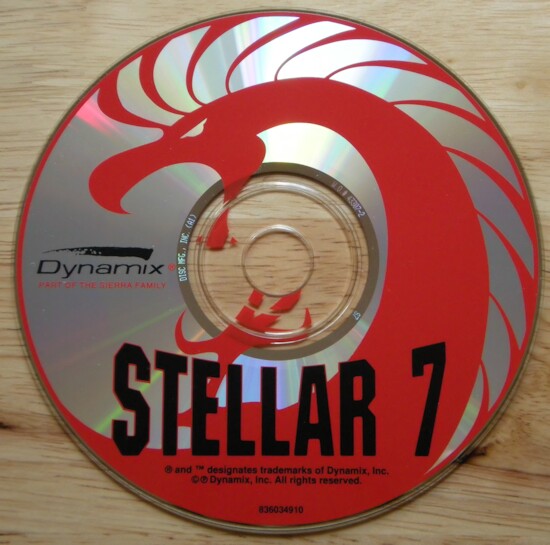 The Game
Stellar 7 was a remake of a Battlezone (the Atari arcade game) clone back in the Apple II days. You drive the Raven, the most powerful combat tank Earth has produced, but you are alone against Gir Draxon's army. Along the way you'll face hovercrafts, several types of tanks, flyers, seeking drones, stationary cannons, obstacles, and more. Each system under Draxon's control also is protected by a guardian (end boss). You must defeat each one to continue. Your tank is protected by shields (limited recharge available!) and a cloaking device (heavy energy use!). By destroying certain enemies you can find power-ups which will add capability to your tank, like supercannon, superjump, superthruster, etc.

There's plenty of action in this game. You battle against a nice variety of enemies; there are flying enemies and land-based enemies, there are tanks equipped with a cloaking device, tanks armed with an electric force field that drains your energy when you touch them, spider-tanks that drop cobwebs in which you can get stuck etc. Your tank doesn't manuever that well, but it can turn/forward/backward. The gameworld is actually not that big but it wraps around so it feels infinite. This version is much prettier than the original B&W version, though the gameplay is virtually identical.

Stellar 7 has good production values. The game engine runs smooth, it's graphics mode is VGA and there's Adlib/Soundblaster support. The graphics of Stellar 7 are convincing, they're a combination of 2D art (the storyboards starring Gir Daxon are wonderful) and 3D models (my favorite is the manta, just look how it flaps its wings).

All in all, Stellar 7 is a good game that illustrated the power of VGA graphics in the early 90s. 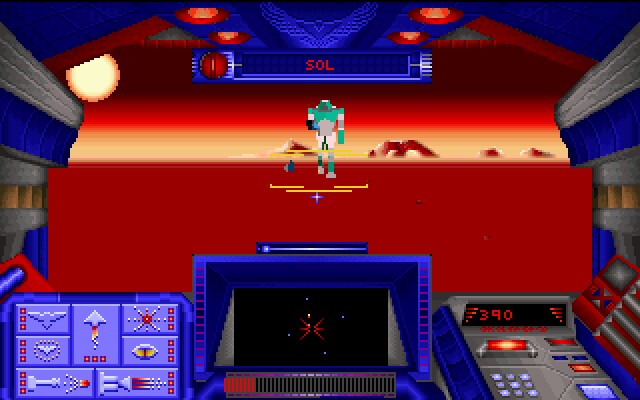 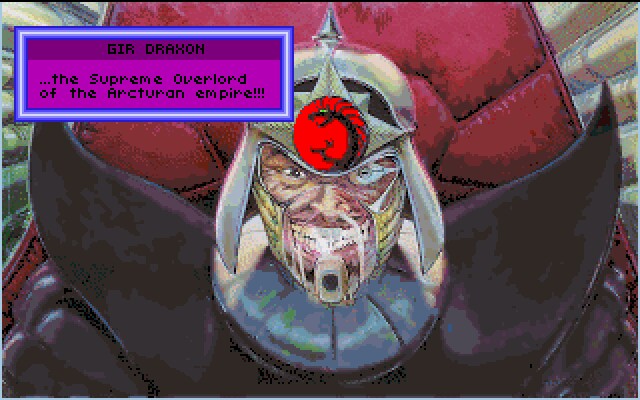