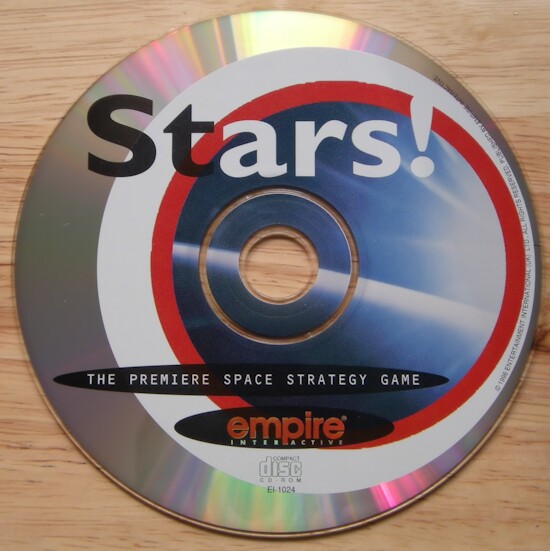 The Game
Stars! is a great strategy game whose mechanics are not only detailed and well designed, but also well balanced, thanks in part to the help of a small but very loyal player base which spot possible bugs and/or abuse and police the games officialized by their automatic host.

Loyal to the (now modern) ideology of the 4X space game genre such as Master of Orion, you are elected as the everlasting leader of a planet from which the dominant race have somehow managed to discover the secrets of space exploration and colonization. It is then up to you to guide this emerging race into the void, and turn this humble beginning into a mighty empire able to crush the other races in the galaxy. A small story is written in the nice in-game helpfile system, explaining how the galaxy formed and why you have limitations such as not being able to cross the borders of the galaxy map.

The interface and spartan graphics, reminiscent of the old Windows games, are another good example. Obviously designed with the limitation of the antique system in mind, they both do excel in their practicality. I have to admit that, in the twenty or so games that I’ve played so far, the interface never got in my way even once. This game also does not support music at all and barely even supports sound effects, depending on the version you are using. Obviously done to, again, keep the file size very small, it does help in the long run to concentrate on the task at hand when playing. With the game taking so little resources on its own to run on your computer, it is also a simple matter to open your favorite music player to listen to music you actually like, instead of always listening to the same boring synthesizer music, which is a problem that plagues a lot of other older games.

One aspect of the game which was really refreshing to see, is the fact that the AIs don't cheat, a point which greatly differs from the vast majority of the other well established 4X series. To compensate for their lack of creativity, the default AIs are instead pre-built races which have been attributed extra race creation points, making them slightly superior. They are, however, still far from being unbeatable, and are considered, by the intermediate players (who’ve mastered the race creation process), to be both weak and good training exercises for newcomers.

Speaking of the race creation process, a game without variety would become boring really fast... And the race creation helps a lot to alleviate that. With half a dozen primary racial traits and another dozen secondary traits to choose from, the custom race creation is what spices things up in this game. It is also where the true masters of Stars! can outshine the more moderate players since it also covers the economical attributes of the race being created. A lot of different options are available, all viable in their own way depending on the player’s play style.

When war erupts, battles also need to be planned and, as you turn out to be victorious and grab more and more planets, the time required to continue to make good quality turns will increase. It is in this mode of play that time may begin to be an issue for a serious player, for it is not uncommon in the end game to need to invest around two hours of your time simply to micromanage your turn. If you wish to add to this the amount of time needed for diplomacy, the time needed to chat or discuss through emails about the right strategy to use to coordinate your action with your ally/allies, the research needed to make sure everything really goes along with your plan and the possible battle simulations that you might want to re-enact before engaging your main fleet into what could possibly be a kamikaze action... This small two hours per turn can easily go up to eight or even ten hours per turn. Adding to this the fact that most big games last at least about six months... A serious player wishing to compete against other human players needs to know right off the bat where they stand, and where they wish to go versus their real life schedule. From smaller games taking less time to complete, and bigger games potentially able to last for years, one should choose their game settings carefully if they want to complete the game from A to Z.

All in all, Stars! is truly a game which was, and is, still way ahead of its time. While neophyte strategy gamers would be wise to start with light and easy 4X games like Ascendancy or Spaceward Ho!, the hardcore strategy gamer will definitely find in this game the best which could ever have been done so far in multiplayer PBEM gaming. A definite gem for those who can truly understand its magic. 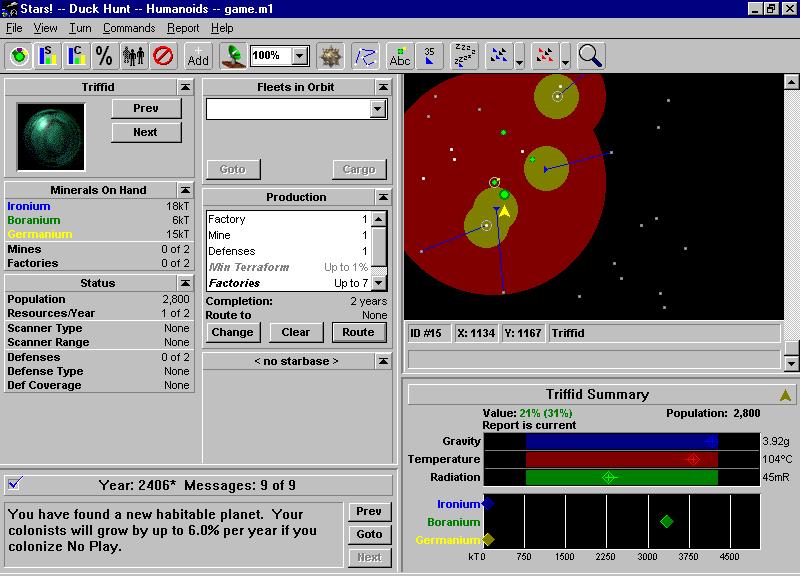