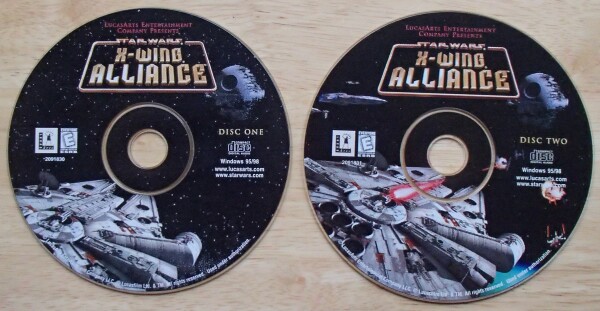 The Game
X-Wing Alliance is the fourth game in the venerable Star Wars space combat series, following such landmark games as X-Wing and TIE Fighter, as well as the most recent installment, X-Wing vs. TIE Fighter. Like the others, Alliance was created by Lawrence Holland's Totally Games group, so those of you familiar with the series will be on comfortable ground. Totally Games again puts you in the seat of a number of Alliance fighter craft and a few new ships that you've never had the pleasure to commandeer. So what are the results like this time around? Well, not bad over all, but Alliance isn't without its shortcomings.

One of the best features of X-Wing Alliance is the background story, which will unfold as you play through each mission. The narrative has everything to make a good feature movie, and it translates well into a space combat game. There's action, deception, action, changing loyalties, action, intrigue ... and let's not forget the action. It really is superb in its intricacies. You assume the role of Ace Azzameen, beginning your career as a cargo pilot working for your families shipping business, Twin Suns Transport Services. Although you mainly run cargo for the Empire, your father has seen the profit potential in aiding the Alliance and is not above making a few illegal runs for the Rebels if the price is right. Well, I won't ruin the rest of the story for you, you'll just have to check out the game for yourself to get all of the juicy tidbits. But I can tell you that you'll eventually join the Alliance forces and get to test out some of the hottest starfighters the Rebellion has to offer.

Gameplay as a smuggler starts out slow and most of your early missions center around shipping cargo, inspecting cargo, picking up cargo, cargo sandwiches, cargo soup, cargo salad ... wait a second, that was a different movie altogether. Totally Games could expand on the early missions and make an entirely new game called Star Wars Customs Inspector, but it would probably be as boring as these first missions prove to be. You'll take control of a stock Y-1300 Corellian Transport right off the bat, the same base ship as the Millennium Falcon, only Han and Chewie modified theirs out the yin-yang. You'll quickly progress on to your father's YT-2000, a larger cargo ship, once you get past a handful of training missions whose only purpose seem to be familiarizing you with the game interface. There's certainly nothing inherently challenging about these early missions (except for the occasional AI problem ... read on) and, as much as these beginning missions try to walk new players through the interface, they do little to get you ready for the intense space combat that lies only a few missions away after you join the Alliance.

The military phase of the campaign begins following the Battle of Hoth, with the Rebel Alliance struggling to regroup after that devastating defeat. Now this is where the game gets fun. Ace, now a member of the Rebel Alliance, must work through a series of increasingly more difficult missions, culminating in the climactic strike against the second Death Star during the Battle of Endor. A strike--if you remember your movies--in which the Millennium Falcon played a pivotal role. In these later missions, you'll pilot a variety of Rebel military craft like the A-Wing, B-Wing, Y-Wing, Z-95 HeadHunter and, of course, the most famous one of all: Rudolph ... I mean the X-Wing. You even get to take the helm of the Millennium Falcon itself in the incredible final showdown and fly the fastest ship in the galaxy into the belly of the Death Star to deliver the fatal blow.

One of the neatest features of Alliance is the addition of a hyperdrive system which allows you to move from star system to star system. As you may remember, all of the missions in the previous games were confined to action within a single system. Now you can travel between up to four mission areas during each assignment by using your hyperdrive. This allows for much larger and complex missions with multiple objectives and varied backdrops and I assure you that the light drive system is much more reliable on stock Corellian Transports than the one found on the jury-rigged Millennium Falcon. In addition to a larger playing field, you'll notice that the space battles are much larger than any of the previous Star Wars flying games with up to 96 ships going at it in the darkness of space.

As is expected from LucasArts games, the sound design team should be praised for their effort on this one. All of your mission objectives are outlined in the ongoing dialogue. So what do you do if you miss an important piece of information because you're too busy focusing on the action? To help you with this, the ship interface keeps a running account of all of the game conversation in the lower left-hand corner of the screen. If you miss something simply look in the recap box and you should be back on track. In addition to the full speech throughout the game, Alliance also includes a dynamic soundtrack which changes to suit the mood (like when an Imperial Destroyer enters the area), sound effects directly from the movies, and excellent 3D sound support.

In the end, X-Wing Alliance is a really good game which could use some minor tweaking to become a truly great experience. The story is well crafted, the sound work is nearly perfect, and the graphics are well done. 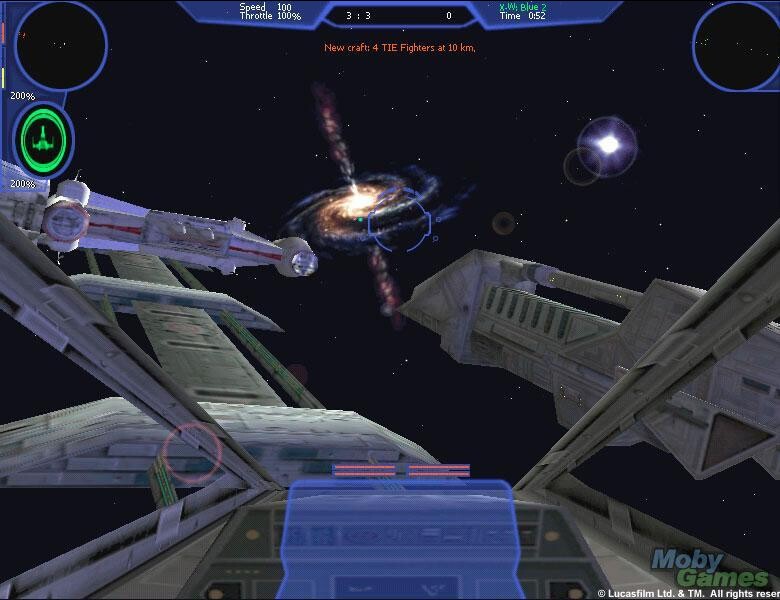