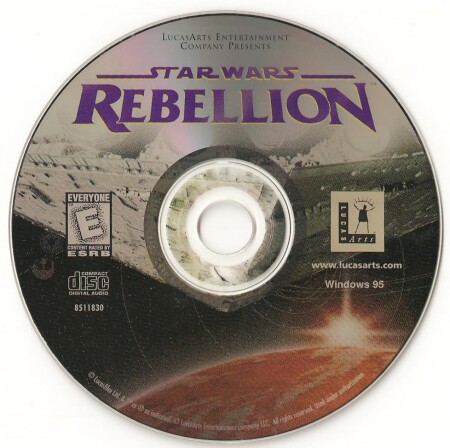 When the game begins each side controls a handful of planets, a few ships, and several characters. If you expect the Empire to have an overwhelming advantage in systems and ships, that isn’t the case. Both sides start out fairly even. The game is played on a map of the galaxy, with systems organized by sectors. Each sector has 10 or so planets, each of which is controlled by either the Empire, the Alliance or is neutral. In addition to control, each planet sympathizes more or less with either side. The more a planet sympathizes with a side the more likely it is to declare loyalty to that side if it is neutral and the more they will work for (or against!) the side that controls the planet. Thus, securing the trust and affection of the people is a vital part of Rebellion.

There are two parts to the galaxy, the core, where you can see who controls which planet easily, and the rim. The rim is unknown to both players at the start of the game. You must perform reconnaissance missions or send fleets to investigate each planet to find out what is located there. Planets in the rim tend to be either unpopulated or sparsely populated with little industry. Planets in the core are always populated and usually have industry of one type or another. Because the game randomizes the type of industry and resources of each planet in every game, you can’t count on finding a great planet on the rim in the same place each time.

To control a planet you can occupy it with your military or convince it via Diplomacy to join your side. The former works best with enemy controlled worlds, the latter with neutral worlds. Planets in turn contribute vital resources to your war effort. A combination of mines and power plants create maintenance points. These points are used to keep your army and navy functioning and to build new units. To control a planet without any population you must land troops from an orbiting fleet. You can then build structures there and population will be attracted.

Besides military units each side has up to 30 characters. These characters can be sent on missions to spy on the other side, foment insurrections, parley with neutrals to convince them to join your side, or to lead combat troops or naval vessels in battle. This is one of the more interesting ideas in Rebellion, and careful use of your many leaders can make a crucial difference in the effectiveness of your forces both in battle and in building your war machine.

In order to build units you must have the proper construction facilities. Naval vessels are produced at ship yards, troops are created at training centers, and buildings of all types are created at construction centers. Each planet has a limit to the number of facilities and defensive systems it can hold based on its energy supply. This makes planning out which planets will have what structures important. You can also build more than one of a given structure on a planet to increase the speed at which items are built. Research can also give you the ability to construct advanced structures that further speed construction.

It turns out that the best strategy is often to have each planet specialize in one type of industry. And, because it takes a very long time for units to be moved between sectors, it is best if you can have one specialized planet of each of the three types in each sector. Because there are so many planets and many characters you’ll spend a lot of time keeping your industry working properly. You can choose to allow your droids to manage production of troops and buildings, but they tend to do a poor job of it. For example, they simply won’t build a shipyard or tell your shipyards to build ships. They will do a good job of exploiting resources and increasing your maintenance capacity.

Planets can be garrisoned with troops and defended with shields and defensive installations as well as fighters. These can help hold off invaders until you can move a fleet in to defend. This is actually one of the weak points of the game, it is very difficult to come to grips with an opposing fleet. Even if you do catch them, they can always run away with few or no losses, except to their local prestige. This makes the tactic of building a marauding fleet to simply go around bombing things far too effective. In fact, the AI player will do it regularly.

All this being said, you may well find yourself caught up in the “just another few minutes” syndrome common to absorbing games. I did find myself saying “I’ll just play until I conquer that planet” only to say it again. There is a lot to like in Rebellion. 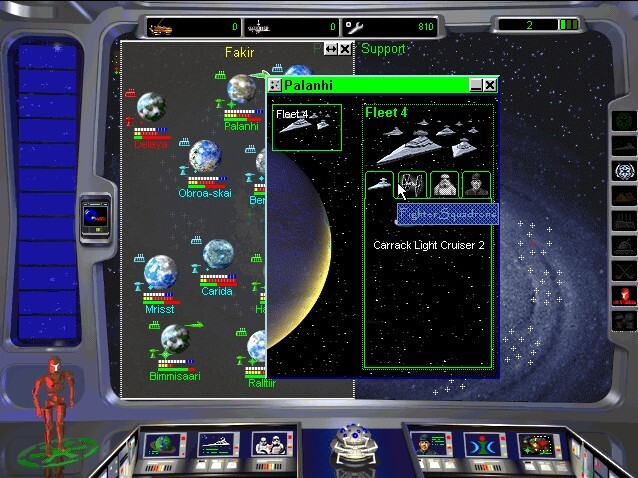 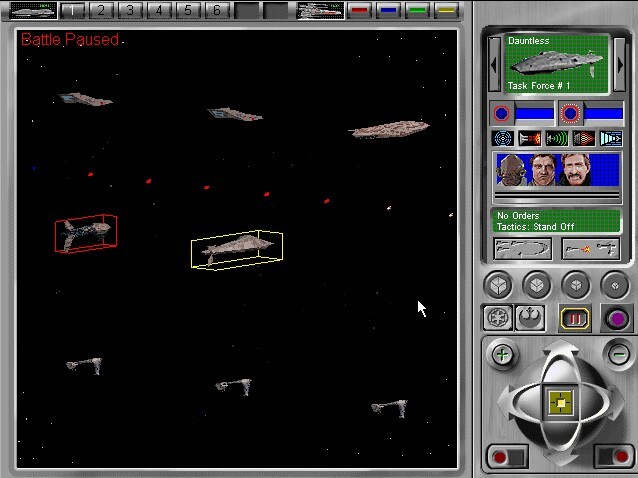