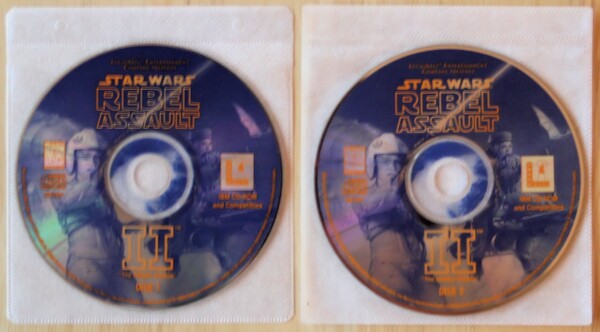 The Game
Two years after the release of Rebel Assault, LucasArts released its sequel, Rebel Assault 2: The Hidden Empire. As in the first title of the series, you will play the role of Rookie One, a rebel of the Alliance fighting the Empire's forces.

What was immediately noticeable is the serious modifications brought to the gameplay and graphics. One of the critics about Rebel Assault was the limited movements during the combat sequences that were nearly reduced to just a simple shoot-em up. Rebel Assault 2 features similar action scenes but this time, you'll have to avoid obstacles like other ships, moving objects, etc. while shooting at enemy forces at the same time. This makes the gameplay even more challenging because you feel more as if you are the pilot instead of being dragged into the action with no other possibilities than shooting at everything on your way.

The graphics of Rebel Assault 2 are spectacular compared to those of the first title. Because typical computer hardware had evolved by the time of Rebel Assault 2 this game does not suffer the effects of the video compression on the image's quality as with Rebel Assault and the 3D environment is nothing but impressive. Although primitive by today's standards Rebel Assault 2 will still plunge you into a frenetic action with just enough time to take your breath away.

In Rebel Assault, you were able to choose the sex of your character which is not the case anymore in the sequel. Rookie One is now a young man and one wonders if feminine players will appreciate being pushed aside. However, the designers haven't forgotten them and included a woman with a key-role in the storyline, Ru Murleen. From the moment you met her at the spider bike course across the forest, until the end of the game, she will be your partner and share your fate whether you fail or succeed.

Consequently to the technological evolution, the characters of Rebel Assault 2 are now real actors who have been filmed with blue screen backgrounds and then inserted into 3D computer generated environments. The results are stunning with a perfect integration. It is like watching another episode of the Star Wars trilogy with you being the hero! It is important to mention that for the first time, George Lucas accepted that videos about the Star Wars universe be filmed for another purpose than the cinema industry.

Between each chapter of the game, extensive cinematic sequences with computer animations and full screen video will explain the course of events to the player with the same dramatic musical score as the movies.

If you think that Rebel Assault 2 is too hard despite the presence of several levels of difficulty, you might want to try the two custom skill levels that the game has to offer. This quite unique feature will let you change a load of values for each chapter. You will be able, for example, to modify the target accuracy for the enemies, to select whether explosions are shown or not, and many others.

Rebel Assault 2's story is based on Darth Vader's vengeance against the Rebel Alliance after the destruction of the Death Star. Willing to crush the rebellion by any means, Darth Vader launched his forces in search of a new weapon capable of reversing the balance of power between the Alliance and the Empire. Rookie One is sent as a scout to investigate the disappearances of several Alliance vessels. Answering a distress call, Rookie One soon finds himself fighting against the Empire forces. From this moment on, the fate of the Alliance will be decided by your actions in a series of 15 chapters divided into four categories. Three of them were already presented in Rebel Assault, the Cockpit Flight, Ground Combat and Behind-ship Flight. The new sequence is called Point-of-View Combat and gives you a first person perspective view a la Doom with the difference that you don't control your movements except for firing. 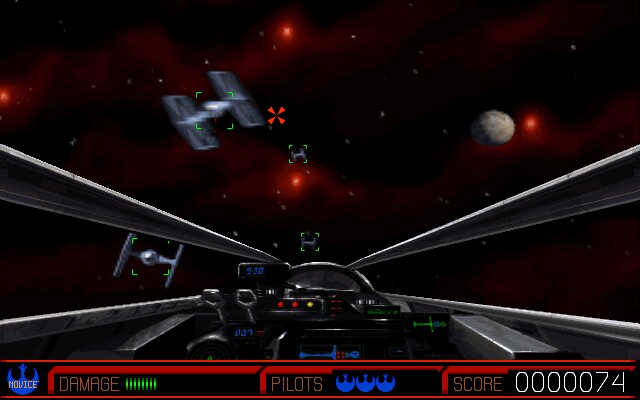 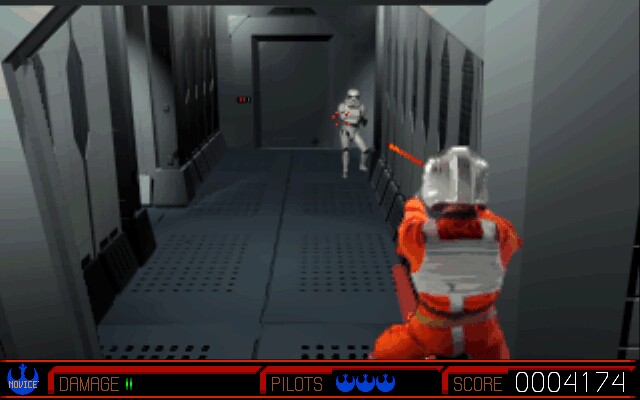