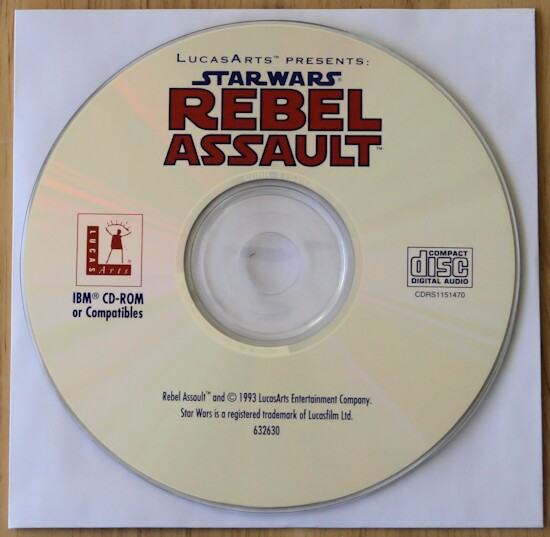 The plot loosely follows that of Episode IV: A New Hope. After the initial training missions the main story starts with the Princess being captured by Darth Vader. The game deviates away from the film in places, notably to Hoth, but culminates with the Death Star trench run, also from Episode IV. Clips from Episode IV are dotted throughout the film and these help bolster the sensation of 'playing the movie'.

This game is best described as an action-on-rails arcade shooter. Each level of the game is streamed from the CD with the interactive elements overlaid on to the movie. Gameplay styles consist of first person flying, 3rd person flying, overhead flying and 3rd person shooting. They all require you to use your joystick to shoot a variety of objects from Storm Troopers to Tie Fighters, you also have a limited amount of control over your ship, through which you must dodge upcoming obstacles.

As the content is streamed from CD, each level is much the same every time you play through it, the enemies come from the same location each time and the routes you can take remain the same. Some levels include a decision point where, for example, you can choose to fly left or right at a junction but this is the limit of the interactivity when it comes to choosing a route. Sometimes these route choices are linked together to create a maze effect causing you to find yourself back at an earlier area if you don't choose the right route through. If you're playing from CD the route selection can cause a slight interruption to the game whilst the CD drive seeks to the alternate movie.

You have a choice of difficulty levels; Easy, Normal and Hard. This defines how difficult objects are to shoot and how much damage you take when shot, however the frequency and location of the enemies remains the same regardless of difficulty level. The 'Easy' difficulty level is indeed very easy, bar a couple of the levels, and you'll find yourself finishing the game very quickly if you choose this option. Conversely 'Hard' can be frustratingly difficult at time. Choose your poison.

There is no save game facility, rather a system of passwords are used to make save points. In the PC release a new passcode is give after every 3 levels that enables you to restart the game from that point, there's a different set of passwords for each difficulty level. The lack of facility to save your position after each level can be another point of frustration, sometimes you find yourself playing through 2 easy levels over and over again just because the 3rd level can be tricky.

Lucasarts managed to capture the feeling of the movies perfectly from the TIE-fighters in an asteroid field, to the battle against a Star Destroyer, to the shoot-out with Imperial Stormtroopers, and of course the famous Deathstar trench run. With an awesome backdrop by John Williams' original Star Wars soundtrack, professionally produced movies and cutscenes, and incredible CGI effects, Rebel Assault is a force to be experienced. 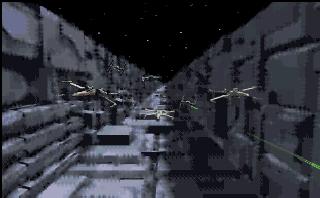 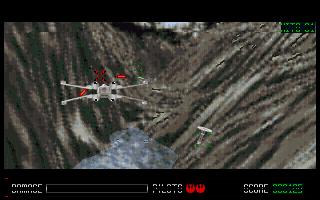