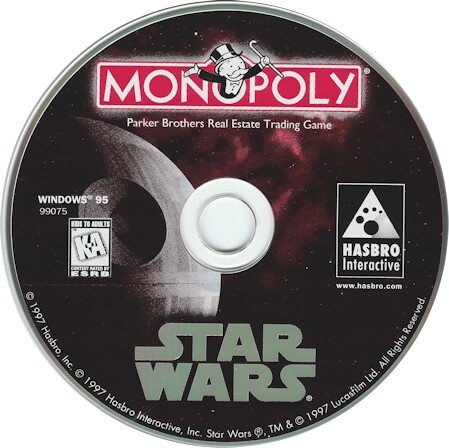 The Game
Monopoly Star Wars differentiates itself from the classic board game by utilizing features available only through a computer game: the thrilling strategies of Monopoly accompanied by all the music, sounds, and scenes of the Star Wars movies.

The gameplay of Monopoly should be as familiar to most as tic-tac-toe or checkers. Each player has a marker, or in this case a Star Wars character, which moves over spaces that represent either properties to own, cards to draw, or money to collect or pay. You buy and maintain as many properties as possible without going bankrupt or having to mortgage too many properties, while seeking the financial destruction of your opponents. The droid C-3PO introduces the game and sets the scene, guiding you through the choosing of characters and rules. He also can provide narration throughout the game, explaining the scenario presented by each space on each move.

The familiar avenues like Park Place and St. James Place have been replaced by familiar Star Wars backdrops like Tatooine and Hoth. Houses and hotels have been replaced by X-Wings, TIE fighters, and starports. Oddly enough, the In Jail, Free Parking, and Go to Jail spaces are exactly the same as on the board game. Fortunately, there are no more problems to solve or strategies to engage than in the board game.

Numerous clips of the movies have been inserted into the game. Once the dice are rolled the screen quickly switches to animations of your character jumping and somersaulting around the board to the space rolled. You then have the choice either simply to buy the property or to obey whatever command comes from the computer, whether it concerns a card or paying rent to an opponent or the bank. A simpler version of the game can be played, one with a static gameboard in which stiffly posed characters slide from space to space. Even though this plays faster and a little more like the traditional Monopoly, it's no substitute for the hands-on rolling of dice in the board game.

The most entertaining feature of the game is the voice work of Anthony Daniels, who gives life to an animated C-3PO. The credits even list Daniels as having written the witty repartee found throughout. The graphics are also quite nice, especially some of the character depictions (except for the potbellied Darth Vader), and the sound meets the standards expected from the folks that brought us THX. 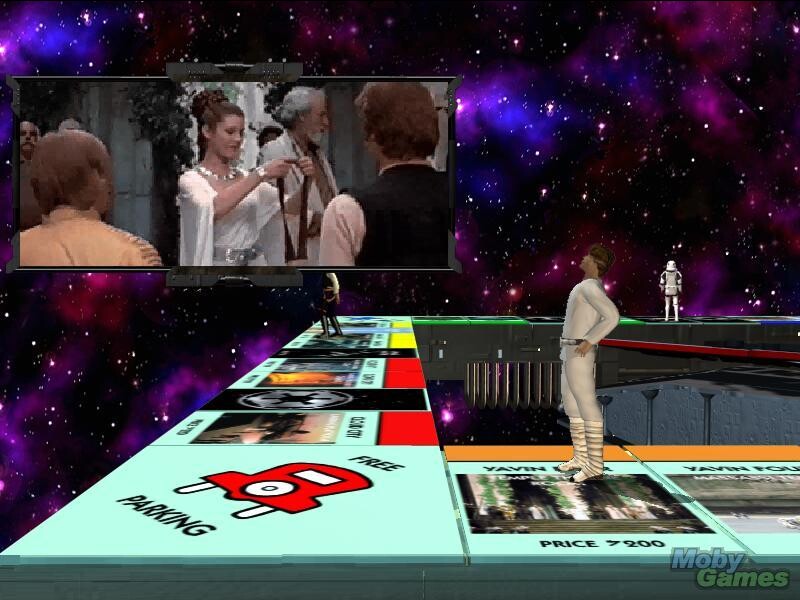 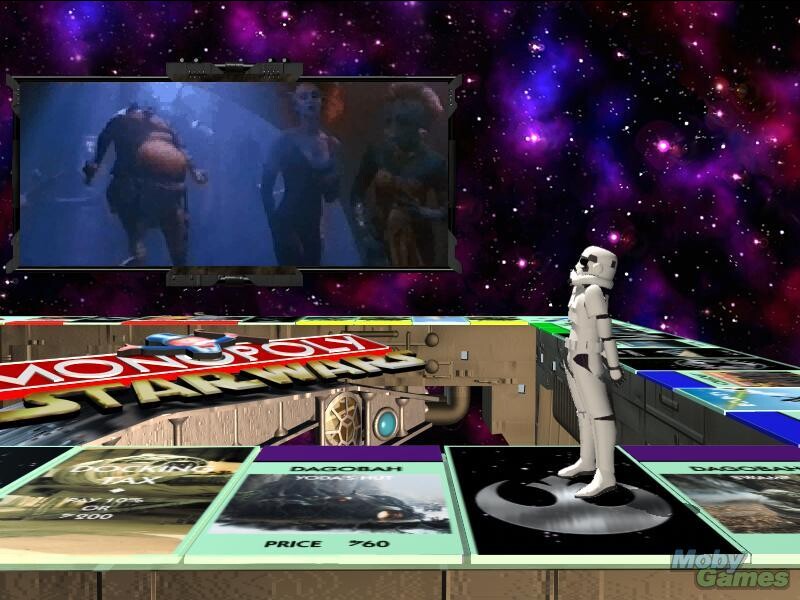