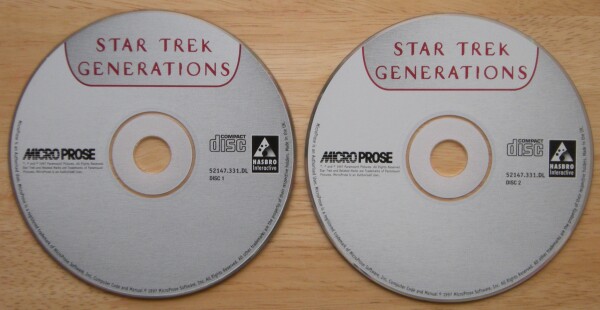 
While trying to outwit and stay one step ahead of Dr. Sorian, the villain trying to return to a paradise-like dimension by destroying entire solar systems, you play in 3 distinct styles of game play. Starting off in stellar cartography with an overall strategic view of the surrounding systems, you must decide what your next move is by using clues found by long and short-range scans, and predicting the Doctor's next attack.

Once you have decided upon a location, you may set course, and beam down to the surface, as you take on an entirely new 1st person shoot 'em up role armed with a phaser, tricorder, and any other necessary items. While down on the surface, you may encounter hostile targets, injured civilians, and mechanical droids, all of which serve a purpose and have something to do with your reason for being there. You must complete your mission objectives before returning to your ship, but luckily being under the kind, gentle, forgiving command of Capt. Picard, if you have been injured too much, you are beamed back safely to the Enterprise whether you have completed your mission or not.

If you thought bad guys are only down on the surface, think again. They also sail through space just like you and well, let's just say they're not the friendly type of people you'd like to run into. Being the worst of the 3 elements of game play, you are forced to fight enemies, ship-to-ship with phasers and photon torpedoes. This is the very least rewarding and almost entirely pointless part of the game. Adding nothing to the plot, I found it unnecessary and very unsatisfying.

The best part about Generations, that so many other adventure games of the time failed to include, is allowing your actions to have consequences. Not only does the plot unfold and continue on in different ways depending whether you fail a mission or not, but there also choices that you must make during actual away missions, and they also effect your progress throughout the game. The designers really excelled in having multiple ways of getting to a common goal, and splitting the plot into a few possible outcomes. Of course, the final word comes down to whether you prevented more than 1 solar system from being destroyed, but the many courses you can set to complete your mission is what makes Generations stand out from other adventure titles.

The game's graphic abilities are less than stunning, but nothing to sneer at. Understanding that you're dealing with a free 3D environment, you can't make huge 3D landscapes and expect them to run very smoothly. The texturing was very well done, and the variety of environments from a space station, to outdoors, to a starship, kept the primitive graphics fresh and comparatively interesting. However, Generations makes up for any lackluster graphics with outstanding cinematics including cast members: William Shatner, Patrick Stewart and many more. Not only does it include parts of the movie, but also unseen new footage specially made for the game.

The creators of Generations really went to all ends to make sure the sounds and music of the game were truly authentic. I must commend Microprose for the attention to detail because it's all there: from the sound of a firing phaser gun, to the pleasant sound of the computer voice.

In the end I think Generations is a good adventure for both Star Trek fans and adventure gamers. I should point out hat while the game had a very close tie to the movie's plot, it didn't stick to the movie so closely that if you've seen it, you've played it. Generations does have plenty of original subplots that are unseen in the movie. 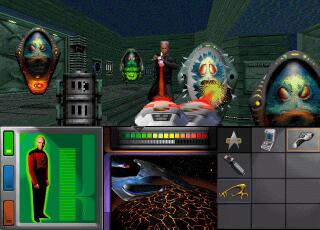 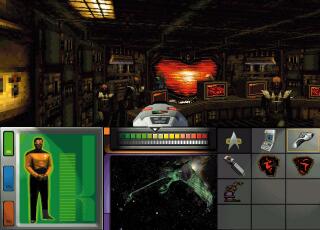