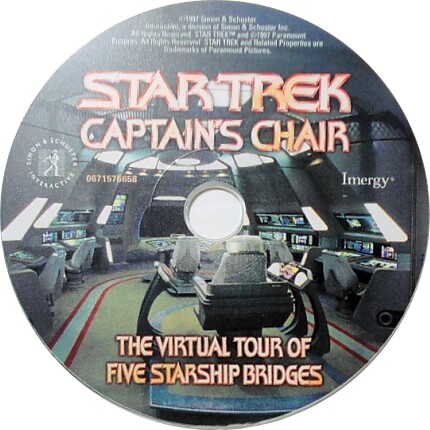 The following bridges are featured:

While at each station, the user may issue with station-specific commands such as firing photon torpedoes from tactical, or a security lockout from the engineering station.

The user is not limited to each starship's bridge, as one can visit adjacent locations such as the captain's ready room and observation lounge. The captain's chair on each starship bridge also features buttons that reveal personal greetings from actors who narrate the tour of each bridge, such as George Takei, Avery Brooks, and Kate Mulgrew.

There are several easter eggs on each bridge, such as visiting the bridge of a Klingon Bird-of-Prey, with a limited (and translated) interface, and a tribble on the floor, as well as a "memory"-style game matching similar weaponry and equipment. 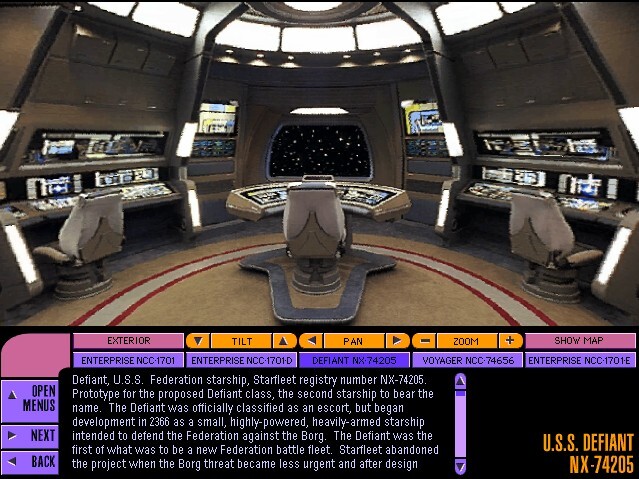