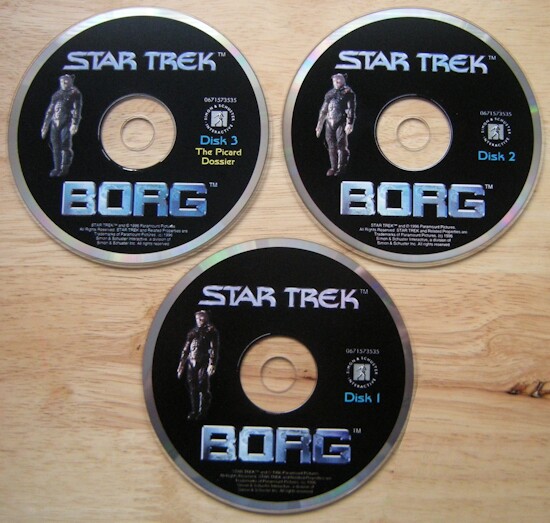 The Game
Trekkies will tell you that one of the best things to come out of the Star Trek: The Next Generation television series was the introduction of the Borg. For the few non-trekkies reading this review, the Borg are an intractable, collective life form made up of cybernetically modified humanoids. They are the ultimate communists, working solely for the collective (like ants or bees) and sharing a single collective consciousness. Anything they encounter they either assimilate or destroy.

Star Trek: Borg is an interactive movie that allows you to make a few choices, solve some simple puzzles, and help the plot progress to its conclusion. It looks just like an episode of any of the new Star Trek shows, right down to the fonts, and this is hardly surprising. The writer (Hillary Bader), director (Jim Conway), and composer (Dennis McCarthy), have all made regular TV episodes of the show. The only regular actor who makes an appearance is John deLancie, known to viewers as "Q" (totally different from the James Bond "Q"), another STTNG favorite.

Did you ever see that episode of M*A*S*H where the story took place from the point of view of a wounded soldier, or that Hitchcock film with Humphrey Bogart? The same sort of first person camerawork is used here. Aside from a few cuts here and there, you see everything from the perspective of Cadet Quaylan Furlong.

Your father was killed by the Borg 10 years ago aboard the USS Righteous. You thirst for revenge, but namby-pamby StarFleet doesn't want you anywhere near the Borg. Enter "Q", a mischievious all-powerful space god, who offers you the chance to muck about with the space-time continuum by traveling back in time 10 years to help your father fight the Borg.

He inserts your consciousness into Lt. Sprint, a Bijani friend of your father's and Security Chief aboard the Righteous (Sprint was gonna die anyway). "Q" himself commandeers the body of the ship's doctor, Quint, who was already irritating the crew enough that nobody notices the difference.

As you move through the interactive movie, you are occasionally presented with 'decision points' where the cursor becomes a spinning Borg cube and you must select an object or alternative. Select incorrectly, and you generally have the opportunity to try it again. There are several scenes that you MUST select 'incorrectly' first and learn from the result so that you can move on correctly when you get to 'replay' the scene. You will actually have to be assimilated by the Borg several times (these are the best parts of the movie) before the successful completion of the game.

You also have a magic tricorder (a Star Trek scanning device) that "Q" gives you. With it, you can pause the action at any moment and point the tricorder at nearly any person or object in the video. You get a full readout complete with picture, text, and sarcastic voice-over by "Q".

In fact, "Q" is really the glue that holds this little adventure together. He has noticeably aged (for an omnipotent being), yet he mainains his patented charm and charisma despite the receding hairline. The ability to replay scenes only makes sense if "Q" is there to bend time for you. Star Trek has never been known to take the physical laws of the universe too seriously, and "Q" provides the perfect excuse to play it fast and loose once again.

Star Trek: Borg is basically a very well made 'choose your own adventure' video. The magic tricorder also gives it enough depth to get rid of some of the linearity. Star Trek fans who would give anything to see just one more episode: this is the game for you! It also includes the 'Picard Dossier', an interactive guide to the Borg for the die-hard trekkie.

So I say go forth, bold StarFleet Cadet, and screw around with space-time in the time honored Star Trek tradition. Oh yeah, and don't forget to keep an extra phaser in your sock. 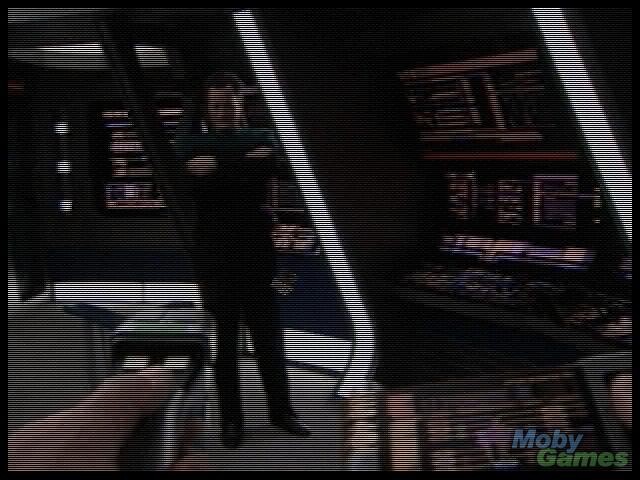 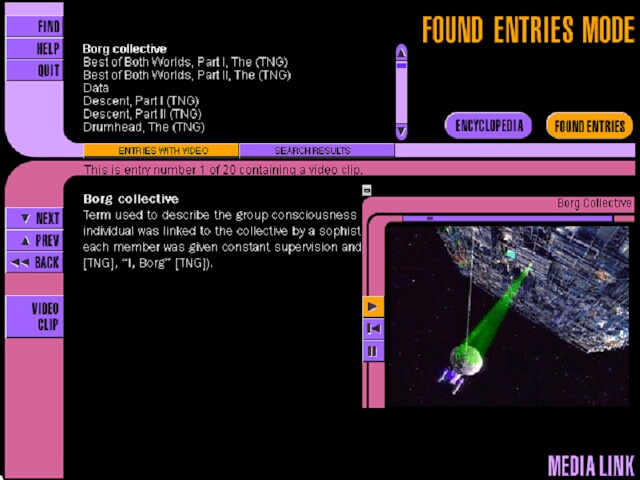